It may be tough times for the construction industry when it comes to winning contracts and securing work. But does this mean that firms should work with their rivals to bend the rules of a competitive tender to ensure one of them wins? Not only does such practice cheat clients and customers, but it is also illegal

Firms and individuals that are found to be engaging in this type of unfair and anti-competitive conduct can face serious consequences.

In May 2019, the CMA announced it had secured the disqualification of 3 former directors of office fit-out companies for periods ranging from 2 to 5 years. This followed an investigation that revealed cover bidding in relation to 14 contracts. The companies’ cover bids affected a variety of customers, ranging from a City law firm through to a further education college.

The Competition and Markets Authority (CMA) is the UK’s official body responsible for enforcing competition law. The CMA and its predecessor, the Office of Fair Trading (OFT), have investigated a significant number of cases involving tenders in the construction sector. These cases show that the construction industry must be especially vigilant about bid-rigging, cover bidding and other types of anti-competitive behaviour.

Robb Simms-Davies is a former director of Bluu Solutions Ltd, Bluuco Ltd and Tetris Projects Ltd. These firms are part of the JLL group of companies, with JLL acquiring Bluu Solutions Ltd and Bluuco Ltd in 2015. Mr Simms-Davies contributed to competition breaches affecting 12 contracts valued over £13.5m. He was disqualified from acting as a director or being involved in the management of any UK company for 5 years.

Trevor Hall, a former director of Cube Interior Solutions Ltd., has been disqualified for 2 years and 6 months, while Oliver Hammond, a former director of Area Sq. Ltd., has been disqualified for 2 years. Cube Interior Solutions and Area Sq. Ltd. are part of the Fourfront group of companies. The investigation continues in relation to other directors.

In March, the CMA announced fines for some firms involved. Chief executive, Andrea Coscelli, said: “The CMA is concerned it is seeing a lot of evidence of anti-competitive conduct in the construction industry, and we have already taken a number of cases in this sector. Today’s fines reinforce the message that the CMA will not tolerate competition law being broken.”

So, what is cover bidding? Cover bidding, also known as cover pricing, is used during a competitive tender process as a way of rigging a bid to give an unfair advantage to a specific supplier.

Typically, two or more suppliers secretly agree to help one of them win. They do this by one, or more, of them putting in an over-priced or sub-standard bid that is purposely meant to lose. Together, they create the illusion that their bids are competing against one another when they are really avoiding competition. This means that the bid that appears to be the ‘lowest’ price or the ‘best’ quality, may win, but the customer may not necessarily be getting the best deal.

Cover bidding is one of the ways in which companies can get together as a ‘cartel’ and agree not to compete against each other. Cartel behaviour can include:

Yet, cover bids and cartels can negatively affect clients and customers. It distorts the bidding process and may push up the prices customers pay or undermine the quality of the goods or services they receive. It can also put honest firms that are competitive and offer true value for money at a disadvantage.

Firms should never agree with rivals to submit a cover bid, even if they do not want to win a tender or take on the work but want to participate in the tender just to keep on side with customers or project managers.

So where did the businesses go wrong in the office fit-out case? In each competitive tender, one firm instigated and organised the cover bidding, with directors from one firm contacting directors at other firms to encourage them to put in bids with a higher price or lower quality.

Emails uncovered by the CMA showed directors explaining what they really wanted:

“This is what we need another (bid) for. It needs to be rubbish and ultimately not work”.

“…he (the commercial property agent) wants us to quote this […] job, but do you want to do a [vulgar term] plan and exorbitant cost for us…”

In almost all cases, the organising firm would also write the bids for the other businesses:

“if [company 1 director] can put together a full proposal document, including costs, we can cut and paste this into a [company 2] document”

The CMA started an investigation after one of the firms admitted it had been participating in cartel conduct. The CMA has a leniency programme in place for confessing firms that, depending on certain conditions, may allow them to benefit from reduced fines and protection from disqualification for their current and former directors.

If a firm’s admission begins a CMA investigation, it can in certain circumstances avoid fines completely, provided it fully co-operates. Individuals confessing to participation in cartel conduct may also apply for leniency under the CMA’s leniency programme.

Five of the fit-out businesses were fined a total of over £7m. This included a penalty increase because company directors were involved in the cover bidding. JLL did not receive any fines because it was the first to report and confess cartel activity. Another firm benefitted from a 25% fine reduction under the CMA’s leniency policy because it came forward with information about its participation in the conduct and co-operated with the CMA after the investigation had begun.

The office fit-out case isn’t the only instance of bid-rigging in the construction sector. In March 2016, the CMA fined companies that supplied galvanised steel water tanks £2.6m. Franklin Hodge Industries Ltd, Galglass Ltd and Kondea Water Supplies Ltd agreed with each other, and with CST Industries (UK) Ltd, to share the market between them, fix prices and engaged in cover bidding between 2005 and 2012.

In September 2009, the OFT found that between 2000 and 2006, over 100 construction firms were involved in cover bidding affecting projects worth around £200m. The projects involved schools, universities, hospitals, and numerous private projects from the construction of apartment blocks to housing refurbishments.

In that case, the OFT also found six instances where the firms that won bids gave payments of between £2,500 to £60,000 to unsuccessful bidders to compensate them because they were not going to win and/or for any costs caused by their bids. The payments were arranged by way of raising false invoices.

The 2009 case followed on from several OFT cover bidding cases in the roofing construction sector. Between 2004 and 2006, the OFT issued five infringement decisions and imposed fines against various roofing contractors in England and Scotland.

So, how can firms in the construction sector deal with these competition law issues? Directors and business leaders should:

The CMA has a wealth of guidance available to help businesses learn how to identify bid rigging and cover pricing, including:

For more information on cartels, you can also visit gov.uk/stopcartels where you will find:

It’s better to Be Safe, Not Sorry and report cartels. If you think you may have been involved in a cartel then it’s better to report it to us first. If you think you’ve witnessed others breaking the law and report it to us in confidence, you may benefit from a financial reward. The CMA has an online reporting form or you can call the cartels hotline on 020 3738 6833.

If you are unsure about an area of competition law or think you may be in danger of breaking it – always seek independent legal advice. 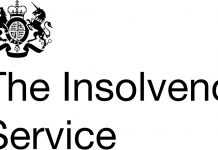 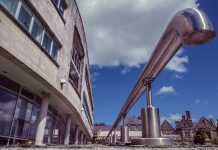