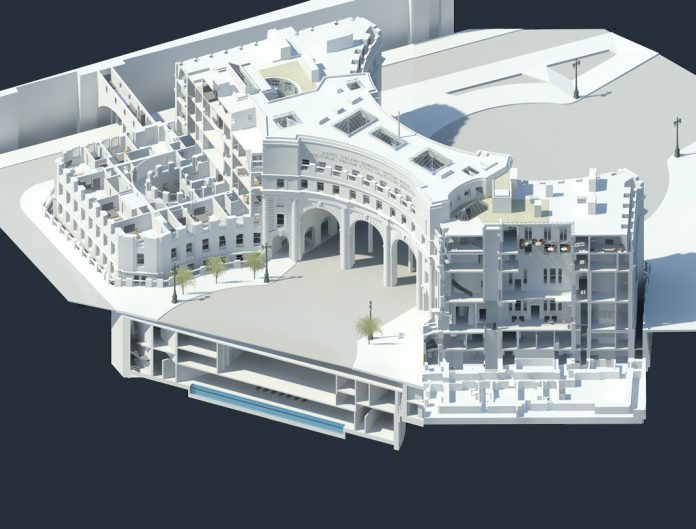 Admiralty Arch is one of London’s most famous buildings, located adjacent to Trafalgar Square and within sight of Buckingham Palace at the other of The Mall.

Designed by Sir Aston Webb and completed in 1911, it was originally the official residence of the First Sea Lord, the head of the Royal Navy – a role that traces its roots back to 1689.

The building itself reflects a sense of stature and grandeur befitting the Royal Navy, the oldest of the UK’s armed services. An imposing, ornate curve incorporating three archways that provide road and pedestrian access to Trafalgar Square and The Mall with six levels above ground and two below.

In 2012, the government ran a public auction where Admiralty Arch Holdings Limited was selected as the preferred bidder and granted a lease in 2015. The Arch is being restored and will open as the Admiralty Arch Waldorf Astoria London hotel in 2022.

Engineering and professional services firm WSP and substructure contractor McGee were appointed as part of the ongoing transformation of the building to create two new sublevels either side of the arch to house amenities for a luxury hotel, including a spa and pool, and a ballroom. 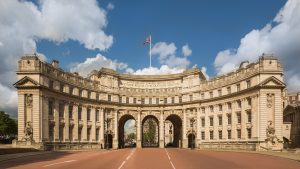 The project brought with it multiple challenges that required careful planning and extremely precise structural and geotechnical engineering. BIM Today sat down with Diego Padilla Philipps, associate structural engineer at WSP, at Bentley Systems’ Year in Infrastructure 2019 in Singapore to discuss how they were overcome while streamlining design and delivery.

“Building in London is already a challenge, there’s old infrastructure, there’s underground lines, Victorian sewers – and there’s things you can’t expect; there could be unexploded bombs from the Second World War. On a previous project, we discovered a Roman cemetery under the site. On top of that, the building is listed,” he said.

The location of the Arch on The Mall also meant that traffic had to keep flowing during the construction of the new basement. Only one of three lanes could be closed at a time. Indeed, the building’s ceremonial role meant that should a procession need to pass through all signs of construction would have to completely removed at extremely short notice.

Another key challenge was the presence of a London Underground tunnel used for training purposes and emergency evacuations beneath the basement – and the soil of London itself.

“A normal basement supports something above it and all the forces go down. You also have gravity forces that create horizontal pressure on the basement,” Padilla Philipps said.

“In London, because the soil is clay, there is something extra: heave. When you remove weight, the clay tries to expand. Normally you would allow that movement so the stress disappears but we could not because of the tunnel. If we allowed the soil to heave, the tunnel would deform and affect the track.”

To keep the tunnel in place, movement would have to be limited. Any foundation strategy would also have to consider a 6m exclusion zone around the tunnel.

WSP used Plaxis 2D and 3D analysis to develop a detailed ground movement assessment so the team could understand the movement of the tunnel at every stage, from excavation to construction of deep tension piles to effectively hold the basement in place when the tunnel tries to move up and on to building the raft, through to operation.

The basement itself was a mini-building with a number of elements: a ground floor slab to support the road carrying heavy loads; the first sublevel supporting plant and spa, a mezzanine level with extra plant under the swimming pool; and the second sublevel for the ballroom, which required long spans of 15m.

The structural elements had to be as thin as possible to maximise space but at the same time, thicker foundations and more weight on the raft would mean greater the control over tunnel movement and less tension on the piles.

WSP used Bentley’s RAM Concept to analyse the slabs, modelling 16 different stages for each one to ensure every construction stage, every loading case and different spring conditions for the piles was covered. This allowed the team to find the optimum thickness with the right amount of concrete and the correct reinforcement ratio to minimise costs, while maximising space for the client.

But designing the building was one thing; how to build it in such a unique site was another. How do you excavate a basement when the road above it has to remain open – and you may potentially have to remove any sign of construction at short notice?

“We are drilling the piles first and building the ground floor slab to reinstate and reopen the road and then excavate underneath.”

This will be done in three stages, with work shifting across the road to ensure two lanes remained open at all times, with a small hole left to excavate and remove material.

Once the deepest basement level is poured, temporary plunge columns, used to ensure forces over the tunnel are distributed as evenly as possible, will be removed. Once the second basement raft is built, the system will behave as one, with the heave forces from the soil pushing into the raft and going into the tension piles, holding the basement in place.

The Admiralty Arch basement project won the Structural Engineering category at the Year in Infrastructure Awards 2019. 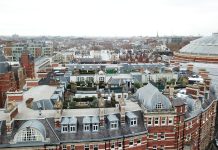 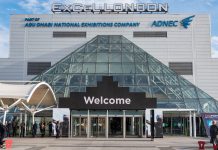 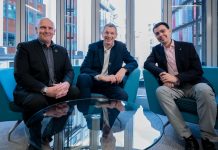 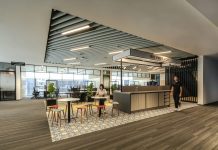 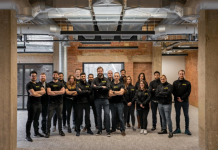