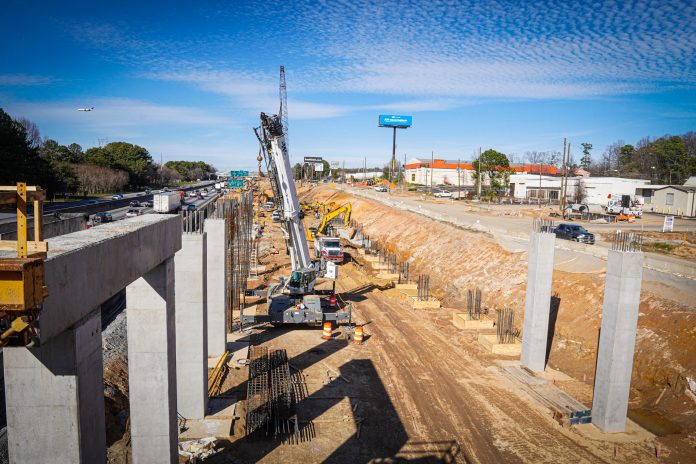 Contractor uses Revu for iPad to bolster complex document management on the £54m expansion of the Interstate 75 highway in Atlanta, Georgia

In 2019, general contractor the Walsh Group broke ground on a £54m expansion on the northbound I-75 in downtown Atlanta, Georgia. This complex civil engineering expansion will alleviate one of the area’s most congested traffic corridors and includes construction of a tunnel bridge; cast-in-place, cut and MSE walls; utility relocations; tarmac and concrete paving.

Thanks to a suite of Bluebeam technologies, the I-75 project team has been able to mitigate risk and streamline document management and additional workflows as it works to complete the expansion in a tight, two-year window. Most critical has been the implementation and use of Revu for iPad, which has allowed the company to bolster complex document management workflows while employees are spread out across different parts of the jobsite’s seven-mile expanse.

By using tablets in the field, the Walsh Group estimates it has been able to save between roughly £7,000 to £10,500 in reduced printing costs.

Revu for iPad in the field has also abridged the risk of incorrect information transmitting between workers in the office to those on the jobsite.

The improved organisation and clarity that Revu for iPad has brought to the project has made field workers more productive as they traverse a large civil jobsite without having to lug around unorganised rolls of paper plans. 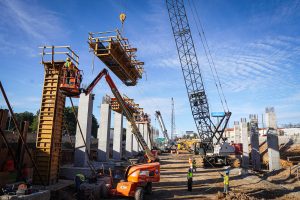 Atlanta is known for many things, including hosting the 1996 Olympics and being home to Coca-Cola – and, less bragworthy: traffic. The sprawling urban expanse is connected by a throng of crisscrossing interstate freeways constantly jammed with motorists. Congestion is particularly dense close to Hartsfield-Jackson International Airport, which is among the busiest in the US.

In early 2019, the Georgia Department of Transportation took a step toward fixing the problem when it awarded Chicago-based general contractor the Walsh Group with the opportunity to lead the construction of a federally funded, £54m expansion that would create improved traffic flow.

Going paperless on a civil jobsite

For years, the Walsh Group has migrated its document management to a completely digital environment using Bluebeam Revu for PDF annotations and Studio in Revu for document management and collaboration. Recently the company started using the Revu for iPad application in the field.

Karl Paulsen, one of the Walsh Group’s project superintendents, said transitioning from paper plans to using a tablet has been “the best thing that’s happened to me in the field when it comes to looking at drawings” in his entire 20-year career.

“I’ll get out of my lorry and I’ll go a mile along. I’ll just grab my tablet and bring it with me,” Paulsen said.

“And if I need it, I pull it out, answer the questions as I’m out there, not having to call the office and have somebody bring a set of drawings out. I’ve got everything. It’s so streamlined.”

Another way the I-75 team has gotten the most out of its use of Revu for iPad is by using digital dashboards.

A project dashboard is a hyperlinked project information hub where all users are able to access critical project documents quickly and easily, as well as other important resources. Instead of field workers having to navigate through complex folder structures to find documents, they can use the dashboard to view documents as needed.

“The project dashboard is the first thing I pull up every morning when I get to the jobsite,” Pablo Giraldo, a Walsh Group project engineer said.

“I have on it all the regular websites I go to for the project to reference certain information as well as the normal document folders that I go to every day.”

Paulsen also praised the efficiency created by using project dashboards with the Revu for iPad app.

“That’s been very helpful with being able to hunt down information while you’re out there and not having to come back to the office and ask somebody to get on the server,” he said.

The Revu for iPad app helps users to maximise their time in the field such as making use of the iPad’s microphone and camera capabilities. Whenever Giraldo needs to make a comment to annotations while in the field, he can just click on the microphone while using the Revu app dictates his comments.

“I can just talk, and the Bluebeam app is transcribing while I’m talking,” he said. “I don’t have to type it in on the iPad.”

Giraldo also started taking and storing photos from the jobsite using the iPad.

“I click on the annotation, then click on the camera option in Bluebeam and my camera comes up and I take pictures of the work that’s been installed,” he said. “It gives you the stamps, the date and time when it was taken.”

Discovering the benefits of mobile technology

In Gantt’s view, the biggest benefit to adopting Revu for iPad on the I-75 jobsite has been reducing the risk that incorrect information is passed from office to the field. The second biggest benefit is cost savings. The difference between purchasing iPads compared with savings due to paper and printing has been significant.

“It was a pretty easy decision,” Gantt said on using his budget to purchase iPads versus investing in paper and printing.

“Number three would just be time savings across the jobsite, whether that’s supervisors in the field, office staff, updating drawings and making sure that it’s all 100% all the time.”

Finally, being able to show the project owner its efficient use of tablets in the field has helped the Walsh Group convey that the project is in good hands.

Gantt said: “Being able to show to the owner that we are managing our files properly and have all the redlines and updates at any moment in time – there’s no question of the status of contract drawings and documents.” 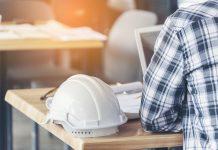 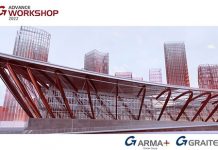 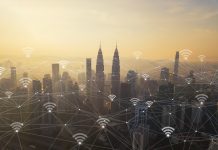 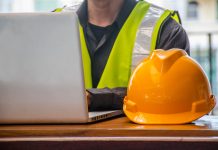 How cloud-based ERP technology is changing the construction industry 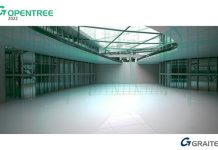 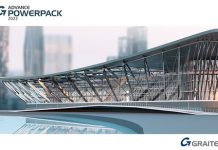 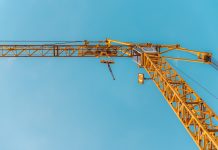 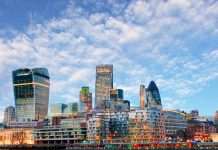 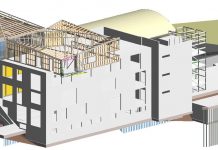 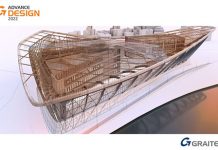 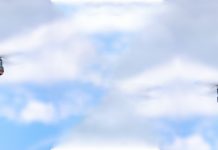