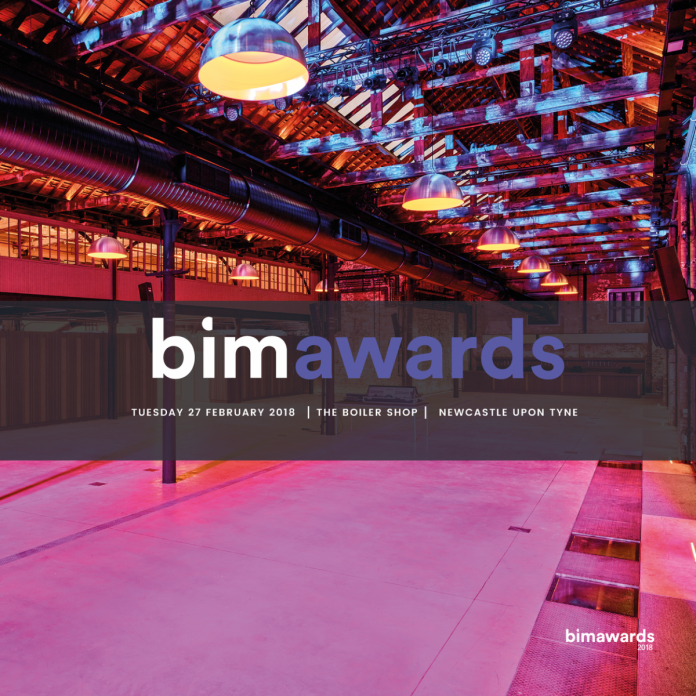 Time is running out to submit nominations for The BIM Awards taking place at the Boiler Shop in Newcastle on Tuesday 27 February. The deadline date for nominations is Tuesday 14 November

The BIM Awards is a unique event and is seeking entries that disrupt traditional thinking and showcase the capabilities of advanced technologies in the built environment.

Staged the evening before BIM Show Live on Wednesday 28 February and Thursday 1 March, the winners from the awards will be given the opportunity to present at BIM Show Live and demonstrate why they are indeed the best of the best.

The deadline date for the Awards entries is Tuesday 14 November.

“This is an opportunity to recognise and reward the achievements of construction industry professionals, those pioneers who are leading the way for younger generations and to pass on the mantel of BIM-excellence.”

This unique set of awards has 18 categories, containing a mixture that invite submissions from organisations and nominations for individuals.

Nominations include one for the Best Fluffy Stuff and how the professions deliver BIM. These are titled ‘Doing it’ and cover the Architect, Landscape Architect, M and E Engineer, Structural Engineer, Information Manager, Contractor, Sub-contractor, Project Manager/Cost Consultant and an ‘Abroad’ project.

The next four awards are; ‘The Rob Jackson OpenBIM Award’, ‘Smartest Blogger’, ‘Keep your eyes on this one’, and ‘Making it happen’.

There is also an Honorary Award for a Digital Construction Legend; given for lifetime achievements, exceptional contribution and outstanding service to BIM and digital construction. This particular award will be decided by the BIM Awards Selection Committee, so nominations are not accepted.

Rob added: “We know there is amazing work being carried out in the digital built environment both in the UK and globally, and we want to reward that talent, innovation, determination and tenacity.”

It’s important to get your entries in soon. The deadline date is Tuesday 27 February and can be submitted on the BIM Show Live Awards website.