The £500m Merchant Square development brings together four buildings and their unique setting as one coherent piece of urban infrastructure in the heart of Paddington, London. In order to transform the area into a landmark destination, European Land & Property appointed Robin Partington & Partners (RPP) to design a master plan consisting of three phases of development.

While RPP faced numerous logistical challenges including the completed adjacent buildings, 4 and 5 Merchant Square, adjacent basement piling and structure, as well as the canal, designing 1 Merchant Square presented its own set of unique demands. RPP relied on the interoperability of Bentley’s 3D design software to implement a federated BIM workflow and deliver the complex, curved tower.

With a 93-key boutique hotel at its base, 209 apartments with private balconies above and a spectacular two-storey Skybar offering 360-degree views of the city of London, 1 Merchant Square will set a new standard for residential accommodation in Paddington.

James Ewen, project leader and partner at Robin Partington & Partners, said: “We used AECOsim Building Designer to develop the form of the building and went through a series of iterations trying to develop the most elegant form while optimising the client’s brief in terms of area.”

RPP developed the sleek, curved building form with vertical structural fins clad in white porcelain, a midnight blue ceramic rainscreen cladding and a distinctive crown-like peak. While the curved shape helps minimise the effects of wind, the geometry of the building necessitates trapezoidal cladding panels as opposed to the standard rectangular shape. The project team created the model in AECOsim Building Designer based on a 72-point spaced coordinate system to help understand the building frame and analyse and accommodate the increasing trapezoidal panel shapes toward the extremities of the tower.

“The use of the model and careful detailing enabled RPP to develop a trapezoidal unitised frame while maintaining rectilinear glass, which represented approximately 40% savings in terms of glass cost across the project,” Ewen said.

Designing a building with varying cladding bay types presented RPP with the challenge of matching exterior finishes to the changing internal layout throughout the tower. GenerativeComponents provided an efficient method to model the varying cladding system without building a detailed design model for each scenario.

Using Bentley’s 3D design software, RPP built a computational model of one panel type and applied it across a bay, and then repeated that process for the different panel types and corresponding bays throughout the building with different arrangements. RPP was able to create numerous cladding iterations with GenerativeComponents in a fraction of the time it would have taken using basic 3D modelling.

RPP colourised the model, assigning different colours to each of the panel types in AECOsim Building Designer, and then linking the panels to a universal Excel spreadsheet to serve as the control for the panel arrangement. The interoperability of Bentley software enabled RPP to link the Excel spreadsheet to the GenerativeComponents model to assign additional parameters and then output the model to AECOsim Building Designer.

“There are effectively 12 drawing sheets setting out the cladding scope with five drawings on each sheet, giving us 60 drawings just from one model. This is a massive efficiency for us. It’s all single sourced, and is all driven by this Excel, GenerativeComponents, AECOsim Building Designer link,” said RPP architect Matthew Scammels.

“We want to get a lot from our data. We are not happy just modelling geometry,” said Scammels.

By creating basic geometric models for each apartment type and applying iterative modelling processes using GenerativeComponents, RPP streamlined its design strategy for the 209 apartments, identifying and creating just 40 model types and rotating up and around the building, replicating and matching each model type to its respective apartment type.

RPP continued the iterative BIM workflow to create a schedule of over 2,000 doors. However, while the doors could be reused and repeated, they still needed to retain a uniqueness.

By assigning each door an identification number and using the AECOsim Building Designer model to create spatial zones for each level and apartment with numerical values attached, RPP implemented a system where every door inherited the properties of the zone in which it was placed, making each door unique and eliminating the need to model the doors for each apartment on every level, saving significant time. Using search criteria in AECOsim Building Designer, RPP could then search for and identify the doors within the model for each apartment on every floor to produce its door schedule.

“Everything we modelled in AECOsim used data group properties and information – this allowed us to get a significant return for this time invested,” explained Scammels.

Working in a federated environment, different disciplines relied on varying software platforms for modelling and analysis with large quantities of data attached. RPP used Bentley Navigator to coordinate the entire basement model with structural, mechanical, electrical and plumbing (MEP) installations and architecture models all referenced together. The interoperability of Bentley Navigator allowed RPP to take almost any incoming file format and create i-models that enabled on-the-fly design reviews as part of regular coordination meetings with the wider project team.

Rather than running a clash detection on the entire building, which would produce thousands of results, using the search criteria to isolate architectural walls against cable trays in the model would generate approximately 50 or 60 results for a much faster and more precise analysis, ultimately minimising construction issues. 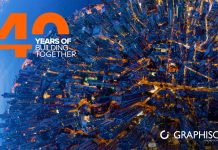