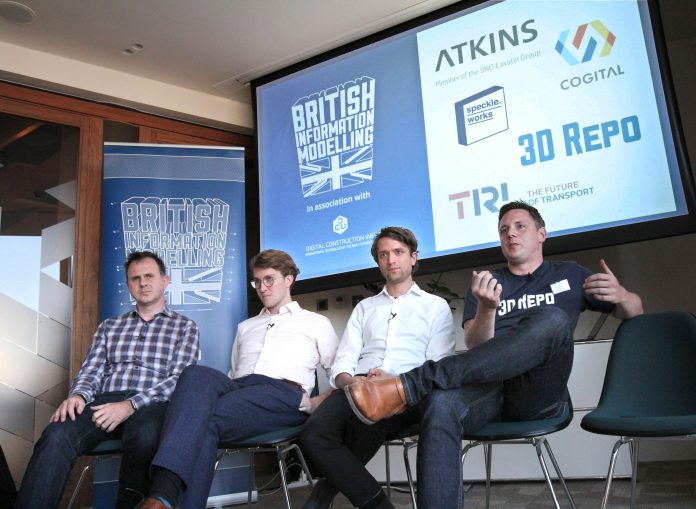 In an event that discussed the move to digital construction, speakers from Atkins, Cogital and TfL joined event sponsors 3D Repo and other technology innovators at The Shard, London. Alain Waha of Cogital discussed the importance of moving to digital collaboration with the evolution of a new AEC ecosystem where data, so often inaccessible due to legacy systems and inflexible contracts, can be freed for widespread, easier access.

Will Squires of Atkins outlined the steps that are needed to transform the industry using digital technology and called for modern construction techniques to be embraced. Meanwhile, Ceki Erginbas from TRL gave an interesting talk on the use of BIM in planning autonomous vehicle routes.

Finally, Dimitrie Stefanescu of Speckle explained his vision for a global community working in collaboration to create a digitally integrated build environment. 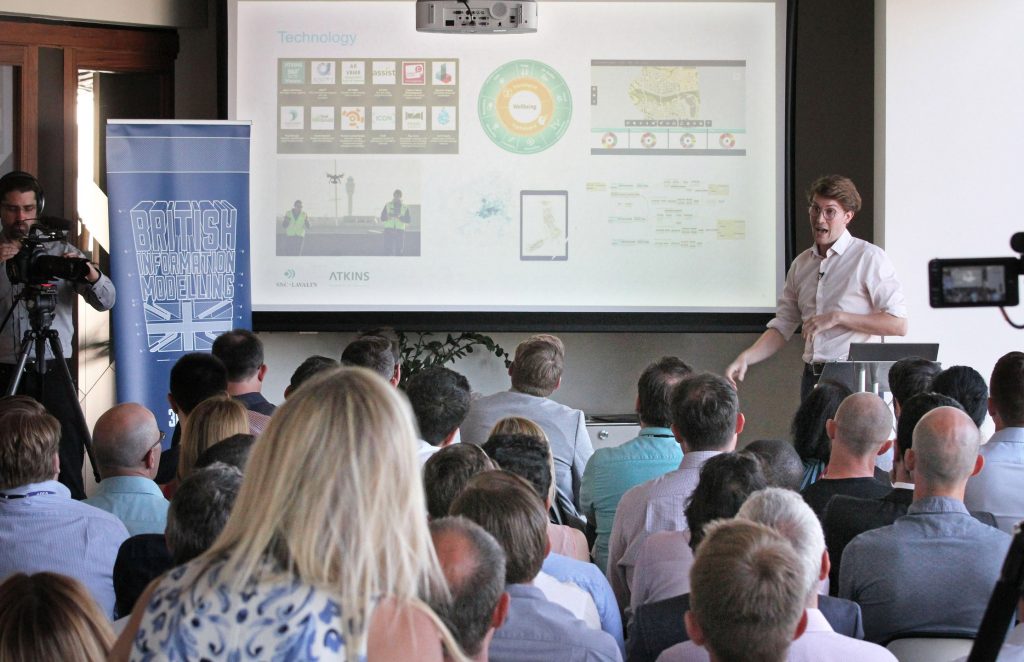 The panellists explained how the cloud is becoming the accepted way to deliver IT infrastructure in the modern era because of the huge benefits it offers and it has already had a major impact on industries such as retail, logistics and banking. They were concerned, however, that the construction industry has been struggling to embrace new technology.

Alain Waha explained that progress was particularly hindered by the fact that large projects run on long and inflexible contracts. Some projects take decades to complete and the project management and deliverables are based on what technology – or lack of it – was in place at the time of the agreement.

And with clients such as governments, large multi-nationals and consortiums, it is an industry that is generally risk-adverse and bound by traditional, inflexible ways of working.

He warned that the industry is going to have to adapt and explained how market ‘disruptors’ can impact a market, citing Uber, Spotify, Airbnb and WeWork.

Andrew Norrie explained that these disruptors do not have the legacy issues of the established market leaders. They force industries to change and those that do not adapt are in danger of joining the likes of Kodak, HMV, Maplin and Toys “R” Us. Was the demise of Carillion a warning shot?

Will Squires remarked that when it comes to new technology, it is the millennials who have the vision and capability to introduce new technology and new working practices. However, these ‘new kids on the block’ are normally not going to be in senior-enough management positions where budgets are set and decisions are made.

Jozef Dobos, the CEO of 3D Repo, struck a more positive note when he observed that there had been a significant shift in attitudes and slow but gradual acceptance of the fact that a new technological era has arrived in the last frontier of construction. Objections to open source systems, hosted services and data held in the public cloud are diminishing as the number of adopters grows and benefits become more and more apparent.

He added that the adoption of open source technologies is something that is happening all over the world and across industries. He sees it as important for the future of the construction industry as the effectiveness of BIM will ultimately depend on ease of access, standardisation and affordability for work that relies on sharing data. The software is now a free commodity; it is the data that has the real value, he explained.

He also explained how 3D Repo’s approach to the market is all about making it easier for the industry to realise the benefits of the cloud and, in an industry dogged by many proprietary software vendors, 3D Repo is trying to democratise the free and open nature of information in the digital age, as well as cooperation in general.

Alain Waha backed this assertion up by highlighting how resistance to adopting new digital workflows was hindering progress. He compared the current situation to a race being fought between the old guard and the new millennials. Who would win the race was no doubt on the minds of delegates as they headed out into the hot balmy summer night air.

In his final round-up, Jozef Dobos noted how the panel spoke with one voice when they called for change in the outdated processes and systems that still hold back the construction sector. There was a clear warning that if companies do not change, they will not survive – as has been seen in other industries where new technology innovators have disrupted and completely changed their market.