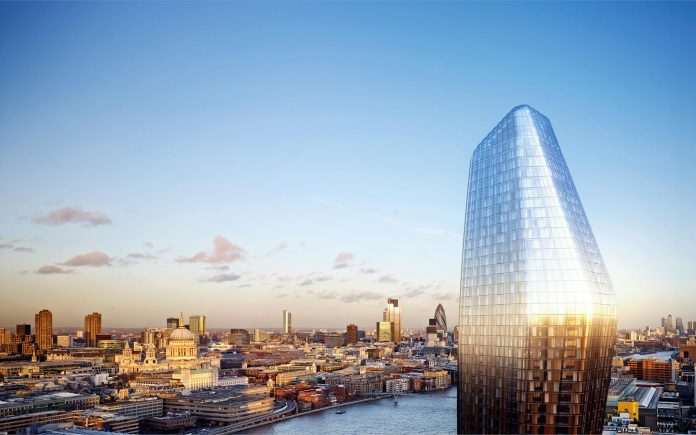 Four projects by UK firms were recognised for excellence in BIM advancements – two as winners and two as finalists – in Bentley Systems’ annual Be Inspired Awards programme this year. Ten independent jury panels comprising distinguished industry experts initially selected 51 projects as award finalists from more the than 400 nominations submitted by organisations that use Bentley software.

The finalists were invited to Singapore to present their projects to jurors, attendees and media representatives at Bentley’s The Year in Infrastructure 2017 Conference held in October. The conference culminated in an awards ceremony and gala event where the winners were announced.

The project team used Bentley’s asset performance software, AssetWise, and Bentley Map to develop NOMS. With a target of reducing the road closures by 3,600 per year, Highways England will save more than £7m for an ROI of 1,651% in the first year, considering the £425,000 cost of deploying the solution. Reducing the number of road closures is also expected to reduce the number of resource hours required to address maintenance issues by 14,400 hours, and eliminate onsite risks and associated costs.

The Thames Tideway Tunnel is a £4bn design-build project to resolve the problem of overflow from London’s Victorian-era sewers and meet European environmental standards. It is the largest infrastructure project ever undertaken by the UK water industry.

Mott MacDonald is the lead designer for the joint venture on the Tideway East contract, including 10km of tunnel works running 70 metres below central London, and six shafts in public view. The project, which is expected to take seven years to build, will require the use of 24 construction sites, including 11 along the river bank.

The 1 Blackfriars, London, project was named a finalist in Bentley’s BIM Advancements in the Buildings & Campuses category. Developed by St. George, 1 Blackfriars, London, is a £200m, mixed-use complex accented by an iconic 170-metre residential tower overlooking the River Thames. The property features an adjacent low-rise hotel and three-storey basement with pool, spa, cinema and other amenities. WSP worked with Simpson Haugh Architects to develop a structural framing solution for the layout of 274 apartments in the 50-storey tower.

The WSP team used RAM Structural Systems to design the steel framework for the building, including the building’s glass roof that the team refers to as “the birdcage,” and a column-free, two-storey mezzanine, which is open to the lobby.

WSP shared the 3D models with contractors who used them to create their logistics plans, manage sequencing, and generate work packages.

“Bentley’s RAM Concept and MicroStation software packages enabled WSP to design and deliver one of the most iconic projects in Europe. The software was a very effective tool to coordinate and design cost-efficient and environmentally friendly solutions for the benefit of the client and local community. The project stands as a centrepiece for architectural and engineering excellence,” said Aret Garip, technical director for WSP UK.

CH2M Fairhurst Joint Venture’s (CFJV) A9 Dualling from Glen Garry to Dalraddy project in Scotland was named as an award finalist in the BIM Advancements in Roads category. As part of Transport Scotland’s £3.4bn programme to improve safety and operational performance of the A9, the largest infrastructure project in Scotland’s history, the CFJV was responsible for the engineering, environmental assessment, preliminary design, traffic and economics assessment, and supervision of procurement and construction for the 43km central section between Glen Garry and Kincraig. The CFJV was also tasked with providing the necessary documents and technology to meet the client’s BIM Level 2 requirements.

The team used Bentley’s ProjectWise to implement the connected data environment and an integrated workflow that was fundamental to their BIM strategy. Using ContextCapture, the team produced a reality mesh that was made available to all team members to gain information about existing conditions without needing to travel to the work site. At each project stage, the team used LumenRT to generate realistic, fly-through videos to successfully communicate design intent to the public and key stakeholders.

Neil Stewart, contract manager, A9 Glen Garry to Dalraddy, CH2M Fairhurst Joint Venture, said: “Bentley’s design, modelling and visualisation tools have greatly contributed to achieving BIM Level 2 requirements as defined by our client. The development of an interactive, multidisciplinary 3D design model at an early stage in the scheme enabled our project team to work collaboratively to produce an efficient and sustainable design, which was environmentally led; a critical factor for success given the project sits within the highly sensitive Cairngorms National Park.”

Read more about Bentley’s 2017 Be Inspired Awards and projects.

Watch the finalists’ presentations from The Year in Infrastructure 2017 Conference.