The construction skills shortage is having an impact on the ability of the industry to progress but growth is being seen, says new RICS survey

The survey on the state of the industry during the first quarter of 2017 revealed that while workloads increased the shortage of skilled workers was holding up the sector.

This latest Market Survey from RICS highlighted a number of positives within construction and infrastructure, including the fact workloads are expected to see more growth. In fact, this figure increased from 18 per cent in Q4 2016 to 27 per cent in Q1 2017.

There was notable growth seen in the private housing sector, which has been ahead of other areas since Q1 2013. The survey found 34 per cent more respondents cited an increase in growth rather than a decrease.

The commercial sector also performed well in Q1 2017, seeing the largest growth in workload for the quarter when compared with Q4 2016.

Infrastructure saw development, with a total of 31 per cent more respondents reporting a rise—particularly in rail, road and energy. These three sectors are also thought to have the most promise over the next 12 months. Some 60 per cent of respondents stated repair and maintenance of existing structures would be the most needed type of investment in their area and 40 per cent said looking at new investment would be a necessity.

Additionally, the survey found respondents were also the most positive in this quarter since the referendum.

The skills shortage remains a key issue in the industry, with some 53 per cent warning a shortage of labour would be a key impediment to development and growth. This figure is a slight increase from the 50 per cent seen in the previous quarter. This is concerning, as recent reports had shown the proportion of respondents worrying about skills shortages had reduced slightly. RICS said these latest figures suggest shortages could once again be mounting.

Some 65 per cent of respondents also reported a lack of quantity surveyors—an area that has been experiencing skills shortages since 2012.

Quality of workers, rather than quantity, was also flagged as an issue, with 67 per cent of respondents reporting this.

The survey asked respondents about how labour shortages could be relieved. Some 59 per cent said improved education pathways and training would be the most effective response to the crisis. A total of 31 per cent said government subsidisation of training was key.

Other barriers to development

Skills shortages are not the only issues preventing growth. A total of 70 per cent of respondents said financial constraints were the main barrier, with planning and regulation an issue for 61 per cent. This was an increase from 53 per cent in Q4 2016.

Prices are also seen as an upcoming issue, with 69 per cent of respondents expecting tender prices to rise in the building sector. This could signal rising costs and shrinking profit margins, and was reflected in the 12 month expectation that this would fall from +26 per cent in Q4 2016 to +18 per cent in Q1 2017.

Jeff Matsu, RICS Senior Economist said: “The mood music in the construction sector has improved in line with the better tone to macro data more generally.

“However the survey does highlight some key challenges that need to be addressed if government’s ambitious plans for housing and infrastructure, in particular, are to be met.

“Access to finance, alongside planning and skill shortages, both quality and quantity, remain big obstacles to delivery and though some plans are in place to address these issues, it remains to be seen whether they are sufficient to make a meaningful impact.” 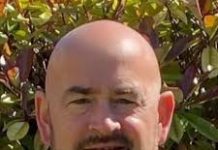 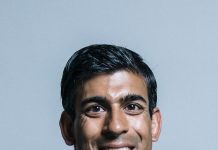 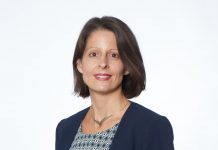 Building firms ask tradespeople to cut rates by up to 30% 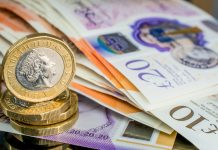