2017 saw the launch of Mick George Environmental, a dedicated division within the overarching business, that now specialises in all areas of Asbestos Management, dealing with Non-Licensed, Notifiable Non-Licensed and, Licensed Asbestos

Much of that is owed to the experience that the business now holds within its ranks. One of the recent recruits is Asbestos Surveyor, Ian Haney. And what Ian doesn’t know about the subject, quite frankly isn’t worth worrying about.

‘Everything happens for a reason’, and nowhere is that more apparent than in Ian’s case. Following school leave, Ian set out to be a ‘Motor Mechanic’ at collage, where in his 3rd year he unfortunately suffered a major setback as he was involved in a serious motor accident which left him unable to walk for 2 years.

And the journey began……. 24 years in the industry, acclaiming all necessary accreditations along the way, Ian has held various managerial, consultancy, analytical and surveying positions, up and down the country, and across international borders, as well as forming his own Asbestos business.

Ian has delivered Asbestos works across a multitude of sectors, including Retail, Education, and Healthcare, working with national brands such as the NHS, Next, M&S, Topshop and Woburn Estates to name just a few.

It isn’t just his profession where he sets his sights high, having already conquered Ben Nevis and Scafell Pike mountains, he is set to return to Ben Nevis later this year to repeat the feat at new levels.

And when quizzed on why he now finds himself working for Mick George Environmental, the answer, ‘WOW I want to be part of that’. Which just about says it all. 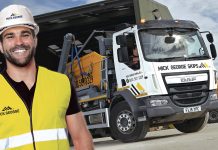 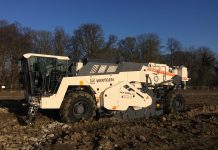 Mick George secure their involvement with a wind farm package