Mick George Ltd discuss their involvement on the retirement development in Hadleigh, South Suffolk, as part of a prefered scheme for the brownfield site

The ancient market town of Hadleigh, South Suffolk is set for a new retirement development on the former Brett Works location that has been laying derelict for over 30 years.

The brownfield site was originally earmarked for a Tesco Superstore, but after being rebuffed by Barbergh District Council following disgruntlement from local residents, the alternative option offered four years on, from developer McCarthy and Stone, was unanimously approved. 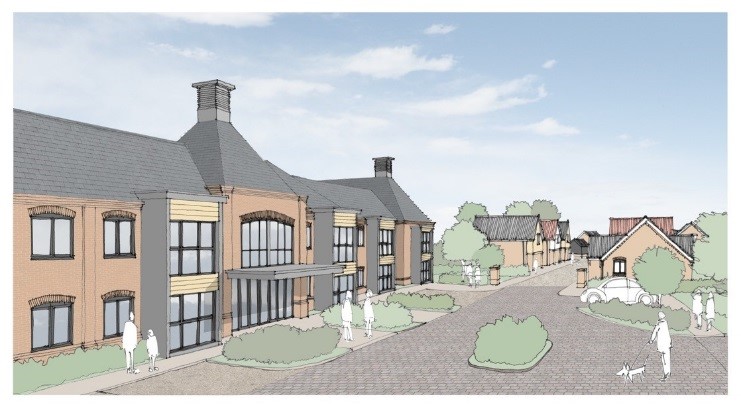 Planning consent was granted to the ‘leading retirement housebuilder last year to create a series of new living quarters. The works are now underway courtesy of construction specialist Mick George Ltd who has been contracted to complete the necessary Demolition stages to enable the build.

This dual development is split, linking the town’s High Street with the River Brett. Combined, Tyfield Place and Manor Gardens will deliver 35 one and two-bedroom apartments, and 29 luxury living, bungalow and cottage style homes, respectively, as well as extensive public-open space and a new footbridge over the river.

Extensive consultation with community groups and stakeholders within the vicinity has been vital in the layout plans in this highly sought-after location, taking cues from the town’s existing architectural style and heritage.

It is envisaged that this location will become a great asset to the area, delivering the same modern, tastefully decorated, comfortable and secure surroundings, to those other 51,000 apartments created by the developer nationwide over the last 40 years.

Michael George, Contracts Director at Mick George Ltd commented: ‘’Since we made the announcement only two months back of our extension further East of the country, we have struck some very strong partnerships, not least the one with McCarthy and Stone. This one has been particularly productive, with three contracts won on various developments already. Long may it continue.’’