Cementaid discuss their Everdure CALTITE System, membrane‐free waterproof structural concrete, and it’s use in the construction of sports arenas and venues.

Play commenced on the new Number 1 Court at Wimbledon in 1997. Designed by architects and structural engineers, Building Design Partnership, main contractor Galliford Try and concrete contractor Byrne Bros., over 78,000m3 of concrete was used in its construction, much of which was in the below ground structure waterproofed using Everdure Caltite. Currently work is being carried out on a new
opening/closing roof to the Court which it is hoped will be operational in 2019.

With space at a premium for many city stadia sites, developing below ground is the only option to house many activities that don’t need to take up space at ground level, food storage, food preparation, changing rooms, plant and equipment and, at Wimbledon, even the tennis museum is underground and waterproofed using Everdure Caltite. 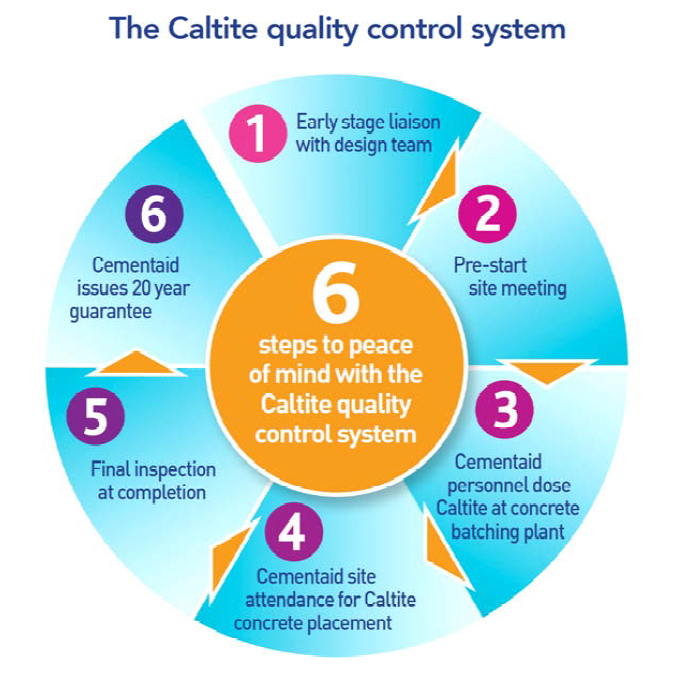 In the last few years Everdure Caltite has been used in several new structures at Wimbledon including the player and television centre built on the site of the old Number 1 court, the new No. 2 Court sunk into the ground, Court 3, the redevelopment of courts 14 and 15, Court 19 and various tunnels.

The Caltite waterproof concrete system is a time‐proven, practical system which produces damp‐proof, highly durable concrete which can be used either as a stand‐alone system or incorporated as part of a dual system when required. Caltite has a successful track record of over 60 years helping designers, developers and owners waterproof and protect
concrete structures, even under the most aggressive conditions.

If you are interested in quality, durability and service, then please contact Cementaid to
discover how Everdure CALTITE concrete can work for you in your projects.