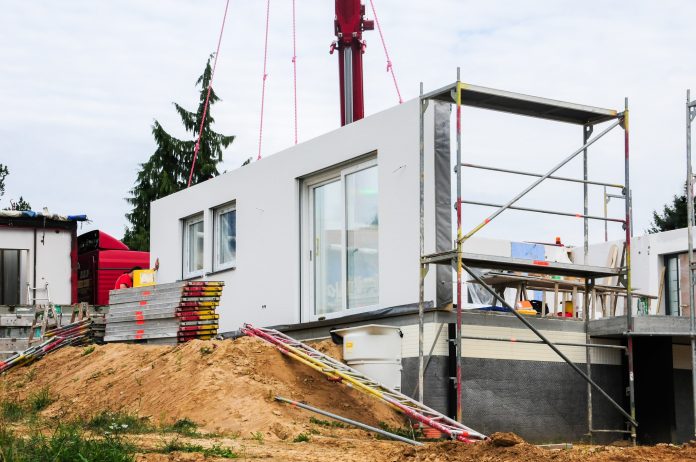 You might think that offsite construction and modular buildings are something new… nonsense!

We’ve been doing it in one way or another for a very long time. You must read through the project snippets below so you can get an idea about how long we’ve been thinking offsite!

Ok, so this one is a bit “tongue-in-cheek” but when you think about it the Pyramids are a really early example of pre-fabricated or manufactured construction. The logistics involved the manufacture of very large rectangular blocks, made to fit the project with work undertaken on each block away from the site. The blocks were then transported to site and moved into position.

This was really a huge undertaking considering that the Egyptians did all of this with no wheels, no pulleys and no iron tools. Ramps were designed into the building or around the structure so that the building blocks, up to 1.5 tonnes in weight could be manoeuvred into the correct position.

Leaping forward considerably but still on the theme places of worship, the tin tabernacle is a prefabricated structure that I like for 2 reasons:

It came hot on the heels of the invention of the galvanising process to protect iron. It was advertised as “portable buildings for export” – showing a flair of entrepreneurial spirit based on the realisation something greater than the sum of its parts.

The structure was made from corrugated galvanised iron which gained traction for use in a lot of prefabricated buildings after the 1950’s. These tin churches addressed the requirement for places of worship during an expanding British empire and a population expansion due to workforce movements around the UK during the Industrial Revolution.

Now, to the great Isambard Kingdom Brunel’s design for pre-fabricated hospitals for the British Army during the Crimean war. It was a plea from Florence Nightingale to The Times newspaper that prompted the development of an offsite/prefabricated hospital solution. She asked the government to provide a solution to the problems of injured men contracting cholera, dysentery, typhoid and malaria due to the poor sanitary conditions at the make-shift hospitals that were being used near the battle field.

Brunel took six days to complete the design of a 1,000 patient hospital complete with sanitation, ventilation, drainage and even a heating system. The structure was shipped in timber kit format. It was on-site in May 1856 and ready to intake patients by July.

Still in use today I find this volumetric construction particularly interesting simply because it is not so well known and often over – looked as a testament to offsite construction.

In 1970 at Walt Disney World in Orlando a construction project was undertaken where hotel rooms were prefabricated in a warehouse on the east end of the Disney compound and then transported to the hotel location where they were positioned into a structural frame.

Real change is starting to happen in the way we design and produce buildings. The use of offsite or modular technology has started to speed up all around the globe and the level of sophistication in design, manufacturing and construction systems is where giant benefits are being realised. Technologies like Building Information Modelling (BIM), Augmented Reality (AR) and the low cost of micro-digital sensors are forcing the most influential players in the construction sector take a long hard look at not only the way they build deliver the building asset but also how the asset can increase in value faster or release equity sooner.

The answers are all here, it’s up to you to use them wisely. A new age of digitally powered, manufactured construction is upon us and it really is time to grab this technology with both hands and start to benefit from it now!