Scotframe, one of the UK’s largest offsite timber frame specialists, has appointed Andy Lewis to the new role of business development manager for central England in response to growing demand for timber frame homes across the country.

Andy Lewis brings a wealth of experience from his previous roles in sales and development, throughout a 15-year career in the timber frame sector.

Lewis will focus on supporting Scotframe’s private self-build customers, as well as small to medium housebuilders, to plan and manage the construction of their homes.

From his Shropshire base, he will cover central England – helping Scotframe to push forward on its plans to target a larger share of the English self-build housing market.

Andy Lewis said: “I’m delighted to be part of a successful company that has ambitious growth plans. Scotframe has an excellent reputation, with a wide product offering to the market.

“I look forward to supporting customers across central England and Wales, including East and West Midlands and East Anglia.

“I am passionate about the use of timber frame in construction so it’s heartening to see more builders and self-builders using this sustainable method of construction.”

Malcolm Thomson, sales director at Scotframe, added: “We’re pleased to welcome Andy to Scotframe. His experience in the timber frame sector means he will be a valuable addition to our team.

“Currently Scotland leads the way in timber frame construction, with 83% of new build homes in Scotland using timber frame, compared to just 23% in England. However, the market share for timber construction in England is steadily rising and Andy will play a vital role in driving our growth plans and developing Scotframe’s offering in England’s heartland.”

Headquartered in Inverurie, Scotframe supplies full kit packages for housing and commercial projects. Established in 1989, the company has 160 employees and a £35m turnover.

Scotframe was acquired by Saint-Gobain – a global group with 18,000 employees in the UK alone – in November 2017, a move which is accelerating its expansion into English markets. 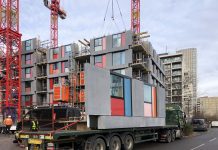 Improving productivity and quality through DfMA 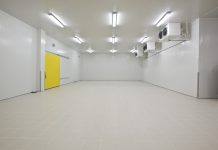 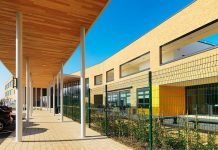 Hemsec calls for industry to increase use of SIPs 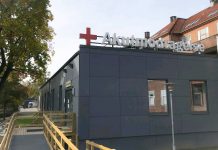 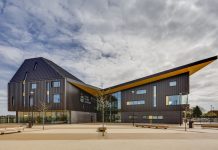 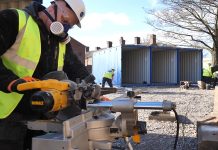