James Jackson, Head of Training and Education with the Faculty of Party Wall Surveyors emphasises the correct procedures to follow under the Party Wall etc. Act 1996…

First and foremost, it must be made clear to persons who may be seeking party wall advice that it is the duty of a building owner to serve the appropriate notice or notices upon all adjoining owners. In absolute terms – NO NOTICES means NO RIGHTS under the terminology of the Party Wall etc. Act 1996.

Identification and validity of Owners

It is essential to establish who is a building owner. A building owner is a person, persons or body corporate who owns the freehold of a property or plot of land, or who possesses a leasehold interest in the same, providing that the leasehold interest is for more than one year. When serving party wall notices all persons who are owners must sign the notice or authorise an agent to act on behalf of the building owner, or alternatively when acting as a body corporate, a duly authorised representative of that organisation i.e. a director or company secretary must have been appropriately authorised to act on behalf of the organisation.

How does one identify a building owner? Merely asking a person if they own a property is not sufficient. It will lead to the most amazing type of replies and, as has often been said – trust no-one. The most reliable and satisfactory way in which to identify ownership is to obtain access to this information from the Land Registry web site. For the princely sum of three pounds it will be possible to find the most reliable source of who owns property throughout the whole of the United Kingdom. Not only will this provide the most reliable source of such information, it will also stand you in good stead if the ownership of a particular property is ever called into question.

Identification of owners is paramount, and not only is it necessary to identify the building owner(s) but the same procedure should, likewise, be followed to identify all of the adjoining owners.

To avoid the risk of a party wall award being appealed by either of the appointing owners it is essential for party wall surveyors to create a good “Paper Trail” which must deal with all of the following issues:

Building Owners may discharge their Party Wall duties via agency providing that all Building Owners subscribe to the letters of Authorisation for the Agent to serve Party Wall Notices on their behalf. It is common practice for letters of Authorisation to continue with the statement “In the event of a dispute arising I/we authorise you (naming personally the Party Wall Surveyor) to settle all matters in dispute by Award and to make any further appointments on my/our behalf (see standard Faculty of Party Wall Surveyors letters in this regard).

Letters of Appointment must be directed to an individual only. Corporate organisations cannot be appointed to act as Party Wall Surveyors.

Party Wall Notices must be served upon all adjoining owners for all elements of works which are notifiable under the Party Wall etc. Act 1996 and, to ensure their validity they must contain three essentials:

N.B. Additionally, where a Notice is served under Section 6 of the Act, plans and sections of the proposed works showing the relative relationship with Adjoining Owner’s foundations must also be provided.

Building Owners may discharge their duties to serve Party Wall Notices via Agency i.e. by authorising another person to act on their behalf. This duty is normally discharged by a Party Wall Surveyor acting in anticipation of a dispute arising.

Until such time as a dispute does arise, the Party Wall Surveyor is not acting in a statutory capacity; he is merely discharging his Client’s responsibilities and duties.

The agent’s role will only change to a Statutory Appointee if there is actual or deemed dissent from the Notices served upon the Adjoining Owner(s) and the letter of authorisation further confirms the appointment of the named Agent “in the event of a dispute arising”.

Life and expiration of Notices

Notices shall cease to have effect if the work to which they relate has not begun within the period of twelve months beginning with the day on which the Notices are served and also if the work is not prosecuted with due diligence.

These conditions shall apply only where consent is granted to the Notices.

Where there is dissent to the Notices, and Party Wall Surveyors are appointed to prepare Awards, the life of the Notices becomes indefinite. It is established custom and practice however, for Party Wall Awards to give a reasonable life expectancy to the works. It is also established custom and practice for Party Wall Surveyors to incorporate within their Awards the right for them to prepare and serve a further, or further Awards (as the case may be), to ensure that the process is not thwarted if and when additional matters need to be dealt with

The Adjoining Owners have a number of options when Party Wall Notices have been served upon them; namely:

Party Wall Awards are always served. Use of the words “deliver” “issue” “post” etc. are to be discouraged and awards are never “published”. They are private documents between the respective parties and are to be served “forthwith” upon the Appointing Owners.

There is a Duty of Care placed upon Appointed Surveyors to inform their Owners that they have a right of appeal against a served Party Wall Award which must be made in a County Court within fourteen days of the date of service of the Award.

Failure to inform Owners of this right of appeal is a dereliction of duty.

It is always “Costs” that are referred to within Party Wall Awards, and these costs may contain Surveyor’s fees and other disbursements accordingly. It is established custom and practice that Adjoining Owner’s Surveyor’s costs are generally incorporated into Party Wall Awards thereby committing the particular Owner against whom costs have been awarded to the responsibility for “Third Party” fees and costs. It is also good practice to Award the Building Owner’s Surveyor’s costs within the Award thereby making the recovery of such costs from a defaulting Owner a more certain process.

If Party Wall Surveyors are required to involve specialist services or engage other professional disciplines they are empowered to do so and such costs of doing so may be incorporated within the Award. ■

Head of Training and Education

The Faculty of Party Wall Surveyors 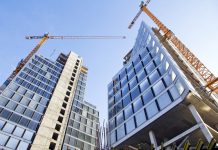 The Future of Construction Plant Hire

Insurance Claims – The Moment of Truth

Innovation and skills on the agenda

A thermal bridging guide for 2016