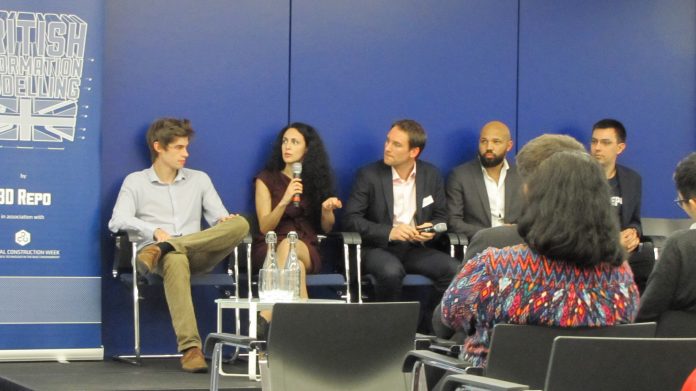 3D Repo recently organised the sixth British Information Modelling event. Now a regular, bi-annual fixture in the digital construction sector, the evening seminar and networking event was hosted by Arup at its global headquarters in London.

More than 70 delegates representing organisations such as Skanska, Populous and WSP were welcomed with drinks and nibbles against a breath-taking glass feature wall in Arup’s atrium. Designed by renowned glass artist Alexander Belechenko, the textured design is made up of hundreds of thousands of tiny symbols or ‘code’ broken up by bands of flat blue.

The formal proceedings were expertly chaired by Graham Aldwinkle, associate director at Arup and a chartered structural engineer with over 24 years’ industry experience.

Following routine housekeeping announcements and a call to the audience to engage and interact using social media, Aldwinkle introduced the first of the presentations.

Marzia Bolpagni, an advocate for BIM in business and education and strategic business adviser for BIM at Mace, introduced the topic of Level of Development (LOD).

A BIM metric used to identify what information to include within a model during different stages of a project, LOD abbreviations can refer to multiple terms, definitions and numbering systems, even within the same country.

Bearing this in mind, Bolpagni argued that in order to understand and effectively use LODs, standardisation was required.

Working alongside representatives from 11 countries with both the International Organisation for Standardisation (ISO) and the European Committee for Standardisation (CEN) to develop such standards, Bolpagni urged the audience that there were actions they could take now.

She suggested “starting with the end in mind – considering what you would like to achieve and what you need to reach that goal”, and to “stop asking generic questions and be specific” before concluding that: “If we apply construction technology to wrong processes and policies, we are not innovating; we are just facilitating an inefficient way of working!”

Bolpagni was followed by Dr Jozef Dobos, founder and CEO of 3D Repo, the company behind the cloud-based BIM platform that allows users to access 3D models and make real-time changes and informed decisions online.

He introduced the ‘simple’ concept behind the 3D Repo Platform – the need to put large 3D models online, through the company’s early years, winning the Virtual Design & Construction category of the Canary Wharf Group Cognicity Challenge resulting in the commercial deployment of the platform for the Wood Wharf development.

Dr Dobos went on to explain how 3D Repo is evolving to facilitate design coordination, data analytics and dynamic VR with support for the IFC data model and the open BIM Collaboration Format BCF, before introducing the AEC Deltas Consortium.

Including organisations such as BuroHappold, Atkins, HOK and UCL, as well as 3D Repo, the consortium is working to develop an open delta specification, with open rest API and open source implementation to manage change.

Michael Gaunt, information manager at Mott MacDonald, then went on to introduce SafetiBase. Designed to make unstructured, disconnected and complicated health and safety and risk information structured, connected and simple, SafetiBase is a cloud-based repository that uses existing best-of-breed solutions, including the 3D Repo platform, to improve risk management.

Supported by a syndicate of innovators, including Atkins, Mott MacDonald, Laing O’Rourke, Costain, Bentley, HS2, Tideway and Innovate UK through the Knowledge Transfer Network and I3P, SafetiBase comprises a database of health, safety and welfare issues linked to an online 3D repository of project data.

SafetiBase provides clarity on the management of risk, with the ability to track and manage throughout the project lifecycle. The platform conforms to the newly published specification for collaborative sharing and use of structured health and safety information using BIM (Publicly Available Specification PAS 1192-6).

Following on from October’s event, SafetiBase is now available on general release as part of 3D Repo v2.18 – see www.3drepo.org for further information – and the consortium is rolling out the free-to-use, open solution on a range of real-world projects.

Graham Aldwinkle then went on to introduce the first of two technology start-ups to the audience.

Carlos Adams, co-founder and CEO of Aphex, opened with the question: “Why does the most dangerous industry, where more than 90% of projects are over budget and behind schedule, with the lowest global growth in labour productivity, have the lowest percentage of revenue invested in technology?” – preferring, he continued, to rely on spreadsheets and PowerPoint presentations. 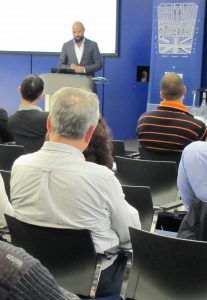 This disconnect between the complexity of projects and the solutions that manage them is being addressed by a new short-term planning tool, Aphex Planner, designed to bring project visibility, encourage collaboration, provide automatic sequencing and promote the use of data through analytics. An easy-to-use dashboard gives a visual snapshot of activities, contractors, users, clashes and other situations and the solution is already in place on projects with Crossrail, Tideway and HS2.

Continuing the start-up theme, Olly Greet from Converge went on to describe how analytics can be leveraged to understand concrete strengths in different scenarios. Working with some of the largest construction companies in the UK, including Kier, Balfour Beatty, Laing O’Rourke and Morgan Sindall, Converge is collecting real-world measurements contributing to a Big Data web platform that can be used to predict and forecast behavioural patterns for pre-, mid- and post-project decision making.

Concluding the formal proceedings, all speakers were welcomed back on stage where they faced questions, submitted during the course of the evening, by the audience. Themes picked up on, both from the evening’s presentations and from the delegates’ own experiences, included almost overwhelmingly open data, open systems and open integration. Together with integration rather than isolation and connected data rather than silos, there was also a consensus that more or better standards were required and these would positively guide the future direction of data travel. 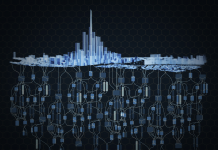