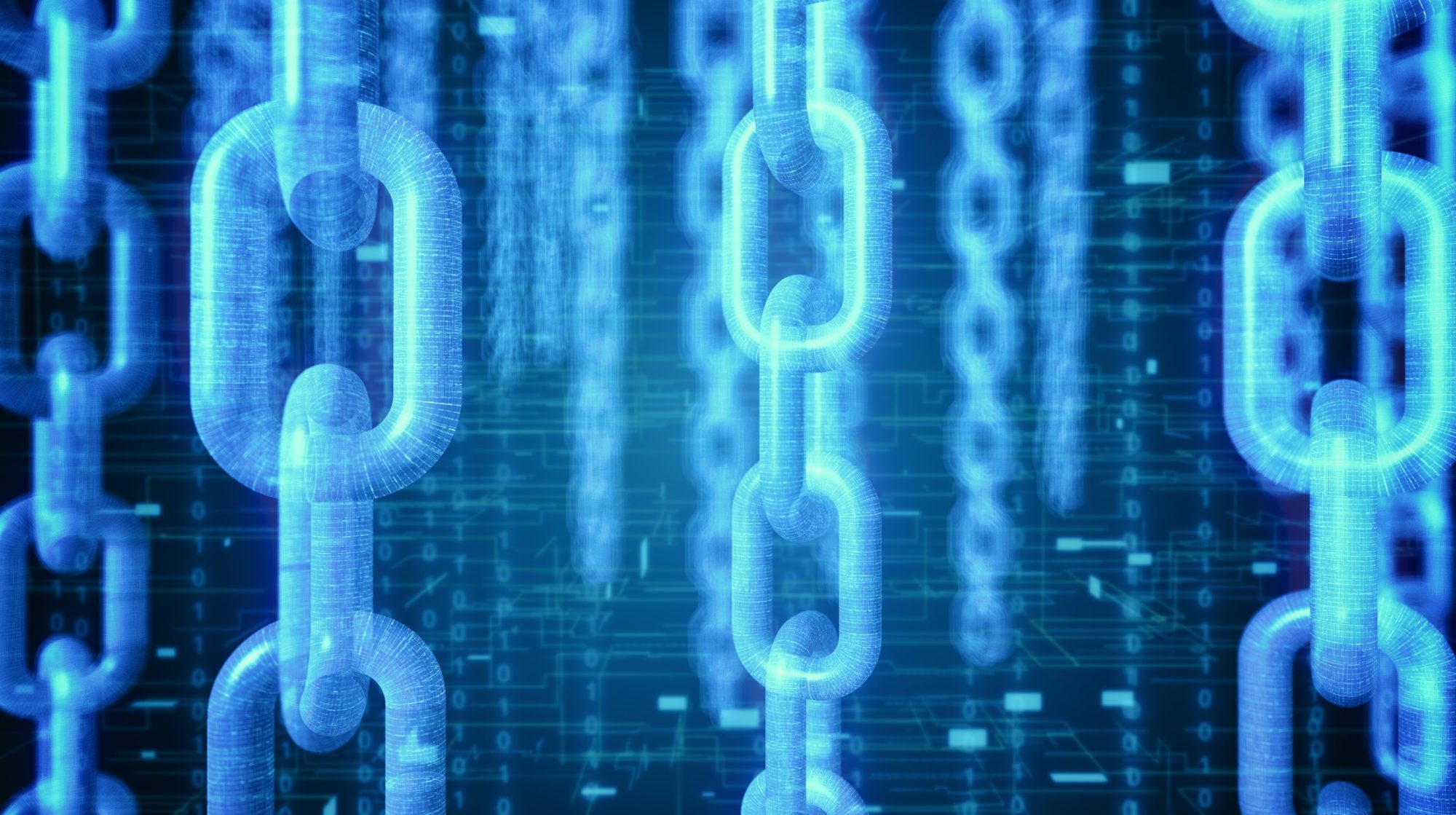 Trimble’s Segment Manager for Asset Management and the MEP Global Marcom Director, Matthew Ramage, takes a look at the relationship between blockchain and BIM

Following the success of my first blockchain and BIM article, I received a lot of comments and responses from people both inside and outside of the construction industry on why this pursuit for process and technological improvement is important. At first, I thought that Blockchain was receiving an unwarranted amount of attention from our community; after all, construction is so technologically regressive, we’re still fighting an uphill battle to digitise field work with basic apps and office-to-field-to-office communication.

Surely the priority for today’s growing number of BIM, VDC and innovation managers should begin with basic automation of data communications and the increased adoption of technology on the job site to improve productivity (the low hanging fruit to immediate profitability).

Having thought a little deeper about this, however, I decided that perhaps the focus is indeed well placed. Perhaps the push to make the job site adopt innovations in process improvement is too difficult, fettered by tight schedules, a reluctant workforce and reduced budgets, and we should be focussing on a stage further, reaching for the next gen of tech adoption and skipping the field adoption stage (despite the need in the face of a skilled labour shortage only immediately (and partially) satisfied with tech adoption in skill replacement).

The next gen of construction tech adoption would leapfrog our current slow pace and take construction in line with the more generally aligned workforce – a move to automation. With automation, we remove the need to train, to delay projects with new tech to learn, to add to an already tight budget, to convince those who are averse or resistant to change. We instead focus on the inclusion of process improvements without the need for physical change or interaction. Data ‘appears’ in the right places, at the right time; generated by intelligent programming.

This article is obviously leading down the road to a justification in the intensified theorising on a construction blockchain solution, specifically in improving the current BIM process. We should be diligent here though, as the primary area we should be looking to is field implementation, specifically including manual work, the work and scheduling of sub-contractors and the process of reducing change orders and remedial works; it’s my view that currently, the experience, and therefore most natural, focus has been on office-based improvements. This opinion isn’t rooted in hunches however, it’s evidenced in the increasing adoption of 3D models in office workflows (as the path of least resistance in tech-based adoption) as well as the lack of, and sometimes distaste towards new tech in the field.

Currently, we’re seeing millions spent on 3D modelling only to see it not used in the field and with glaring differences post-construction; meaning a model meant to be good for service and maintenance post-construction being of minimal value and generally prepared for the sake of appearing progressive. Feel free to disagree with me on this.

I understand the lack of field adoption and reluctance of management to enforce new tech. Partly, this is because the full workflow vision may not have been worked through by the owner or GC, often taking a ‘first step’ approach of ‘office first’. But largely, I see the lack of a connected field and office due to constraints put on field delivery. If I were in a scenario where every day counts and any deviation from schedule could result in lost revenue and ultimately project success— where training of transient labour, or implementation of tech only personal devices or those of subs is a roadblock, where adding tech and processes which are alien to the workforce can make them slower initially, but also resentful as it undermines the value of the construction methods they’ve been perfecting for decades—  it’s difficult and understandable. Who has time to learn? Who has time to train? We don’t allow them to do this any other time than at the start or during a project when interruptions are most impactful and sometimes devastating. Would you take this risk? Especially when it’s explicitly tied to your performance, and perhaps even your career longevity?

And so, Blockchain (at last we get to the point)

After my last blockchain article, which now sits in the google search top spot (quick brag), I tried to present a theoretical overview of how blockchain based data packets can improve construction productivity across the lifecycle, contractor reliability, reduced documentation and document production from the financial teams, and a simpler supply chain fund based on performance.

In essence, if you don’t have time to review the original article, the theory revolves around micropayments based on completed smart contracts. A smart contract is a fraction of a traditional deliverable, like the completion of electrical fixes, or ground works. Instead, ‘stages’ of this work are tied to a portion of the total payment. In practice, this breaks large lump payments into more cash flow beneficial, small payments which are healthier for all parties involved in supply chain and construction. Healthier cash flow of contractors, for example, has direct consequences on delivery and performance and a reduction of delays. These broken down monolithic project milestones are the smart contracts.

A smart contract could be as granular as the install of a light bulb or the dispatching of materials prior to delivery.  The overall lump value of the original milestone is proportioned across the range of minor tasks which compose it.

For example, I install the lightbulb, I get paid a percentage. This payment is based on the initial agreement of the milestones, the smart contracts, and assigning budgets and wallets to each involved party. Completion and verification of the work immediately triggers an automated payment from one wallet into another: no invoicing, no payment submissions, and minimum physical interaction with the process of being paid. This reduces financial team cost on all sides and the speed of delivery and verification of work.

The benefits to BIM in this are that the smart contracts are tied to the model and verification against it. Completion and verification of the tasks are populated within the model, verifying its continued accuracy and adherence to project timeline. Verified smart contracts become data packets ‘blocks’ and are added to the information chain (series of data updates in the project lifecycle) which works as an automated ‘CoBie like’ drop. At this point, all parties, whether in the field or the office are viewing project progress and accurate project status equally.

This is high level and devoid of technical input or reference, it assumes possibilities, as much of these conversations do. What we need now is a greater understanding of what is possible, but also an equal emphasis/input from the field, not just the office. These smart contract completions and verifications need to have a simple way to be flagged as completed and verified. If this process isn’t simple, or involves more than a few screen touches, it won’t improve productivity and may be ignored. To stress again, we’re trying to avoid the requirement for system training in the field and involvement of third-party businesses and sub-contractors. I’ve yet to hear a solution to this problem, and this is, to me, of primary concern- how do you get a new contractor on-site and completing smart contracts without having to get their entire team to download apps or trained on on-site software?

A solution to completing smart contracts

An immediate suggestion would be interactive on-site project screens. The industry is moving towards the visualisation of productivity metrics and schedules in plain sight on-site. Perhaps these could be touch-screen with access to company or trade based smart contracts which can be ticked off for verification, or tied to simple web-based apps with the same base information.  We should also consider the contracts which can be auto-verified, like load tests or power verifications from network-connected IoT assets. Whatever we can automate, we should.

Take a look at this free ebook for more info on IoT and smart construction.

I manage a business which automates the access of workers on and off the site. Simply by being present on site, hard hat beacons display worker or contractor time and attendance, but also automate the checking and tracking of compliance documentation. If someone enters the job site with an expired work permit, for example, the nearest manager is flagged, or if you have turnstiles, the system will not allow them access. This kind of automation could easily be used to see work time in scheduled ‘work zones’ for productivity metrics, but also tied to completion of certain tasks in specific areas, which an intelligent system could infer the correct contract from.

What I’m getting at here is that before we advance down the route of ‘let’s do this cool idea’, we need to consider how it functions in the field primarily, not the office. This is where much of our productivity improvements can be made, and where the most internal ‘PR’ needs to be done.  More BIM managers in the field could be the first step.