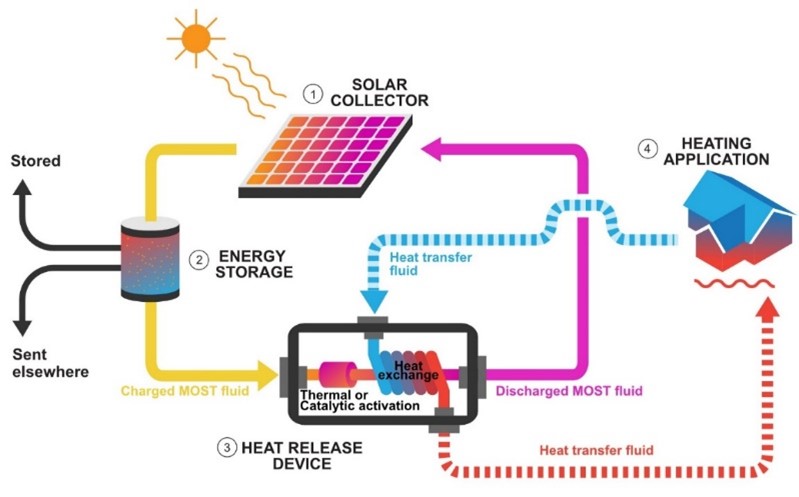 Researchers behind an energy system that makes storing solar energy, for up to 18 years, possible, have now taken the system a step further

Eventually, the research – developed at Chalmers University of Technology, Sweden – could lead to self-charging electronics using stored solar energy on demand. Kasper Moth-Poulsen, professor at the Department of Chemistry & Chemical Engineering at Chalmers, discusses the study.

Global energy demand continues to grow as population and wealth increase. Unfortunately, traditional fossil fuels are limited and not widely distributed on our planet. At the same time, burning fossil fuels has already generated serious environmental and health effects, including global warming and air pollution.

Solar energy is one of the most abundant sources of renewable energy on Earth. Previously it has been estimated that, for each year, the absorption and scattering of incoming photons to the surface of the Earth is around 7,000-8,000 times the annual world primary energy consumption. Hence, the development of solar technology can potentially relieve the increasing world energy pressure.

Among various solar-based technologies, a less discovered system, called Molecular Solar Thermal Energy Storage System (MOST) has potential for renewable and emissions-free energy production. The system is a closed energy system based on a specially designed organic photoswitchable molecule free of heavy metals. When the material is exposure under sunlight, it changes shape into an energy-rich isomer — a molecule made up of the same atoms but arranged together in a different way. The isomer can then be stored for later use.

To release the stored energy on-demand, a fixed-bed catalyst can trigger the saved energy as latent heat while returning the molecule to its original shape, so it can then be reused as solar heating battery (Figure 1). Ideally, we have estimated that up to 21% of the incoming sunlight can be stored in such a system. Recently, the refined system has been optimised to the point that it is now possible to store the energy for up to 18 years.

Stored solar energy can be used for electricity generation

In addition to storing solar energy for the purpose of heating, one could also use the stored solar energy for electricity generation. Our new study, published in Cell Reports Physical Science, which has been carried out in collaboration with researchers in Shanghai, China, takes the solar energy system a step further, detailing how it can be combined with a compact, micrometre-thin thermoelectric generator to convert solar energy into electricity (Figure 2).

Essentially, Swedish sunshine was initially being stored inside our specifically designed molecules and sent to the other side of the world. These charged materials have then been put on top of the thermoelectric generator and successfully produced electricity in China.

The research has already attracted great interest worldwide when it was presented at earlier stages. To be further highlighted, this is a very compact and local solar electrical power generator that operates entirely differently than the traditional photovoltaic battery storage combinations. In particular, it can be charged and discharged across half of the planet over a few months. 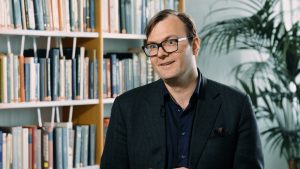 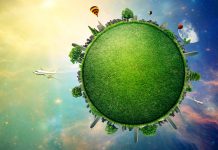