The standard forms of construction contracts is comprised of seven member bodies that represent the sectors of the industry who are the key participants in the contract process – the British Property Federation, Build UK Group, the Contractors Legal Group, the Local Government Association, the Royal Institute of British Architects, the Royal Institution of Chartered Surveyors and the Scottish Building Contract Committee.

In this ebook, Setting the Standard for Construction Contracts, JCT chairman Richard Saxon examines the British and Australian approaches to building energy performance.

In the UK, there has been much talk of delivering better performing assets but, as Richard says, the reality has been a record of woeful underperformance.

The Better Buildings Partnership, a group of 31 UK developers, discovered that in Australia, commercial buildings were achieving – and even surpassing – several sustainability measurements.

Richard details the Australian approach, how it is being achieved without increasing capital costs and the ultimate benefits for building users – and the efforts underway to import it to our shores.

Elsewhere, Peter Hibberd discusses the lessons to be learned from the collapse of Carillion and the need for subcontractors to take precautions with contracts even when working with the largest companies.

The JCT standard form of construction contract contains a number of provision that can help reduce risk for subcontractors. 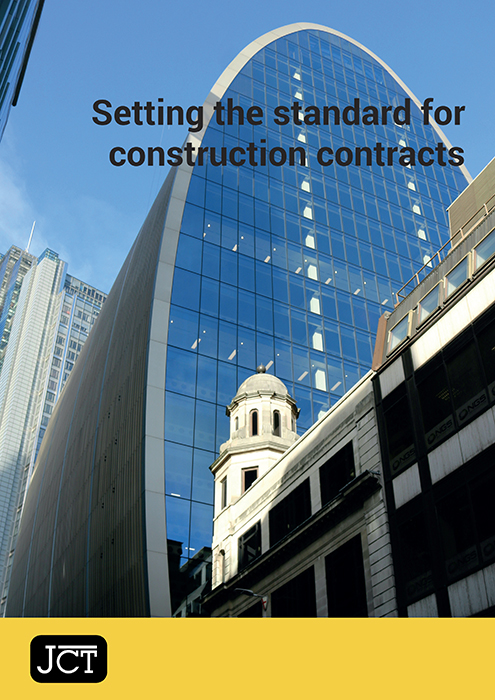