On 17 August firefighters were called to Burton Road behind The Broadway in Debden where they found a half-built apartment complex in flames.

Firefighters managed to extinguish the fire at the £10m project, which will comprise of 51 affordable units, made up of 17 homes and 34 flats.

Investigations found a molten tar bucket had sparked insulation on the building’s roof, causing a huge plume of dark smoke.

At a council meeting on 30 August, Paul Pledger, assistant director of housing, admitted the insulation was a flammable, polyurethane based brand similar if not the same to the Celotex used in Grenfell Tower.

When pressed by Loughton Residents Association councillor Chris Pond on why the insulation was chosen over flame retardant alternatives, Pledger argued the contract with building firm Mulalley had been signed three years ago.

He said: “It’s a design and build contract so we didn’t have the luxury of the knowledge that’s coming now out of Grenfell and we didn’t get to specify fibreglass or rockwool as you are suggesting.

“There are lots of pros and cons with all of these materials.

“We are not able to specify a particular product under a design and build contract because that means it is anticompetitive and the advice we have had from our solicitors is that we need to leave it to the contractors.

“We do have to rely on building regulations. We can’t change them because they are a statutory set of regulations used across the country.”

Pond responded: “I wonder whether this ever came up following the Grenfell fire whether we should, for all their problems, go for rockwool or glass fibre even though it may have been at extra expense.

“I am a little surprised after all the publicity from Grenfell that we didn’t think twice about specifying totally non-combustible material rather than an oil based derivative.”

Despite the ferocity of the blaze and the flammable materials, the fire was contained to just one part of the building and the damage largely superficial.

Pledger continued: “I have to say it isn’t as bad as we thought it was.

“A structural engineer has visited the site and he has confirmed that the building is sound and stable.

“There are no structural issues with the building.” 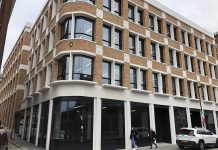 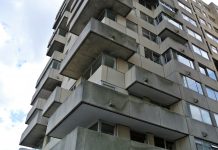