Funding has been approved to complete fire safety works in Pendleton, including replacing the ACM cladding system on tower blocks with a compliant alternative

Salford City Council owns nine tower blocks which are managed under a PFI contract by PTOL and housing association Pendleton Together.

Since the Grenfell Tower tragedy three years ago, work has been planned to replace the ACM cladding and implement a range of safety measures including council-funded sprinkler systems.

In the interim a range of measures have been taken, including fire marshals patrolling and monitoring the buildings 24 hours a day, seven days a week and the removal of cladding from the first three stories of all nine tower blocks to limit external fire spread.

Deputy City Mayor, councillor John Merry, said: “My gratitude also goes to our Salford tenants who have been incredibly patient during the last three years as we worked with PTOL as they developed a financial model to pay for the works and to secure funding to make homes safer.

“The council was initially prepared to loan PTOL the money needed but those plans were blocked. The PFI scheme was also not eligible for national remediation funds that other local authorities and housing associations have used.

“The good news is that the legal agreement we reached with Pendleton Together Operating Limited (PTOL) and private sector funders has been given government approval. The full programme will take more than two years to complete.”

Salford City Council is funding the installation of new sprinkler systems in all tower blocks at a cost in the region of £4m.

Tom Miskell, chair of PTOL, added: “We’re delighted that our plans have now been approved and work has already started on works to remove the cladding.

“Contractors have continued to work safely during the recent restrictions and they are on schedule to have all the cladding removed before the end of the year.

“We’re aware that this has been a troubling time for residents and we’re pleased that the important work can progress.” 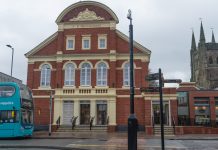 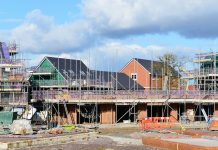 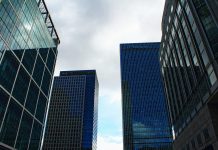 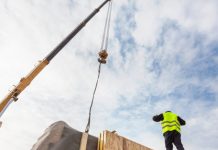