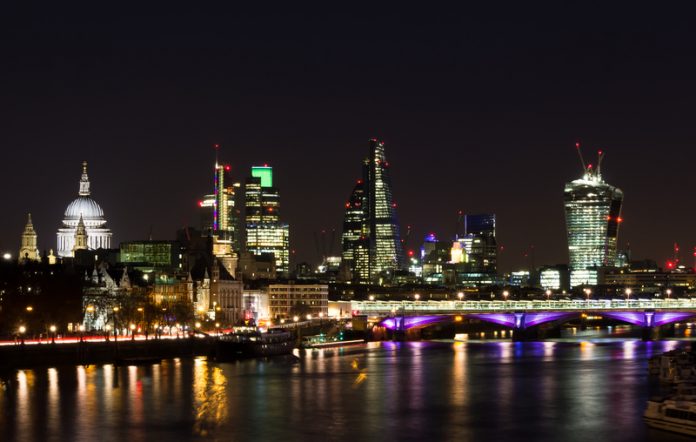 Considered one of Europe’s most iconic building projects, One Blackfriars London is a mixed-use development that features a 50-storey residential tower as its centrepiece, an adjoining three-storey podium housing a gym and retail facilities, and a boutique hotel with 161 rooms, all built over a three-storey basement with a swimming pool, spa and parking facilities.

Developed by St George and designed by Simpson Haugh Architects, the project is situated on the south side of Blackfriars Bridge overlooking the River Thames, offering spectacular views of St Paul’s Cathedral, Tower Bridge and Westminster’s Big Ben and the Houses of Parliament. WSP was appointed to provide structural modelling and engineering services.

The project site varied in depth and had remaining elements of a previously demolished building, which could not be removed without collapsing the surrounding infrastructure. Performing a 3D laser site survey enabled the team to understand the site challenges and design the new three-storey basement down to 13 metres, fitting around the site’s constraints.

Given that St George desired a strong, on-site marketing and sales presence, WSP designed a temporary three-storey, steel-framed facility fitted with replica apartments to serve as the marketing suite.

To support it at ground level, the team partially modelled the ground floor slab and supported the slab on plunge columns so that the three levels of the basement could be constructed around and underneath the marketing suite while in use. This piling configuration enabled temporary and permanent works to be combined and facilitated a top-down construction sequence.

The interoperability of Bentley technology allowed WSP to share the 3D design models with the construction contractor for generating logistics plans and sequencing work packages.

As the works reached the ground floor, the marketing suite was removed and the tower construction commenced.

To complicate matters, the rooftop structure of the tower housed the main building maintenance unit (BMU), which contained a shaft extending down into the multi-level penthouse floors. WSP worked with its in-house façade access consultants, sharing 3D MicroStation models to determine how to prevent the BMU from intruding on the penthouse space.

Using the WSP model, contractors could fully understand the space and reduce the size of the BMU to a more compact unit.

In addition to coordinating with the contractors, WSP opted for a collaborative design process to analyse numerous options and determine innovative solutions to ensure structural integrity of the asymmetrically shaped tower.

The design team used the architect’s 3D model in MicroStation and developed a framing skeleton for the model. Floorplate layouts were then extracted and seamlessly imported into RAM Concept, where multiple design iterations were analysed and automated drawing productions generated for client and design team coordination. This process streamlined workflow and optimised optioneering, enabling various alternatives to be analysed in half the time.

The geometry of the tower consists of a narrow base extending upward to a bulge, where the private viewing lounge offers panoramic views of London, and then slopes back in and continues rising upward. A multi-level penthouse accommodates the top five floors of the 50-storey building.

The tower includes 274 luxury apartments, all varying in layout with floorplates of different shapes and sizes and no repetition throughout the building.

Not only did WSP need a structural solution for the varied floor plans, but it also needed to design support columns that offered unobstructed views without intruding on the apartment spaces.

Based on the MicroStation architectural model and using RAM Concept, WSP determined that the optimal structural solution was a combination of fitting reinforced concrete blade columns between the party walls and circular feature columns.

With all the various sized apartments, the team needed to determine the location for the columns that best suited the individual layouts while still ensuring structural integrity.

Bentley’s interoperable technology optimised the column configuration and automatically generated arrangement drawings that were shared with the contractor for construction.

The glittering pinnacle of One Blackfriars Tower is the multi-level penthouse. Tasked with finding a structural framing solution for the most expensive part of the building, the design team used RAM software to develop structural support for the glass rooftop.

With Bentley’s structural design and analysis software, WSP introduced a transfer slab to support the entire dead weight of the roof cap and restrained it with horizontal and vertical restraints.

The team conducted a detailed deflection cap analysis that included testing the structural robustness of the main BMU on various transfer slabs. The interoperability of Bentley software optimised analysis, ensuring structural stability of the unique building geometry and achieving an iconic design.

Consistent with the elegant design of the tower, the architects were keen to have feature columns at the base of the building. The columns were narrow at the base and extended upward 10m in height, which forced the team to adopt high-strength concrete to ensure optimal axial stiffness and strength.

However, the client also wanted a two-level mezzanine above the lobby without any of the columns interfering with the open lobby space. Using RAM Structural System, WSP designed a steel framework and hung the entire framing system from the first residential floor slab.

With RAM Concept, the design team could enhance the thickness of the first level slab to support the frame loads.

Further up the tower structure are two smaller BMUs that required a variation in column design to avoid clashes as the columns rose from the floors below. RAM Concept enabled the team to determine an optimal solution, using reverse-Y transfer columns to allow space for the BMUs but still support the floors.

Finally, as with any high-rise building, lateral stability is a crucial issue. And with residential buildings like One Blackfriars Tower, the building core tends to be smaller compared to commercial buildings. To ensure lateral stability, WSP designed a staggered outrigger system that extended out and attached to the columns. This solution also provided the construction team complete access to each floor.

Pushing the limits of structural design

Bentley’s RAM software saved considerable time throughout all stages of the project. The technology allowed multiple iterations and design changes to be explored and adopted from the initial design proposal stage through construction, while ensuring compliance with European design codes.

Using Bentley’s integrated 3D modelling applications enabled WSP to design and deliver an iconic landmark for London and reinforces the notion that with the right capabilities, anything is possible and there is no limit as to what can be achieved. One Blackfriars will inspire the next generation of designers to think outside the box and promote London as the capital for world-class architecture and engineering.

“The software was very effective to coordinate and design cost-efficient and environmentally friendly solutions for the benefit of the client and the local community. The project stands proud as a centrepiece for architectural and engineering excellence.”