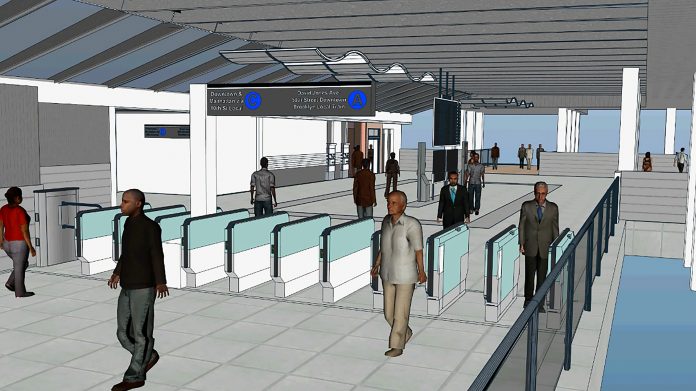 Bentley Systems has acquired pedestrian simulation software firm LEGION, which supports more than half of the world’s 40 largest transition agencies

The firm announced the deal to kick off its Year in Infrastructure conference in London.

Formed in 1997, LEGION‘s simulation application allows users to model and predict people’s interactions with each other and physical obstacles, as well as activities such as circulation and evacuations, in public spaces like railway stations, airports, tall buildings, sports venues and at street level.

Using LEGION’s simulation tools with digital workflows in Bentley’s OpenBuildings Designer, architects, engineers and building owners will be able to model pedestrian journeys to and from trains, platforms and through buildings.

Santanu Das, senior vice-president of design engineering for Bentley Systems, said: “Because pedestrian traffic and capacity are major concerns for infrastructure planning and operations, collaborative digital workflows for pedestrian simulation need to be prioritised during design.

LEGION founder Douglas Connor added: “Pedestrian flows should be considered fundamental design criteria for infrastructure assets like train stations or airports which are intrinsically meant to serve the needs of pedestrians.

“We’re excited to join with Bentley to provide designers, engineers, and owners with pedestrian simulation applications that are integrated with market-leading design modelling offerings. Next, we can advance LEGION’s ‘Science in Motion’ vision to incorporate pedestrian simulation quite cohesively – from the strategic and capital planning of an infrastructure project throughout its design, subsequent retrofits and into asset operations.”

Multinational engineering firm AECOM has been using LEGION software in its UK-based urban space team for more than a decade.

Samya Ghosh, head of urban space and regional director for transportation (Europe, Middle East, India and Africa), said: “The crowd modelling is primarily undertaken to provide an evidence base for wider evaluation of existing and proposed rail infrastructure, public realm, sports venue and major event planning, and design or refurbishment of large institutions.

“The LEGION software is widely accepted among clients for pedestrian micro-simulation modelling, which our professionals use to analyse and inform designs and masterplans. In our recent projects, it has been increasingly important to integrate the pedestrian modelling with BIM and in this respect, I consider the merger of Bentley and LEGION will open up a huge potential.”