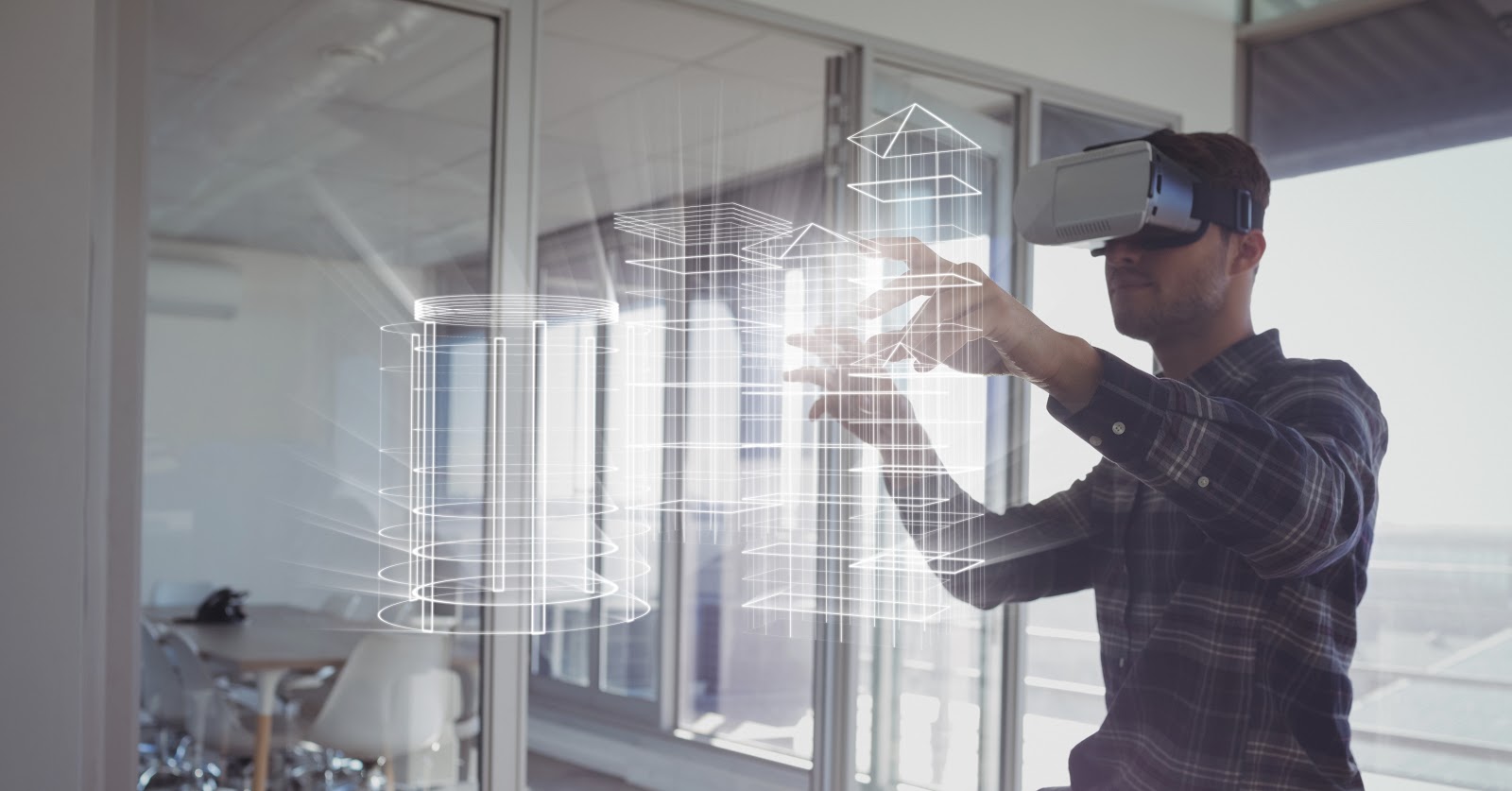 Construction 4.0 is set to revolutionise the construction industry. By utilising futuristic technologies like Artificial Intelligence (AI) and Virtual Reality (VR), the industry is now able to build models and visualisations of projects to test any shortcomings, before the project is built to scale. This can save time and money as many issues around feasibility and safety can be identified in advance.

Such technologies don’t yet speed up the process of securing planning approval and passing building control, but as Construction 4.0 continues to gain momentum in the industry, it’s likely that this could become a reality. These sorts of innovations could be useful for local authorities, allowing them to increase the efficiency of both the planning and building control process. This is what that could look like in reality.

How can BIM and VR be used in planning?

Building information management (BIM) and VR are two technologies that could be of great advantage to local authority planning teams.

BIM is a process for using design and data to create a virtual construction project throughout its whole life cycle. As part of this process, a coordinated digital description of every aspect of the built asset is developed. This combines 3D models and associated structured data such as product, execution, and handover information.

Virtual reality could also be a useful tool. It is currently being pioneered by construction companies. In part it can enable the 3D modelling that feeds into BIM, but it also offers a much more immersive experience, where one can feel as though they are physically walking around a site, or can view how it will fit into a landscape, before the ground has even been broken. It’s easy to see why gaining access to these two types of technology could form part of the aspirations of many planning teams.

The application of these tools will give a much clearer picture of sites and as a result will speed up the approval process.

30 years ago, if a major site was in development, the project managers would often build a model in polystyrene to bring it to life for planners and speed up approval. This scale model was used to interpret what was being build alongside the paper plans. But obviously, if something needed to be re-worked, you would have to rebuild the scale model. This was expensive and as a result it fell out practice.

With immersive 3D modelling, the effect is as if you were stood in the street looking at it in real life – you can see exactly what the finished structure will look like. BIM is a brilliant tool for planners, who will be able to visualise how it will fit into the landscape. This would be a real benefit for major schemes, but it’s the building control aspect where BIM modelling really shines.

The idea is that along with the immersive model, you receive a file containing the BIM model which effectively contains all of the information on that project, almost down to each nut and bolt.

If building control teams can walk through one model visually, they will be able to inspect aspects such as cladding, fire doors or access and they will be able to view the necessary product descriptors from the manufacturer of the part or material – all from within one program.

They can easily see all the specifications and can quickly make a decision whether to approve it or not. If not, changes to the model can easily be made or conditions added to the decision notice.

What are the safety benefits?

Having this level of information available before a build really could be a game changer, a particularly pertinent one in the wake of Grenfell. Safety issues can be flagged before the project goes ahead, potentially altering the future of any given development.

Everything about a high-rise building can be considered in advance by a local authority, from details of the cladding through to the location of every door.

This feeds nicely into the government’s ‘build back better’ philosophy, which is to get things built faster, better, and safer. One reason the recent proposed planning reforms needed consideration was because there was a focus on trying to dilute the planning process to get things done.

How Virtual Reality could ‘win over’ the public

Another roadblock often hit by developers, is coming up against public criticism. This is often rightly so as members of public are concerned about changing landscapes and eyesores disrupting their local environment.

However, there is potential with VR modelling to be used at the public consultation stage as a tool to show people exactly what the finished build will look like.

This is far more appealing to the public than the traditional cardboard model and will likely increase positive engagement in the project.

This could extend to highway schemes as well, especially if a team goes out to do a consultation paper on a proposed road improvement. The ability to actually follow the road in a way similar to using Street View, seeing how a new roundabout will work or how an added junction would work, will help build a case to the public of how it will improve roads.

What are the challenges of implementing Construction 4.0 in planning?

At the moment this is of course largely hypothetical, and as for adoption and integration within planning departments– well, if you’ve worked for a local authority, you may be rolling your eyes right now – just because a technology is ready and able to be adopted, it doesn’t mean that there is necessarily any budget to buy it.

And it would be fair to say that currently, at a budget meeting, the concept of BIM and VR adoption would be more readily seen as ‘nice to have’ rather than a necessity, as there is already a functional process in place, and as it stands these technologies can be costly.

However, when you consider the ROI in terms of time saved, it could end up being a one-off investment that leads to long term gains. And certainly, as these technologies become more widely used across other sectors, we may well see the costs come down and an expectation from customers that local authorities are using the same tools they are.

The future of Construction 4.0 in planning?

We may be a while off the adoption of Construction 4.0 in planning, but there is every chance that these tools will come into play in the future, and a large part of speeding up that process lies in preparation.

There are additional considerations such as infrastructure readiness and thinking about how these tools will integrate with the planning system in its current form. That’s why it’s key to start a conversation with your provider as soon as possible, to ensure that they’re on the same page. And when the day comes, you’ll be able to implement the future of planning without delay.