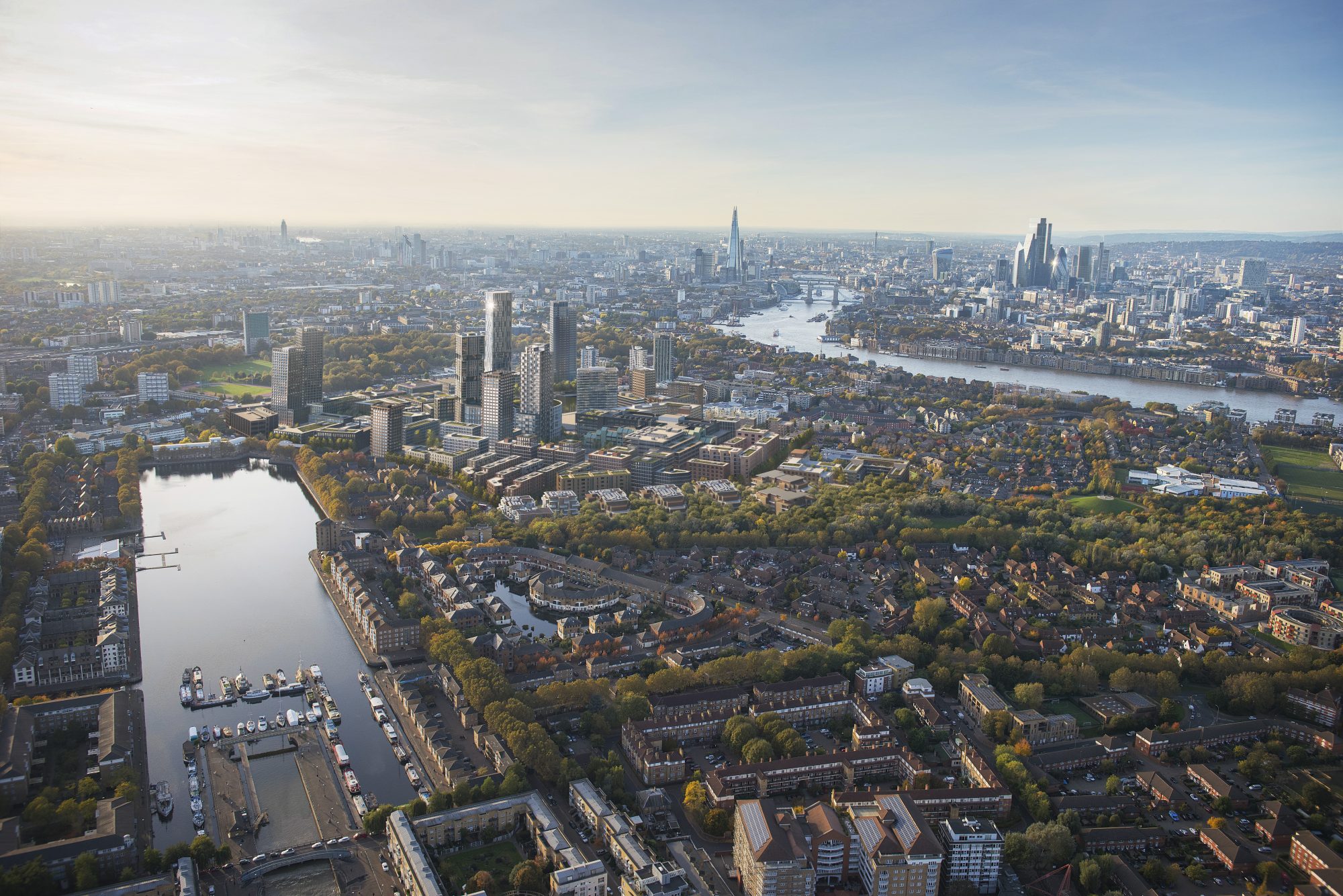 How a common data environment is ensuring all project data is accessible within three clicks for the highly ambitious Canada Water project, a new £4bn urban centre in London

British Land is one of Europe’s largest real estate investment companies, with a focus on delivering the best, most sustainable places for customers and communities.

At Canada Water, British Land is partnering with the London Borough of Southwark to create Canada Water, a new £4bn urban centre in London.

Highly flexible planning consent has been secured, which includes up to 3,000 new homes (35% of which will be affordable housing), around 2m square feet of workspace and around 1m square feet of retail, leisure, entertainment and community space.

Canada Water is expected to take 10 years to complete, and British Land wanted to collect another 15 years of operations data after completion. However, due to the size of the development, it generated a huge amount of data from the start. British Land needed a way to manage all documentation and ensure critical information would not become lost. Therefore, they contracted information management service provider Amodal to gather and organise project data, ensuring intuitive and futureproofed access across the building lifecycle.

To manage the data generated by such a massive project and help form a lasting, sustainable legacy, Amodal sought to enable digital workflows through improved data access. Working on behalf of British Land, they wanted all key information generated by the multiple components of Canada Water to be easily accessible, including design documents, risk registers, expense plans and monthly reports. The goal was to have everything available to all users within three clicks of a mouse.

Additionally, they wanted to establish audit trails that would ensure accountability, quality building design and readily available information to stakeholders. Easy access to digital data would assist with decision-making and sustainability.

However, simply going digital would not be enough to manage the complex development. If digital documentation was stored in multiple, isolated silos, developers and stakeholders could potentially waste valuable time seeking out the location of specific information. As a result, the project could fall behind schedule and both risks and costs could increase. To succeed, Amodal’s digitalisation would need to incorporate all data into a single location. 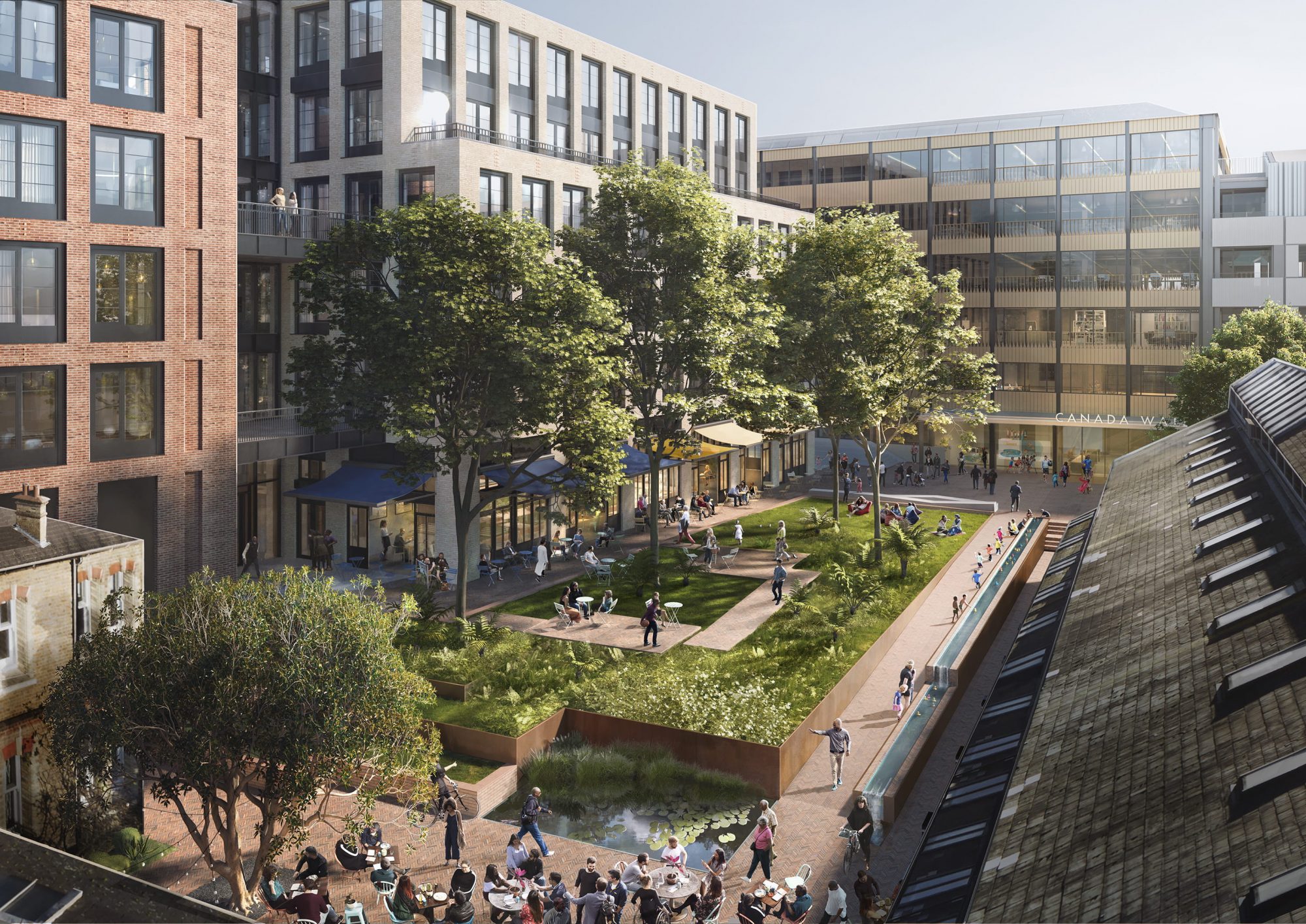 After examining various potential solutions, Amodal determined that Bentley’s BCDE Portfolio could establish a common data environment that could support British Land’s immediate needs and its digital vision for the future.

Amodal used the application to develop a connected data environment (CDE) for the Canada Water project that could incorporate all documents, construction drawings and related data, and provide total asset information management control. Since British Land was already using a different common data environment for the preliminary stages of the project, Amodal ran migration exercises and determined that they could easily transfer the data into BCDE Portfolio.

After gathering these wish lists, they proposed that a role-based interface be developed to ensure it was futureproof and user-friendly for the many teams using it across full building lifecycle. Contributors throughout the project began using BCDE Portfolio during the design phase to manage new developments, mandate deliverables from the project delivery supply chain and keep capital delivery partners accountable for their work.

Though British Land’s CDE has just begun what is expected to be a 30-year lifespan, including Canada Water’s operations after completion, it is already delivering benefits to the project. British Land team members can now easily access information and surveys that were gathered years ago, when the project was in its early conceptual phases.

Previously, this information was stored in old email chains or free cloud storage systems such as Dropbox, which were time-consuming to search through. Amodal’s common data environment also makes the sharing of information between multiple project components more efficient and has improved oversight via reporting that encompasses the entire master plan.

The transparency provided by the common data environment has proven key to obtaining approval from government agencies, helping them safely and securely share information with third parties, such as public utilities.

Since the CDE is aligned with BIM standards and enforces information standards including document naming conventions, British Land ensures consistency of information throughout, reducing delays and mitigating risks.

Additionally, the common data environment helps British Land meet its goal of sustainable development. By preventing the need for sending and storing multiple versions of the same file, they reduce their data centre use and, in turn, lower electricity use. Amodal estimated the carbon savings from not having to email contributors copies of all information about a project component could reach 153kg per person.