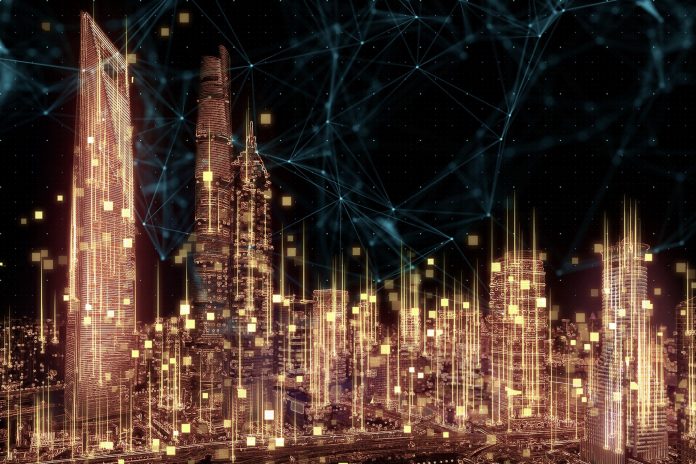 Dr Timea Nochta, a research associate at the Centre for Smart Infrastructure and Construction at the University of Cambridge, makes the case for city-scale digital twin applications to engage with the urban societies and socio-political processes they aim to serve

The digital twin (DT) concept, while being a relatively new addition to the smart city agenda, has rapidly made significant impact in terms of city-scale application demonstrations. Cities around the globe – including Singapore, Paris, Helsinki, Newcastle-upon-Tyne, Cambridge and Boston – have started developing virtual modelling and management environments under the (city-scale) digital twin umbrella.

Despite being a novice in the context of the built environment, the digital twin concept dates as far back as the 1960s when NASA employed the basic ideas associated with the technology to aid their space missions – for example, to simulate the conditions on board Apollo 13. More recently, the concept has gained attention primarily in manufacturing as part of Industry 4.0.

Current enthusiasm towards, and industry interest in, built environment digital twins in the UK stems from the National Infrastructure Commission’s report Data for the Public Good published in 2017.

The report called for the development of a UK national infrastructure DT to enable better-informed decision-making and improve the performance, quality of service and value delivered by assets, processes and systems in the built environment. In response to the challenges set out by the commission, the Centre for Digital Built Britain’s (CDBB) Digital Framework Task Group (DFTG) was launched by HM Treasury in July 2018 to deliver the National Digital Twin Programme.

CDBB published the Gemini Principles in December 2018 to set out proposed principles to guide the national digital twin and the information management framework that will enable it. The report marked the first output of the DFTG and identified the inherent differences between digital twins in manufacturing and the built environment, and the resulting challenges of the adoption of the technology in this context.

In terms of technology, built environment digital twins make use of advances in sensing, visualisation and big data processing technologies and techniques. Together, these enable large-scale, dynamic data collection, more intuitive and detailed visualisation based on BIM, and data processing using advanced machine learning techniques – including the potential for automated management and simulation environments based on AI and IoT systems.

The Gemini Principles report presents nine principles to guide the development of built environment digital twins grouped around notions of purpose (public good, value creation, insight), trust (security, openness, data quality) and function (federation, curation, evolution). While these principles assume governance mechanisms and/or governance systems around digital twins, the report does not explicitly address issues inherent to city governance such as politics, power or (local) democracy – in other words, the question “who decides” when it comes to assessing purpose, trustworthiness and functionality.

While such issues are potentially less relevant to digital twins in manufacturing or of individual assets, city-scale digital twins must appropriately engage with the urban societies and socio-political processes they aim to serve.

In order to better understand the real-world implications of the Gemini Principles specifically at the urban scale, and to explore the concept through sociotechnical lenses, researchers at CSIC established a working relationship with the local and regional authorities in the Cambridge city-region. Participants of the study included representatives of Cambridgeshire County Council, Cambridge City Council, South Cambridgeshire District Council, the Greater Cambridge Partnership and the Cambridgeshire & Peterborough Combined Authority.

The Cambridge digital twin case study research was funded by the Centre for Digital Built Britain, under Innovate UK grant number RG96233 and is founded on research from the Digital Cities for Change project funded by the Ove Arup Foundation.

Together with the stakeholders, the researchers co-developed a digital twin strategy for the Cambridge city-region. Rather than deciding the purpose of the digital twin from the outset, a half-day workshop was held with representatives in order to understand their interpretations of the challenges the region is facing, how these were being addressed and the ways in which these existing efforts required support.

The discussions highlighted a challenge: while there is significant interdependence between transport, energy and air quality policies and interventions in the city-region, these efforts remain locked into organisational-sectoral silos, and collaboration and oversight are lacking. The Cambridge city-scale digital twin, therefore, was designed with the specific aim of supporting more joined-up decision-making at the intersection of the domains of transport, energy and air quality.

This purpose at the nexus of various policy domains meant there was no one problem ‘owner’ to be identified. Researchers had to map the relevant governance landscape and engage with a variety of stakeholders from the public and private sectors as well as citizens (local residents) to understand what kind of digital tool they would consider trustworthy.

Their views on trustworthiness didn’t always reflect data or technology-related considerations. Rather, stakeholders and citizens considered trustworthiness in terms of improving the consistency of results from existing (largely unconnected) urban modelling exercises, or the accessibility of these models and modelling studies used to support decision-making.

‘Usability’ has become an important point of many conversations: stakeholders expressed an interest in being able use the digital twin tool themselves in a dynamic way. They called for more transparency and (at least) a high-level understanding of how the digital twin processes data, what kind of data it is fed and how these relate to the outcomes it produces.

Representatives of citizen associations (eg residents’ and community groups) did not automatically reject data-driven decision-making as such but wanted more transparency and accessibility as modelling is used to support economic development targets that have an impact on the everyday lives of citizens and communities.

It combines information relating to trip origin-destination, choice of mode of travel and socio-economic profile according to income levels. Linking with existing urban models (transport and energy respectively), the prototype was used to investigate potential travel demand reduction due to teleworking and flexible working in the future, and to map energy infrastructure upgrade requirements due to the projected impact of electrification of transport (using different scenarios: baseline/business-as-usual, fringe development, densification). These scenarios helped to spark debate around different options to deliver on the policy goals identified in the first step as the purpose of the digital twin study.

The results of this short study, which ran between November 2018 and July 2019, led us to conclude that to move beyond mere hype technology, city-scale digital twins must focus on gaps in understanding of systemic interdependencies, and modelling evidence locked into the relevant organisational-institutional silos. By doing so, city-scale digital twins can evolve gradually, via challenge-led, context-sensitive modules providing loose links between specialist models.

Furthermore, city digital twins must be designed and implemented in a way that they are perceived as usable and useful tools by prospective users. Only this way can they contribute to both individual and organisational learning, which is crucial in the context of smartification of urban planning and management.

City-scale digital twins may offer numerous benefits for urban planning and management. However, locking their development into a one-dimensional, exclusively technology-focused perspective can result in remaining confined to simplistic problem definitions and solution options, without adequately addressing the root causes of the pressing challenges cities face today. The Cambridge city-scale digital twin demonstrated that cities and urban societies are inevitably more complex and heterogeneous than current assumptions in the discourse around digital twin technology applications.

Centre for Smart Infrastructure and Construction 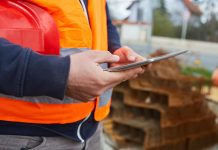