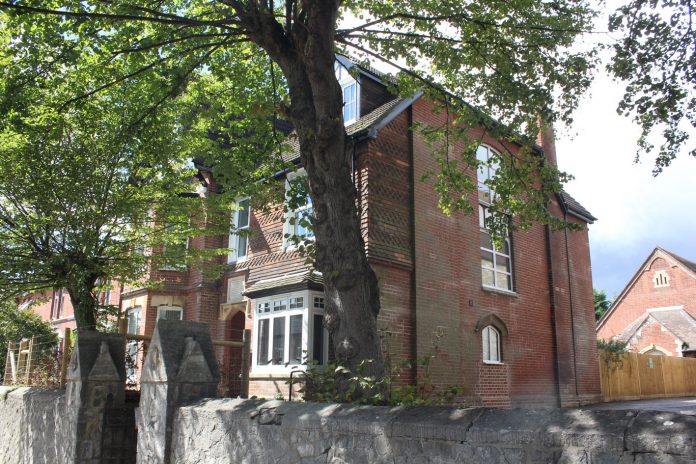 The property, Christchurch Lodge, bought and refurbished by Ashford Borough Council as a more stable and cost-effective alternative to B&B accommodation for those without a roof over the heads, opens to its first residents this mon.

Development surveyor, Darren Parrett, said: “This is a significant achievement in building energy performance, made all the more remarkable given the physical limitations of an existing 19th-century building compared to a blank canvas design of a new-build scheme.”

“It confirmed in real life what he’d learnt on our CPD training course a few years ago. It was also good to hear that Jenner, the contractors, found it so easy to use. So many builders tell us this. It’s pretty much the number one comment we receive again and again.”

The former vicarage, which costs just shy of a million pounds to buy and refurbish, will be home to 25 people in eight flats as they await more permanent accommodation.

It is the second such property the council has purchased, with its sister home has provided a place of safety for 180 households over the past five years.

The money saved by accommodating homeless people there rather than in B&Bs – which cost around £268 a week for a small family – means the first project paid for itself in less than four years.