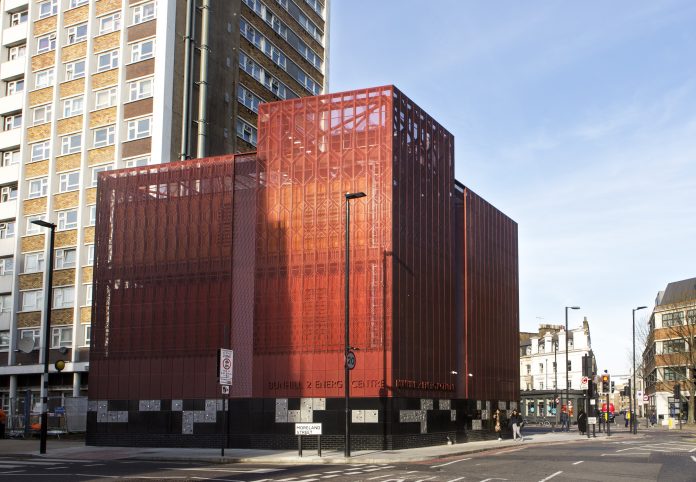 Waste heat from the London Underground network is now capable of providing heating and hot water to more than 1,350 homes, a school and two leisure centres in Islington thanks to a pioneering energy centre that opened today (5 March 2020)

The Bunhill 2 Energy Centre – the first of its kind in the world – provides a blueprint for decarbonising heat in potential future schemes in London and around the world, reducing heating bills and carbon emissions while improving air quality and making cities more self-sufficient in energy.

The new energy centre uses technology on the site of a disused Underground station that commuters have not seen for almost 100 years. The remains of the station, once known as City Road, have been transformed to house a huge underground fan which extracts warm air from the Northern line tunnels below. The warm air is used to heat water that is then pumped to buildings in the neighbourhood through a new 1.5km network of underground pipes.

The energy centre and new pipework adds a further 550 homes and a primary school to the existing Bunhill Heat and Power district heating network, launched in Islington in 2012. The network already provided cheaper, greener heat every day of the year to two local leisure centres and more than 800 homes, but the new energy centre gives the system the potential to supply up to 2,200 homes.

The centre’s combined heat and power technology means it also generates cheaper, greener electricity that is fed into the London Underground network and an adjacent tower block, powering its communal lighting and lifts.

In addition, the two-metre fan, installed in an existing six-storey London Underground mid-tunnel ventilation shaft, can also be reversed to help with cooling the Tube tunnels in the summer months.

During the winter months, a fan in the ventilation shaft extracts warm air from the Tube which travels over a series of water-filled pipes, heating the water inside by a few degrees.

The water temperature is then increased to about 80c using heat pumps, which is suitable for domestic and commercial central heating systems. The fan also has the potential to operate in reverse to supply cooler air to the Tube tunnels during the summer months.

The hot water is pumped around a network of insulated underground pipes, and the heat is again transferred to communal heating system loops on housing estates using heat exchangers.

The heating bills for council tenants connected to the network will be cut by 10% compared to other communal heating systems, which themselves cost around half as much as standalone systems heating individual homes.

The nearby Moreland Primary School is the first school to be connected to the network, which already serves the pool and facilities at Ironmonger Row Baths and Finsbury Leisure Centre.

The district heating network is greener because it reuses heat that would otherwise be wasted; those who are connected will be helping to reduce CO2 emissions by around 500 tonnes each year.

The extension to the Bunhill Heat and Power district heating network is a collaboration between Islington Council, Transport for London and the Mayor of London. It was funded by Islington Council, which owns and runs the network, and a grant from the European Union’s CELSIUS project. 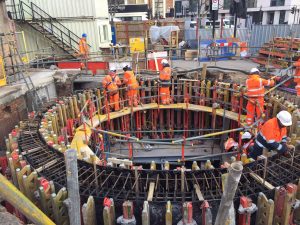 When Ramboll was appointed by Islington they had already built the first phase of the Bunhill heat network, delivering efficient heating to 850 homes through a gas combined heat and power (CHP) scheme at Bunhill Energy Centre 1, but wanted to do more, and we were asked to find out how to supply heat to an additional 500 dwellings in north London using low-grade waste heat from the London Underground.

The low-carbon heat source was a London Underground ventilation shaft, located on City Road, where 18-28 degrees Celsius air is exhausted to the atmosphere from a long-abandoned tube station (City Road, between Old Street and Angel), now part of the Northern Line tunnel ventilation system.

Ramboll’s feasibility study confirmed that this source of waste heat could be exploited by heat pumps, which would capture the waste heat and upgrade it to approximately 80 degrees Celsius, as opposed to the original design temperature of 95 degrees Celsius.

Islington Council wanted the scheme to supply the cheapest, greenest heat possible, so the heat pump design temperature was lowered further to 70 degrees Celsius to increase the system’s efficiency. Ramboll investigated the impact of lower temperatures for the connected buildings’ heating and domestic hot water loads to ensure demands could be met and end-user comfort wasn’t compromised.

Lucy Padfield, District heating director at Ramboll: “We believe that the use of large-scale heat connected to urban district heating systems will play a major part in decarbonising the UK’s heating energy demand.

“The use of heat pumps utilising industrial waste heat sources is more carbon efficient than gas-fired CHP, the usual source of heat for district energy schemes. I am convinced that with the increasing use of renewable power sources, large-scale heat pumps connected to district heating systems will play a major role in the future heating of cities in the UK.

Our ground-breaking solutions implemented at Bunhill and our ongoing investigations show that by using waste heat as a core part of our energy mix, we can deliver cheaper and de-carbonised energy to thousands of people in existing buildings and new build developments simultaneously from the same district heating network.”

The Mayor of London, Sadiq Khan, said: “It’s great to see this highly innovative project up and running, recycling waste heat from the Tube to provide a low-carbon, affordable way of heating local homes and businesses.

“I’ve set London the target of being carbon-neutral by 2030. It’s an ambition that will require innovative projects like Bunhill to help deliver it. If we’re truly going to tackle the climate emergency we will need progressive partnerships between local authorities, City Hall, TfL and others as was demonstrated so perfectly by this project.”