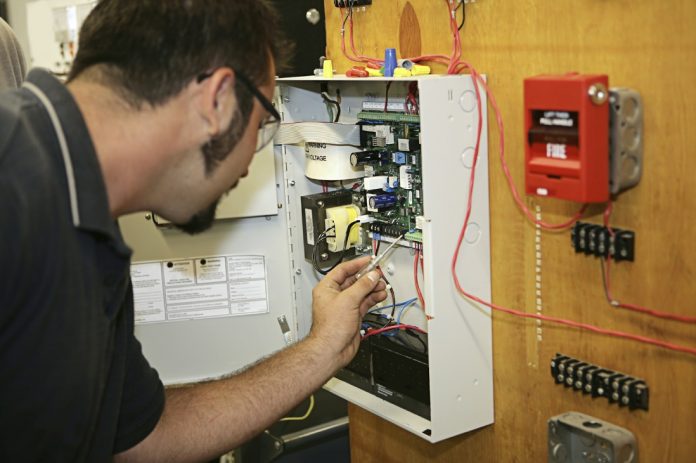 Good news for the fire industry, as four new qualifications have been unveiled today for the fire detection and alarm sector.

The courses, which will be run by the Fire Industry Association (FIA), will be available to book from early July.

According to FIA, the four qualifications focus on the main job roles within the fire detection and alarm sector: Designer, Installer, Maintainer and Commissioners.

The qualifications were identified by FIA in conjunction with employers, recruiters, member organisations and learners.  Each course is related to the four specific job roles and have been developed with this in mind.

FIA said the qualifications, which have taken years to produce, have been designed to ensure those who partake in them come away with an in-depth knowledge of their specialist field.

Each course is equivalent to an A-Level or NVQ Level 3 and will award the learner with Level 3 on the Regulated Qualifications Framework (RQF) upon completion. Furthermore, the courses are also equivalent to the new Level 4 on the European Qualifications Framework. This is one level higher than specified in the newly released EN 16763 Standard for those working in the fire and security sector.

FIA’s Training Manager Ian Gurling said: “Our members and learners have very much guided us in the process of designing these new qualifications.

“Through surveys and feedback, we’ve kept an open dialogue with the industry to create qualifications that will be hugely beneficial to both learners and employers.

“It became important early on to us to design new qualifications that cover a wide range of theory, but in a way that is relevant to each individual job role within the fire detection and alarms sector.”

Each course starts with a foundation unit. This enables learners to gain a good understanding of their field, including necessary standards that must be followed, as well as a grounding in best industry practice. From this, the course progresses into other more advance units before a choice must be made to qualify the learner in their field (Design, Install, Maintain, or Commissioning).

The qualifications will be formally launched on 20-22 June at the FIREX International Event, which is being hosted at ExCel, London.