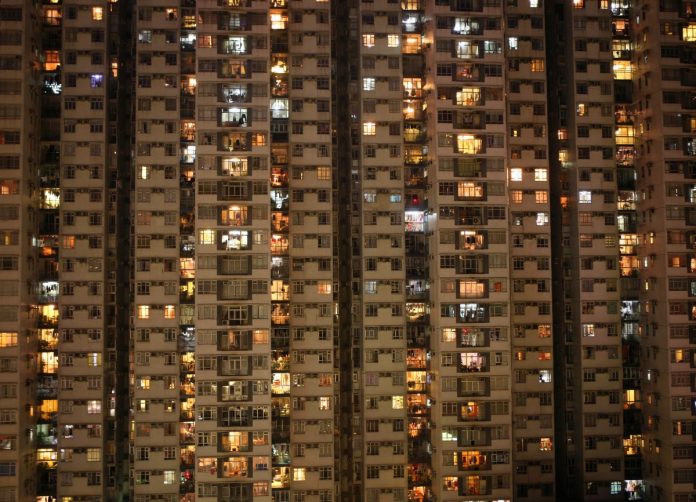 Following the Grenfell Tower disaster, there have been widespread calls to retrofit fire sprinkler systems in social housing. BAFSA supports this principle – but Chief Executive Keith MacGillivray cautions against a rush to install systems that do not meet British Standards

BAFSA has worked tirelessly for more than 40 years to ensure that automatic fire sprinklers are properly designed and installed in all types of occupancies across the United Kingdom.

The UK sprinkler industry, through this association, has invested heavily in research to ensure we can produce evidence-based data for use by local and national governments. It was BAFSA-backed research in 2011-2012 (The Callow Mount Sprinkler Retrofit Project) which proved that retrofit fire sprinkler systems in social housing were indeed feasible and cost-effective.

A primary objective of this Sheffield high-rise sprinkler project was to determine the practicality of installing a complete system without the need for residents to decamp.

During the early stage of planning, it was recognised that it was vital residents were happy with the proposals to retrofit fire sprinkler systems in their homes and many meetings were held, before and during the project, to ensure they were kept fully informed and that their concerns were properly taken into consideration.

Residents were invited to attend an initial meeting with all partners which explained how fire sprinklers worked and included a myth-busting session to address commonly found fears.

To allow the installation team to test, and refine, their approach without impacting on any of the residents, installation commenced in a vacant flat kept for respite use. Systems were then installed in three additional flats. This included some that were occupied – at the request of the residents. In the light of this initial experience, the programme was slightly amended. The whole scheme, covering 48 flats including lobbies, boiler rooms and bin stores, commissioning and snagging was completed in four weeks.

The experience revealed that the installation in each flat could be completed in less than one day without evacuating residents and the adopted approach ably illustrated how significant improvement in life and building safety can be readily achieved with minimal disruption.

This was smoothly realised through the cooperation of all concerned and clearly if the adopted approach could be fully integrated with other refurbishment work programmes, additional cost and time benefits would be achieved.

In the light of the Grenfell Tower disaster, while housing providers appear eager to provide more robust fire protection for tenants – especially those in high-rise blocks – BAFSA members report growing fears that a ‘rush to install something quickly’ may result in retrofit fire sprinkler systems being provided that are not fit for purpose.

Those specifying systems and authorities having jurisdiction (eg building control and fire & rescue authorities) must therefore appreciate the risks – and possible liabilities – involved.

There are available on the market a number of automatic fire suppression systems that purport to comply with or ‘provide an equivalent degree of protection’ as those installed to British Standards. Such products may be designed to other standards – or to none – but it is BAFSA’s belief that these are unlikely to provide the same degree of certainty of reliable operation and levels of protection as systems designed and installed in accordance with established codes of practice.

Such non-standard-compliant or innovative systems include ‘low-cost sprinkler protection’ where the sprinkler heads are fed directly from the property’s internal cold water distribution system, ‘pre-action’ or ‘double-knock’ sprinkler systems.

Recent developments in the provision of standalone ‘personal protection’ systems, which provide a freestanding fire suppression system covering a small room or part of a larger room, can now be used with confidence for the safety of immobile people, provided equipment certificated to LPS 1655 by the LPCB is used. The scope for this equipment will be covered in a future British Standard.

One particular product, growing in popularity with building control officers, comes with the claim that it meets the performance standards of BS 92521 and BS 84582. On the face of it, this looks impressive; however, these tests only relate to the nozzle – not the system. It therefore seems bizarre that something installed in a building to protect life can obtain approval simply on the basis that a single component has passed a laboratory test.

It is BAFSA’s opinion that since reliability and efficacy is a paramount issue, only systems designed and installed to the British Standards should be specified for residential and domestic premises.

Furthermore, owners and responsible persons should seek to employ competent contractors with the appropriate third-party accreditation to both design and install sprinklers or watermist systems and ensure that arrangements are put in place for future servicing and maintenance. Where component standards exist then these should also be complied with.

Currently, there are three accredited bodies that operate such certification schemes for sprinkler installations: The Loss Prevention Certification Board (LPCB), Exova Warrington and IFC Certification.

Specifiers, or those involved in providing guidance on the procurement of non-standard systems (including the fire & rescue services), should also be aware that at the time of writing, none of these UKAS-accredited fire certification bodies will allow a certificate of compliance or conformity to be issued for a non-compliant system. Those who propose or support the use of systems that do not comply with an appropriate standard should understand that they may incur an assumption of liability should such a system be discovered to be unfit for the purpose for which it was installed.

It should also be noted that at the time of writing, only the LPCB maintains schemes for testing the components of automatic fire suppression systems.

Seven years ago, BAFSA instigated the development of the first National Occupational Standards for the Mechanical Fire Sector, which state what is required of a worker in terms of performance and knowledge. These provided the building blocks for the IQ Level 2 Certificate in Fire Sprinkler Installation – the first nationally recognised qualification for sprinkler installers, which was designed, developed and launched by BAFSA. To acquire this qualification, launched in 2015, students must achieve seven mandatory units, which reflect the knowledge and competencies necessary to meet the industry standards for the installation role.

BAFSA is urging the government to take immediate action to actively promote, through legislation and regulation, retrofitting of automatic fire sprinklers in high-rise housing throughout the UK as the only effective measure to compensate for single staircases, combustible external cladding and poor standards of fire compartmentation. It is also essential that housing providers only install automatic fire sprinklers to the appropriate British Standard using third-party accredited installers and approved components.

We are also calling for a coordinated approach to the provision of financial and technical support to ensure that all housing bodies are able to carry out this work.

Action to prevent the needless number of fire deaths in the UK continuing is needed now. 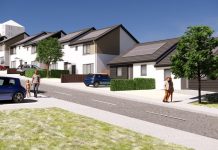 Caledonia partners with NatWest to secure £75m of sustainable funding