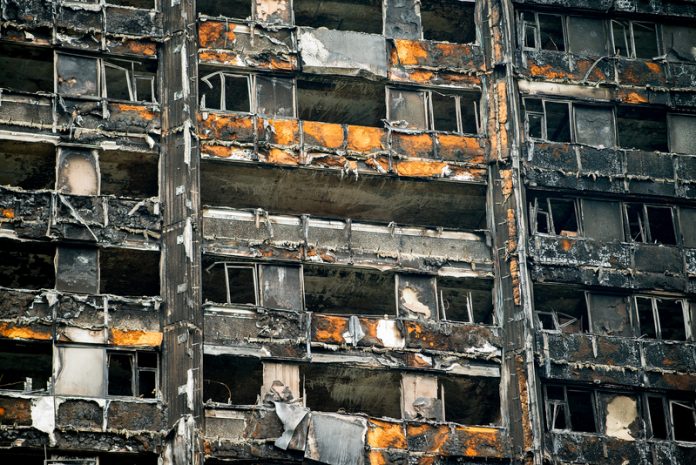 A recent report published by RepRisk today (22nd March 2018), highlighted Grenfell Tower – which led to the death of 75 people – as their ‘Most Controversial Project’ in the world

RepRisk revealed the role of organisations involved in the fire including the Royal Borough of Kensington and Chelsea Tenant Management Organisation, but also a number of companies in the construction supply chain, including Rydon Group Ltd and Harley Facades Ltd, as well as the manufacturer of the Hotpoint-branded refrigerator that caused the fire.

Findings from the report also showed that out of the 10 most dangerous projects they found, two came from the UK.

Further evidence from the report suggests that negligent behaviour towards workers from lower socio-economic backgrounds was a key factor in corporate fatalities.

Other projects in the report include the abuse of immigrants by G4S at the Brook House detention centre near Gatwick; the repatriation of European employees from Lafarge’s Cement Works in ISIS held Jalabiya while local workers were required to stay on until their eventual capture; and the use of illegal migrant workers to build the Imperial Pacific Resort in Saipan.

To conduct the report, RepRisk used over 80,000 sources that are available to the public. More than 25,000 projects were assessed based on 28 environmental, social, governance (ESG) and business conduct risk factors. Human rights, labour, the environment and corruption were also taken into consideration to produce the findings.

“Workplace accidents at projects show that hazardous and poor working conditions frequently cause exposure to ESG risks for the companies involved. Therefore, assessing a company’s business conduct on the ground as reported by stakeholders and local sources helps to shed light on issues that can have reputational, compliance, and financial impact.”

The Chartered Quality Institute (CQI), is concerned with the lack of operational governance highlighted in the report.

“This report reveals chronic operational governance failure, with major multi-national organisations such as Lafarge, headquartered in Switzerland, paying scant regard to the welfare of local workers in faraway, war-torn locations. The projects highlighted are not cases of bad luck, but are clear cases of negligence.

The introduction of ISO 45001 – the world’s first internationally recognised standard for health and safety – is a potential turning point in encouraging organisations to put in place a framework to improve employee safety, reduce workplace risk and create better safer conditions. Businesses need to understand that the world is no longer going to tolerate a laissez faire approach to health and safety, whether in central London or Jalabiya in Syria.”

For more on ‘The Most Controversial Projects’ click here