New research into the conditions of workplaces across Britain has revealed a whopping 87 per cent of construction workers claim their building site is a health and safety hazard.

The research, carried out by Ginger Research on behalf of personal injury solicitors Hayward Baker, involved 1,019 employees, of which 115 worked on a building or construction site.

According to the data almost half of the construction workers (48 per cent) surveyed suffered an injury at work. Almost a third (30 per cent) reported they had been to hospital due to a work-related illness or injury. In fact, the average worker was involved in two accidents at work, one of which happened in the last 12 months.

The research found that 26 per cent of those surveyed had been injured due to manual handling large items without the correct equipment. A total of 19 per cent of injuries were caused by trips; 15 per cent by obstructions; 11 per cent due to working at heights; and nine per cent due to falling objects.

More than half (54 per cent) complained regularly to their bosses about the poor conditions on their site, while a further 27 per cent reported their foreman did nothing to fix the situation.

A spokesperson for Hayward Baker said: “Going to work could seriously damage the health of builders working on construction sites especially if their site manager fails to take working conditions and safety seriously enough.

“Our free to use injury compensation calculator gives builders easy access to information that can really help them decide if they have a valid claim against their employer.”

Almost a fifth of those surveyed (17 per cent) sought legal advice for an injury that happened onsite. An average of £17,600 was claimed as a result.

The research found the majority of accidents reported by the respondents were considered moderate or serious.

Severe accidents included dislocations (eight per cent) and loss of limb or body parts (four per cent).  A total of 26 per cent said the accident that occurred onsite was the fault of their employer, while only 22 per cent admitted the fault was their own. 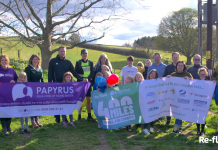 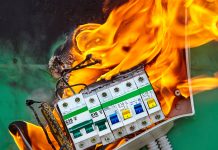 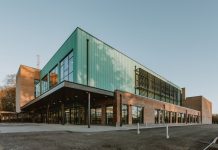