Building damage due to corrosion is an ever persistent issue, particularly in the UK with its high rainfall levels. The lack of, or incorrect application of anti-corrosion methods, can cause a host of problems for buildings throughout their lifecycle. Failure to consider corrosion at the planning stage results in the need for repairs, the retrofitting of protection and ultimately reduces the lifespan of a building.

The Corrosion Prevention Association is aiming to tackle this problem by raising awareness of the need for sound anti-corrosion measures in the building design phase. The association believes the connection of knowledge between students and employers is key to bringing the most modern practices for corrosion prevention into action.

The project was headed by a series of lectures earlier in the year, covering all aspects of corrosion protection such as the science and mechanics of corrosion, how to prevent corrosion damage to concrete, how to diagnose problems and what suitable repair methods are available. This programme follows similar initiatives from industry bodies to raise the standard of working knowledge in the industry.

In addition to the programme the students have been invited to a ‘hands on’ workshop hosted by the Structural Concrete Alliance to give some context to the theory learned in class.

The project is set to culminate in a team investigation into a real world example supplied by another supporter of the event, Coventry City Council. A £1,000 reward will be given to the team who formulate the best plan to find and correct the corrosion problems in the case study. Experts from the Corrosion Prevention Association will judge the submissions on success criteria taking into account a host of variables such as health and safety, cost effectiveness and carbon footprint.

A greener future for the post Covid-19 office space 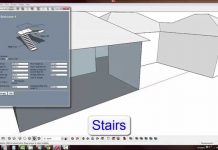