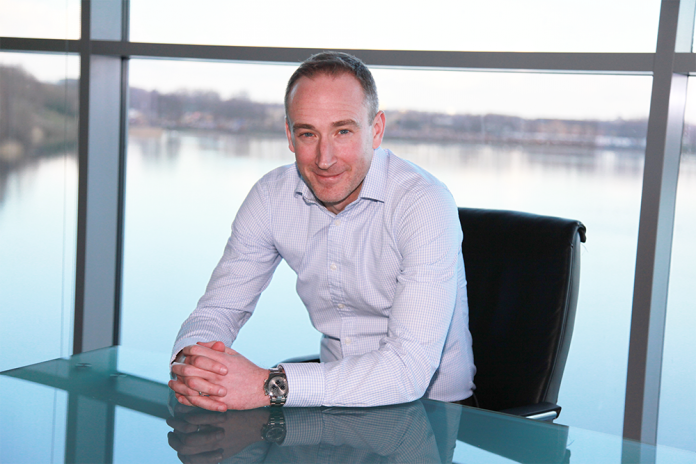 Tim Beale joined Keepmoat Homes in 2017 has been promoted to the role of CEO for the group having previously served as chief operating officer and deputy chief executive since February 2018.

Tim Beale succeeds James Thomson, who has stepped down as chief executive following seven years in the role with the business but remains on the board as a non-executive director.

James Thomson said: “After seven years with the Keepmoat Homes I have taken the decision to step down as chief executive. I will remain involved with the business on the board as a non-executive director and am delighted that Tim will be stepping up as the chief executive officer.

“I am fully confident that under Tim’s leadership the business will continue to go from strength to strength.”

Commenting on his promotion Tim Beale added: “I’m pleased to be taking over the role of chief executive officer at Keepmoat Homes and thank James and the Board Members for this opportunity. Over the last 12 months I’ve worked closely with James and the wider management team to ensure we are consistently delivering quality new homes in the places where people need them.

“Over the next year we are focusing on our operations and plan to deliver over 4,000 new homes utilising both traditional and modular construction to help meet the country’s housing needs. We will also start on site on a number of transformational projects such as Sighthill in Glasgow, Ebbsfleet in Kent and the Waterside in Leicester. These developments are long term commitments to the regeneration of key UK cities and towns which embrace their heritage but build for their future – building communities and transforming lives.”

Alongside the promotion of Tim, Keepmoat has also appointed Tom Dwyer as group production director. Tom joins Dwyer Keepmoat having previously worked at Crest Nicholson for almost 14 years. Tom will sit on the executive board and oversee all aspects of the production process ensuring a positive customer experience and high quality across all the builder’s developments.