These relatively small improvements mean that a significant leap will be required to meet the net zero carbon target for all new housing in 2016, and all other buildings in 2019. However, the major benefit is that the focus is firmly fixed on the best way to optimise building envelope performance.

It therefore makes absolute sense for the starting point to lie within the inherent performance of the building’s fabric elements, which will last for 60 years or more, rather than relying on expensive technology that could break down or need replacing after less than a decade with no obligation to be replaced or repaired.

This piece provides an overview of the main points.  For more detailed information visit: www.kingspaninsulation.co.uk/buildingregulations

The other big change is that this time round there is a new 2013 Notional Building Specification. This specification defines the TFEE and the TER directly, rather than in the 2010 ADL1A where the notional building defined a target that was then reduced by a further factor to show progression over the previous ADL.

The huge potential benefit of the 2013 Notional Building Specification is that, following it to the letter would result in a design that complies with the new standards….a simple route to compliance for smaller developers.  However, the Notional Building Specification includes an airtightness level of 5m3/hr/m2 @ 50Pa, which could be extremely challenging for a conventional masonry construction to achieve.

In developments where not every individual house is going to be tested, those that are tested must achieve 3 m3/hr/m2@50Pa if 5 m3/hr/m2@50Pa is be used for the rest of the development. This is no doubt even tougher to achieve, and also has the knock on effect of bringing the designed airtightness down below the level at which mechanical ventilation must be introduced for the tested houses, thus adding more cost.

The next major issue lies with the fact that there is as yet no book of accredited details to provide psi values that are written in to the 2013 Notional Building Specification, so every detail will need to have a bespoke calculated psi value.  Alternatively, a simpler route would be to use 2010 Accredited Construction Details, but these will not yield the psi values assumed in the 2013 Notional Building Specification.

Given all of the above, the best and simplest way to beat the TFEE and TER for a home will be to design to an air permeability of 7m3/hr/m2@50Pa and to continue to use 2010 ACDs, whilst specifying opaque fabric U-values that are 0.02 better than in the 2013 Notional Building Specification.

The ADL2A 2013 notional building specification has been strengthened to deliver 9% CO2 savings across the new non-domestic building mix relative to ADL2A 2010.  This has been done primarily through increased air-tightness and improved system efficiencies, and the primary focus should still be on ensuring that the building fabric is sufficiently airtight and intrinsically thermally efficient before other energy reduction / generation measures are considered.

Although the fabric targets for the differing building types in the notional building specification remain unchanged, analysis is showing that, for buildings that are not heavily air–conditioned, the U–values in Table 1 are at or around the best starting point for specifiers to work from to succeed in getting the design to comply with ADL2A.  The gap between what these U–values provide and the target emissions rate can then be made up by any of other the other variables in iSBEM or other approved software. Another important change to be aware of is the fact that evidence must now be provided to show that the building design meets the targets, and that the building itself meets or exceeds the designed performance. An EPC by itself does not demonstrate compliance and must be accompanied by documentation to show that the dwelling meets the required targets, along with information about how this was achieved.  Design stage submissions are needed 1 day before work starts and evidence of as built compliance is needed within 5 days of the work ending.

The renovation of a thermal element could include the provision of a new layer, such as external cladding or rendering, or internal dry-lining.  Alternatively, it could relate to the replacement of an existing layer, such as replacing the water proof membrane on a flat roof.

Where a thermal element is renovated, the performance of the whole element should be improved to meet or exceed the target U–value set out in Table 2, provided the area to be renovated is greater than 50% of the surface of the individual element or 25% of the total building envelope.

As before, if it is not technically or functionally feasible to achieve the target U–values set out in Table 2, or to achieve a simple payback of 15 years or less, the element should be upgraded to the best standard that falls within these parameters. Generally, this should not be worse than the threshold U-value.

It should be noted that guidance issued by the LABC makes it clear that the target U-values should not be derogated if they can be achieved by using a higher performance, but possibly more expensive insulation material, provided the 15 year payback is still met.

Reasonable provision should be made to reduce air-leakage through newly constructed thermal elements and to avoid thermal bridges. ADL2B 2013 also has a requirement for improvements to building services over and above those of the 2010 standards. 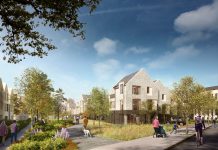 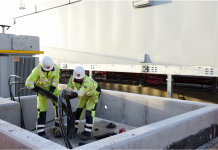