Military operations need to be both meticulously planned and precisely structured, all whilst keeping the enemy in the dark. 6 June 1945 marks the 75th anniversary of the allied landings in Normandy – Operation Overlord. Operation Deadstick, the airborne component of Overlord, included Operation Tonga, the airborne operation that saw troops dropping in by parachute or glider from shortly after midnight on D Day, in order to capture two bridges later named after the Horsa gliders and the Pegasus, flying horse, badge worn by the British airborne forces.

In the run up to D Day specialist maps of the landing beaches were prepared at a large scale of 1:5000 to show natural hazards to cross-beach vehicle mobility. Small scale maps at 1:1,000,000 scale showed where the ground was suitable for airfield construction while larger scale maps were used to select the numerous individual temporary airfields needed to get men and materiel in to France once the amphibious phase was over.

Hydrogeological overlays on topographical maps helped guide the construction of new wells. These and related maps were printed in small numbers amid great secrecy and few copies appear to have survived the war. The most extensive collection known, preserved in the Lapworth Museum of Geology, University of Birmingham, is part of the personal archive of Major (later Professor) F. W. Shotton.

Shotton drew on several sources of information in compiling his specialist maps.  He brought together topographical maps, geology maps, information from soil samples collected from the Normandy beaches by troops sent ashore for that purpose, he was flown over those self-same beaches and he applied his knowledge of equivalent areas, acquired during peace-time fieldwork, to provide reliable but simple to interpret maps for decision makers.

As a previous From the Shovel Face blog reflected upon, the UK Ministry of Defence is selling land it has held since or even before the Second World War but is now surplus to its requirements.  The sustainable development of such land needs a reliable understanding of the geology and land use history to ensure natural and manmade contamination is adequately identified, investigated, risk assessed and where necessary remediated to ensure the occupants of new housing will be safe.

Many such developments may have road names inspired by the former military use of the land – a long lasting reminder of the sacrifices of so many in the past.

So whether you live on Normandy Road, Gold Close, Omaha Close, one of several Pegasus Closes or not, spare a moment on 6th June for those who, 75 years ago, gave their tomorrows so we can have our todays. 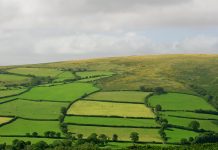 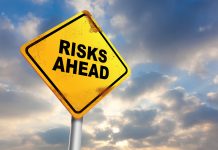 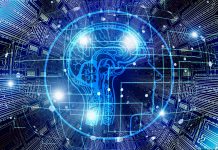 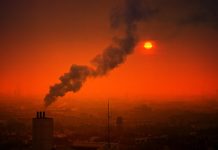 Thoughts from the shovel face: Less “Swords to ploughshares”, more barracks to homes

Thoughts from the shovel face: Sustainable transport and new residential development; are we getting there?