The £250m Defence College of Logistics, Policing and Administration (DCPLA), located at Worthy Down, Hampshire, will span 1,000,000 sq ft.

The scheme, known as Project Wellesley, was designed by architects HLM, who are working in partnership with Skanska.

Lead designer for the project and HLM’s chairman Chris Liddle said: “The new world class DCPLA will create a total living, working and learning environment, with a clear sense of place, military ethos and belonging that brings the very best training foundation to the future of our armed forces.”

As well as the construction of the new college, the project will also see the redevelopment of the Princess Royal Barracks, in Deepcut, Surrey.

The new college will bring together training facilities at the Defence Maritime Logistics School, which is currently based at HMS Raleigh, Cornwall, and the RAF Supply and Movements Training Wing, based at RAF Halton near Aylesbury. These will instead be relocated to Worthy Down.

Nick Nichols from the Defence Infrastructure Organisation (DIO) said: “We are pleased to be working with HLM and Skanska to deliver this new facility which will enable MOD to train personnel more effectively and efficiently so that they can provide the best possible support for military operations.”

The campus has been designed to form part of a series of villages for different personnel such as junior ranks, senior non-commissioned officers, and officers. The project will be delivered in phases to enable the site to remain in use during the construction. It has also been designed to allow for future expansion. 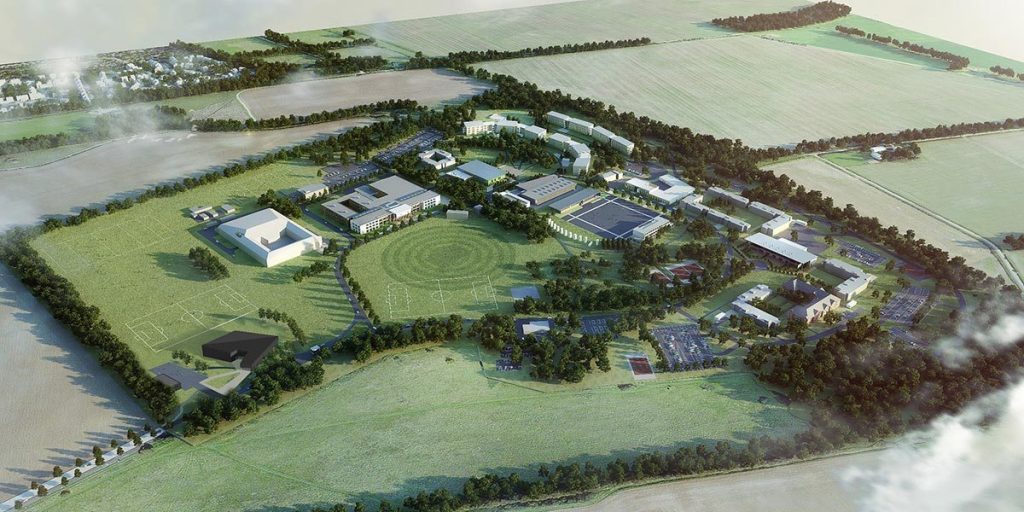