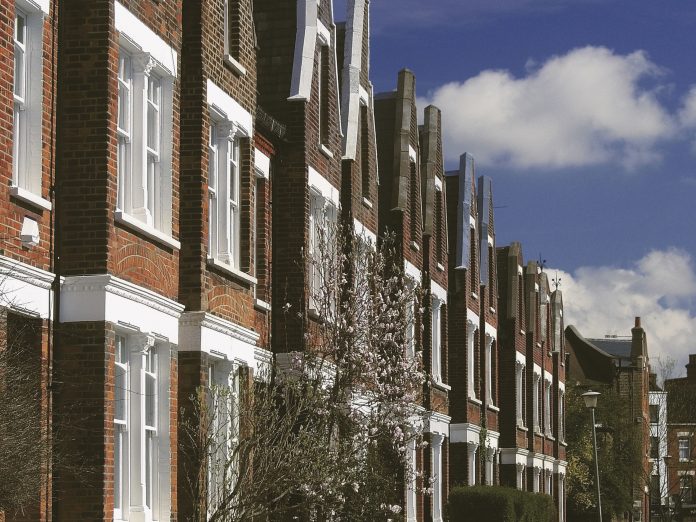 As the 2010s draw to a close, the overall supply of new affordable housing hasn’t improved at all across the capital this decade, Southern Grove reveals

The building of affordable housing in London has collapsed by as much as 62% in some boroughs this decade. The City of London saw the steepest fall in new affordable homes of any London local authority, recording a 64.1% drop.

Hammersmith & Fulham and Redbridge were the worst performing boroughs, with the number of new affordable homes created between 2010/11 and 2018/19 falling 61.6% on a like-for-like basis.

Six London local authorities, including the City of London, have seen affordable homes fall by more than a third when compared with the noughties.

Affordable housing has fallen by 1.2% on a like for like basis, according to the latest government figures released by the Ministry for Housing, Communities and Local Government (MHCLG).

Consistency remains a huge problem for London, with a third of areas failing to maintain the same rate of building last year that they had achieved in the previous 12 months.

Analysis of the latest figures shows that last year Merton was the only authority where the supply of new affordable homes fell by more than 50% in 12 months. The borough created 60.8% fewer affordable homes in 2018/19 year on year while in Enfield, the fall was 46.3% and in Haringey the decline was 42.3%.

According to the London Assembly, there have never been enough affordable homes built in the capital. It estimates that 43,000 new affordable homes are needed each year up to 2041 to meet the demand. 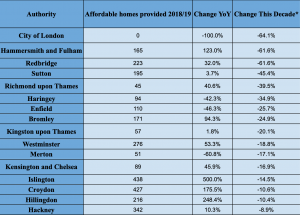 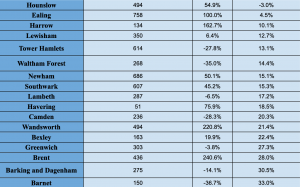 “There is the political will to build more affordable homes but, as these figures show, this is still not translating into enough completed properties for people to live in.

“In London, the only way to generate the affordable housing stock required is to build higher. This can still truly involve excellent design at key locations over the capital’s transport nodes, but planners need to meet developers halfway to ensure there can be some real action.”