Home Planning & Construction News Brownfield development vs. green belt: what are the pros and cons? 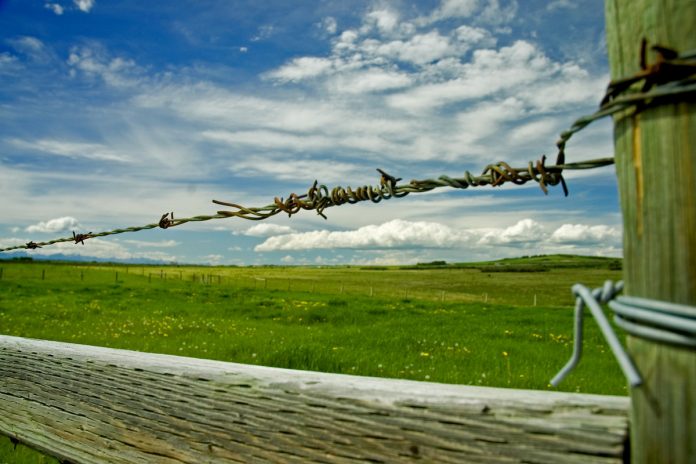 Should building on green belt be so contentious or is brownfield development the key to constructing more homes? Place-Make’s David Edwards provides insight

The perception of the UK as a ‘green and pleasant land’ is ingrained in our national identity. Whether we spend the weekends fishing, rambling, camping, picnicking, cycling or leisurely driving, the British countryside has formed how we live and who we are.

Introduced through the Town and Country Planning Act of 1947, green belts were intended to protect the countryside through controlling the post-war urban sprawl of towns and cities. For those living in larger cities, green belt land is the first encounter with the countryside – the beginning of wider horizons, fresher air and taller, greener trees. For rural towns and villages that are located within the green belt, it defines settlement boundaries and fosters identity.

Presently, green belt land represents up to 13% of the total area in England, 16% in Northern Ireland and 2% in Scotland. For many physical, social, environmental and often emotive reasons, any threat to green belt land is met with robust defence. To cater for a growing population, however, there is an urgent need for new housing that is close to existing urban centres, thereby challenging the status of green belt land and policy.

According to the government’s recent Housing White Paper (‘Fixing our broken housing market’, Feb. 2017), the current housing ‘crisis’ has been festering for decades. The overall number of new homes built each year has gradually reduced since 1955 (Daily Mirror, 24.04.2015). While in 2010, house building was at the same level as in 1923 (Daily Telegraph, 17/02/2011), despite a 68% increase in population over the same period.

To ‘fix’ the housing market, the government estimates that between 225,000 and 275,000 or more new homes are needed each year. Although significantly less than the earlier target of one million new homes by 2020, this still represents a 50% increase in current house building levels (DCLG completions, 2016). To go some way in achieving this, the DCLG’s garden towns, cities and village initiative is the most ambitious new settlement programme since the first wave of post-war new towns under the New Towns Act of 1946.

While there are many reasons for the consistent reduction in new build dwellings since the 1950s, the correlation between this and the implementation of green belt policy cannot be overlooked.

If we are to deliver +275,000 homes every year, we have the following scenarios to consider;

Without wanting to broker a discussion about ‘1’ and ‘2’ and acknowledging that any densification of existing accommodation could have a resultant impact on quality, this leaves green belt land and brownfield sites as the most viable options. An overview of the pros/cons of each of these are noted below.

The National Planning Policy Framework (NPPF) defines previously developed land (PDL, or brownfield land) as; ‘Land which is or was occupied by a permanent structure, including the curtilage of the developed land (although it should not be assumed that the whole of the curtilage should be developed) and any associated fixed surface infrastructure’.

It is estimated that 90% of the population in England is currently living in towns and cities – potentially increasing to 92% by 2030. The general understanding is that to achieve sustainable growth, new homes should be located close to transport links, jobs and a broad mix of supporting activities. Within this, bolstering existing urban centres is clearly the starting point when planning for expansion.

In 2009, the Home and Communities Agency (HCA) estimated that almost 62,000 hectares (620 km2) of brownfield/ PDL land exists in England – as a scale of magnitude, this is broadly the same size as metropolitan Manchester and eight times larger than Leicester. Of this, 54% was derelict or vacant, while the remainder is in use but with potential for redevelopment. In November 2016, the Campaign to Protect Rural England (CPRE) asserted that existing brownfield sites in England could deliver between 1.1 and 1.4 million new homes. While this figure has been questioned by the government, if viable, it would accommodate the White Paper’s target for the next five years.

The attributes of developing brownfield and PDL sites include;

a.            Promotes walking and cycling (improved health and well-being) and encourages the use of public transport (less traffic);

2.            Enhancing the overall quality of the built environment – with the impact of reducing crime through more active frontages and passive surveillance;

4.            Conserves rural and agricultural land and the consequential environmental, ecological and economic benefits of this;

5.            Encourages greater efficiency and innovation in design through responding to often challenging sites;

7.            Potential to accommodate greater density/ capacity in an urban context;

2.            Potentially physically constrained sites involve a greater commitment to design and detail (though not necessarily a disadvantage);

3.            Initially unattractive housing locations on former commercial or industrial sites that may be neglected and isolated;

5.            Reduced returns for developers if constructing a limited number of units per site;

6.            At a city/ regional scale, the regeneration of strategic sites for housing may result in the decentralisation of employment generating activities.

For developers, the most significant constraint of brownfield land may be the additional cost of site preparation that would not generally apply to a virgin site. While, if viewed holistically, the out-moving of employment generating activities could lead to problems in other areas without necessarily conserving greenfield land.

Principally, however, brownfield regeneration offers the significant potential to improve the overall quality of the built environment while at the same time, conserving the countryside.

The government remains committed to the purpose of the green belt and as such, to the protection, conservation and enhancement of green belt land – except in very exceptional circumstances that can be clearly demonstrated by a local authority.

According to the CPRE, “Green belts are a cherished asset… they’re also extremely valuable for food production, flood prevention, climate change mitigation and much more”. In their 2010 report (‘Green Belts: A Greener Future’) with Natural England, the combined call is for greater ambition to enhance green belt land for future generations.

Alternately, 2011 research by the OECD (Organisation for Economic Co-operation and Development) suggests, “Green belts constitute a major obstacle to development around cities, where housing is often needed. Replacing green belts by land–use restrictions that better reflect environmental designations would free up land for housing while preserving the environment”. This message was echoed by the Institute of Directors who, in 2011 concluded; “Greater land release could also lead to lower land and house prices and greater affordability”.

For the Adam Smith Institute (ASI), the notion of the green belt as ‘green and pleasant land’ is misplaced. They said “only 26% of London’s green belt consists of environmentally protected land, parks, and public access land” and generally, “much green belt land is farmland, with monoculture fields by no means friendly to wildlife or accessible to people”. Opening up to a review of current policy, the ASI suggests that green belts comprise of three types of land, which should be treated as follows;

2.            ‘Brown’ or damaged land, including abandoned mines and quarries and former industrial buildings – this should be made available for building;

Another suggestion by the London School of Economics (LSE) and the ASI involves concentrating new development within a ten-minute walking distance of train stations that are located within the green belt, which it is claimed would deliver almost 1 million new homes.

The feasibility of such proposals have been reviewed at length by academics, think tanks and professional institutes, however, the point is that potentially, there is a middle ground to the blanket conservation of green belts and sole reliance on urban brownfield sites, which should be explored. Indeed, some flexibility is applied through Paragraph 89 of the NPPF to allow limited infilling in villages (if adhering to the Local Plan) and the partial or complete redevelopment of brownfield sites within the green belt (as long as this doesn’t mitigate the openness of the green belt).

Equally, the White Paper points to a bottom-up approach of “making more land available for homes in the right places”. In effect, sensitive development may be permitted where exceptional circumstances can be demonstrated, and the conditions of the site and its context would support this.

In summary, the merits of developing within the green belt include:

1.            Not all of the green belt is ‘green’ and strategically located sites may provide mixed-tenure housing and supporting activities for local communities that have limited potential to grow within their existing settlement boundaries;

2.            Permitting development on less environmentally sensitive sites may allow other sites of greater ecological value to be incorporated into the green belt and conserved;

3.            Virgin sites that may require less preparation and are often more regularly formed than brownfield sites are more attractive to developers and house builders of varying scales of operation;

4.            Greater opportunities for those that may not want to live in an urban environment;

5.            A marginal densification and a greater mix of activities in rural communities may assist in slowing the trend towards 92% of the UK population living in cities by 2030;

Conversely, disadvantages of developing green belt land would be:

1.            The irreversible loss of open countryside and the negative environmental, social and ecological impact of this;

2.            Development may be isolated from existing physical and social infrastructure;

3.            Greater demands on rural roads and utility networks, which may already be operating at capacity;

Overall, it is difficult to justify the irreversible loss of open countryside and while many of us that are associated with the construction industry are by nature, ‘pro-development’, few would fail to acknowledge the need to preserve areas of natural beauty for future generations. Equally, under specific circumstances such as sustaining a rural community, allowing a town or city to meet the needs of its residents, preserving areas that may be of greater ecological value or even slowing a potentially irreversible trend of becoming a nation of city dwellers in the future, it is also difficult to advocate against development if the conditions of site and context would support this.

Of the two most viable opportunities for accommodating new homes, maximising the opportunity of brownfield sites should remain the priority for various social, physical, economic and environmental reasons. However, there would also appear to be a valid rationale for releasing strategically located green belt land – ultimately, while developing green belt land is irreversible, not all of this may be the open countryside we imagine.

In 2016, a House of Commons Briefing Paper was prepared to provide a balanced summary of both sides of the green belt argument. Following on from this, a thorough and independent policy review would appear to be the next logical step, beginning with appraising the current viability and capacity of brownfield sites and from this, identifying the extent and location of additional sites required to meet long-term demand.

While the housing market is certainly more complex than simply balancing supply and demand, understanding the numbers would at least appear to be the basis for setting out a viable and sustainable strategy for growth at both the local and the national level.