When damage is done through party wall building activities, the Party Wall Act can sometimes not cover the issue. Sara Burr, Chair of The Pyramus and Thisbe Club explains.

Surveyors only need to get involved in a disagreement by agreeing the extent of damage and remedial repairs and who is going to pay for what, if owners cannot agree it between them. Adjoining owners don’t have to agree to have the building owner’s contractor have put right the damage – they can agree compensation in lieu of making good. Ultimately, whilst it is the contractor that has caused the damage, it is ultimately the building owner or insurers that have to pick up the bill. Unless a retention is held and the contractor can be brought to task.

Damage as a result of building work next door is not always covered under the Act, much to the dismay of adjoining owners.

Vibration, roof leaks causing damp, removal of plaster, debris falling off a scaffold to name but a few can cause damage but may not be the result of notifiable works. If it’s not, then the building owner has no obligation to put the damage right and the adjoining owner is then looking at an insurance claim. Unfortunately in many situations the adjoining owner doesn’t want to have to claim on their insurance because the building owner’s contractor has been careless. Owners need to remember that when the contractor has left, life resumes with them being neighbours.

Cutting up a concrete slab using a cango can be fine, as long as it’s not connected to the party wall. Diamond cutting the connection first might increase the cost but it significantly reduces the likelihood of damage. The work itself will be notifiable if it is connected to the party wall and so there is no right under the Act to cause damage. If it’s not connected and no work is notifiable under the Act then the adjoining owners would have to claim on their insurance and then insurance companies will battle it out.

This depends on the type of plaster and how it is intended to be removed. Some old plaster can be brittle, very thick, and contain horse hair. Under normal circumstances that wouldn’t be a problem to remove and normally wouldn’t be notifiable, although there are conflicting court cases on that. Any damage would depend on the tools the contractor is going to use and the likelihood that they could cause damage.

The notifiable works relating to these are normally cutting into the party wall for padstones to support steel beams and cutting in for flashings with the front slope staying intact. So what happens if the contractor strips the roof, leaving the felt and battens so the party wall isn’t exposed? It isn’t notifiable, but he causes damage when the gutter is off and water ingress affects the adjoining owner’s property and a damp problem arises. Or the contractor puts up scaffolding to form the dormer at that rear and debris falls off and damages the adjoining owner’s roof. Neither were caused by notifiable works so if the building owner decides he is not going to put right the damage then it’s a common law claim for damages via insurers. ■

Chair of London Committee and Vice-Chair of National Committee

The Pyramus and Thisbe Club 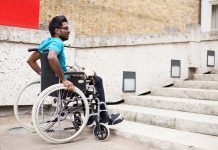 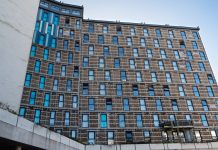 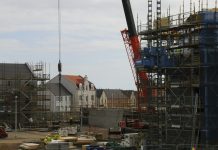