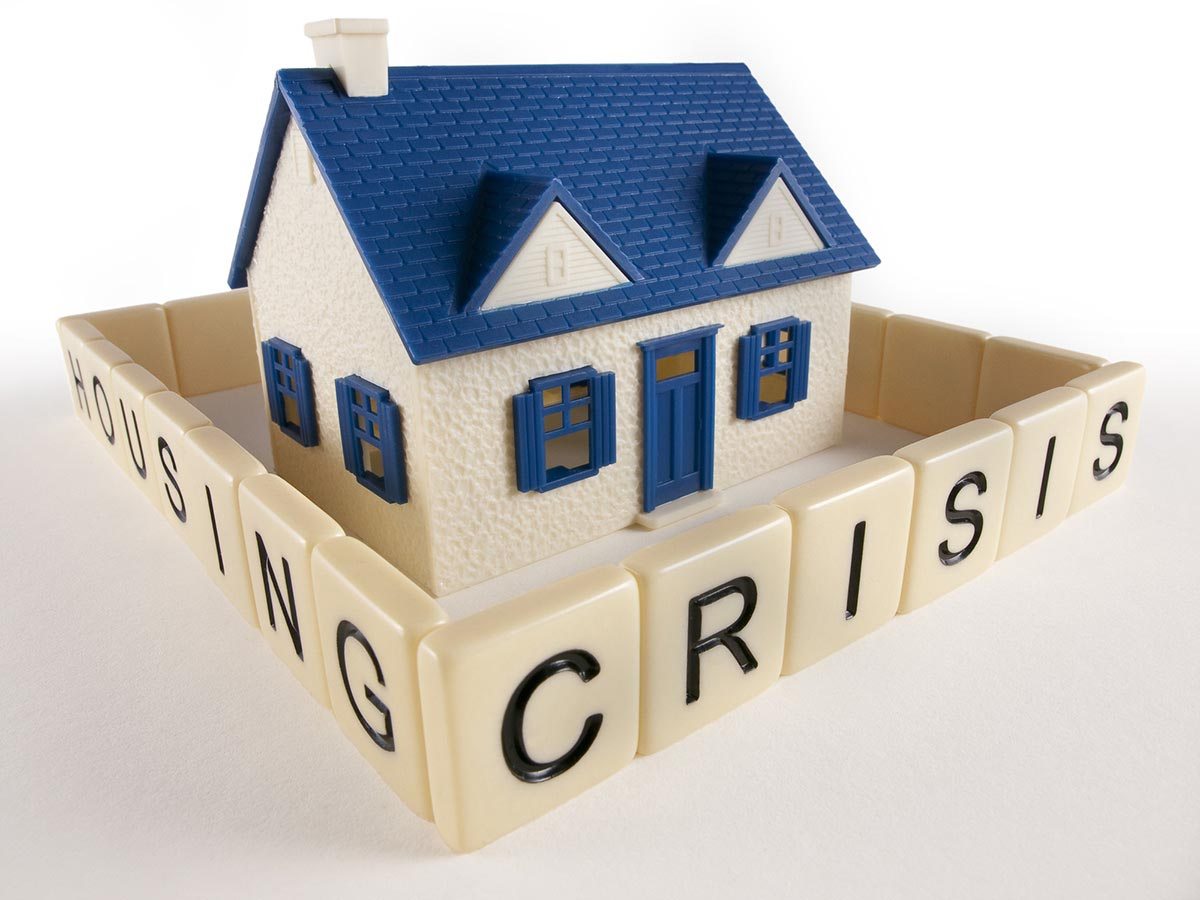 Home Planning & Construction News The Disintegration of the Housing Debate

In addressing the urgent need for more housing, Professor of Environment and Spatial Planning, Alister Scott believes that key participants in the housing question need to embrace the economic, social and environmental drivers of development in a more joined-up discussion.

As we move inexorably towards the general election in 2015, the issue of housing policy and delivery will become increasingly important in political debates. Current estimates of future housing need reveal an annual need for some 265,000 additional dwellings but, due to significant past undersupply, this figure may well need to rise to 300,000 (RTPI, 2014). Invariably, building houses on this scale will invoke negative political and public response. But how and where should these homes be built?

In my view, there are no ‘magic bullet’ solutions as the housing question is complex demanding much more cross-sector thinking; but this type of approach is something conspicuously absent in contemporary policy and decision-making processes. Unfortunately, this is also a view that does not sit well with the media, politicians or the public.

Arguably, we have reached this impasse because the ‘wrong’ question is being asked. Leaving aside the intractable issue of how ‘need’ is measured, the question should not be how many houses do we need to build; rather it should be: what kind of future places do we want to create? But this fundamental societal question is increasingly overlooked as the housing debate becomes increasingly disintegrated. New development is viewed in isolated pieces without reference to its place in the overall built and natural environment jigsaw. The fetish for housing numbers alone pays little reference to the infrastructure, community, economic and environmental services needed to support them. This is symptomatic of a wider agency and sectoral myopia.

Potential solutions of new garden cities such as Ebbsfleet and Bicester have been heavily promoted by parts of the government. Yet the government is also providing renewed policy support for protecting green belt from new housing incursions; such political posturing and potential contradictions generates significant scope for land-use conflict and uncertainty.

This is exacerbated by the vacuum in strategic planning and where some 70% of local authorities are yet to make their local plans fully NPPF compliant (Source: PINS December 2014). Increasingly, questions are being asked about the competency of the Duty to Cooperate in resolving unmet housing demand, together with other fundamental components of the housing question such as speeding up the development pipeline, overcoming landbanking by developers, identifying viable delivery mechanisms, and delivering affordability and social and environmental justice through new schemes such as help to buy.

So I want to explore a different way to frame and manage the housing opportunity/problem. In doing this, however, the key participants in the housing question need to go beyond the current Duty to Cooperate models; moving out of established sector-based comfort zones and embracing the economic, social and environmental drivers of development in a more joined-up discussion.

First, there needs to be a more holistic approach to objective assessments of housing need. At present, too many assessments are made by the local authority in isolation resulting in challenges at examination. Unfortunately, the guidance and metrics for housing need assessments are beset by statistical anomalies and dubious econometrics, making any derived figure disputable. A collaborative approach such as that pursued by the joint housing study of the Birmingham and Black Country LEPS provides a useful model forward under the auspices of the Duty to Cooperate. However, there is a powerful case for making such models more transparent and understandable and also linking them to transport, employment, waste and climate projections.

Secondly, there needs to be strategic consideration and assessment of different growth models, set within the opportunities and constraints of housing market areas, not just within single local authorities which do not represent functional geographies. Despite claims to the contrary, there is no way that solutions based on garden city ideas alone can address the housing requirement nor, equally, that brownfield sites alone can meet the projected housing need. So we need to bundle several options together within housing market areas that deliver multiple economic, social and environmental benefits. Here a potential option mix might include new towns, urban extensions, urban densification, public transport extensions and dispersed development for example.

Thirdly, we need to move away from any one-size-fits all approaches that restrict such options. In particular, the green belt has moved past its ‘use by’ date. I have argued elsewhere that we need to sensitively rethink the value of the green belt in order to maximise its environmental and social benefits, but only as part of a wider discussion of placemaking. Such green components form a vital link in development considerations: not as bolt-ons, but rather as core infrastructure to help promote liveability and growth.

Fourthly, we urgently need to consider how housing and employment developments are to be financed and delivered. All too often, the debate revolves around the perceived problem of securing planning permission, but this is only one part of the overall development pipeline. Significantly, the development of 10,000 homes at Northstowe is being delivering by the Homes and Communities Agency as landowner on former RAF land – hence a brownfield, and previously-developed site. In many ways this might provide an instructive way of overcoming some of the stagnation observed in the development pipeline. Significantly, the TCPA has provided some much-needed leadership on this issue within its New Town Act manifesto with the idea of a revitalised development corporation delivery vehicle.

Finally, we need to think about the quality of life for residents and users of the new places we create. All too often the social and environmental components are seen as luxury bolt-ons to new developments. Yet, in reality, they need to be integral components of the mix from the start. Issues of climate change and health demand that we rethink how our cities, towns and countryside are designed and planned to avoid costs and disruption further down the line; flooding, drought and extreme weather conditions demand more proactive responses. These are all issues that will greatly add to the sustainability and liveability of our settlements.

At the heart of the housing debate lies the need for a culture change from agency and sectoral insularity to more cooperative and collaborative ventures across the built and natural environment professions and the wider public to understand, view and assess better the housing picture within the wider economic, social and environmental settings in which it sits. This is far from some academic navel gazing exercise, but rather a new set of discussions that have been missing from the current debate, which is becoming increasingly sterile and polarised as the election draws near.

Professor of Environment and Spatial Planning