Green was in the post when the Carillion, which provided services for schools, hospitals and prisons, went into liquidation.

“My responsibility is full and complete – not necessarily culpability but no question about full responsibility,” he told the Work and Pensions Committee.

The committee has been questioning former directors about the company’s collapse.

Earlier, the company’s former finance director, Zafar Khan, denied being “asleep at the wheel” during his time in the role.

Khan was not working for the company when it collapsed, having been dismissed last September, but he said: “I believe I did everything that I could have done.

“As soon as I came into the role, we were looking to tackle the issues. The key focus of my time in the role was to bring net debt down.

“I was surprised at the outcome that eventually came to pass.”

In a turbulent committee session, Khan also said he “spooked the board” when he reviewed the company’s contracts.

However, former Carillion chief executive Keith Cochrane has told MPs that was not the reason for Khan’s dismissal.

Cochrane accepted that Khan’s findings were correct but told the committee: “Our concern was whether he was fully on top of all the cash flow arrangements and close to what was actually happening.”

He added that Khan’s dismissal happened at the same time as other senior management changes.

Cochrane, who only took charge last July, said he was “truly sorry” about the company’s collapse.

“It was the worst possible outcome. This was a business worth fighting for. That’s what I sought to do during my time as chief executive,” he said.

The previous chief executive Richard Howson ran the company for six years before stepping down after a profit warning.

Howson told the committee that towards the end of his time in charge, he “felt like a bailiff” trying to collect money.

He added: “The amount of energy and effort to make sure there is enough cash flow each month is extraordinary.”

Howson said he believed the company was well run, but had difficulties getting paid.

In particular, he noted that Carillion was owed £200m for work on a project in Qatar.

This month alone, more than 800 job losses have been announced and Cochrane said: “Do I wish we’d done something about it sooner? Absolutely.

“Clearly with the benefit of hindsight should the board have been asking further, more probing questions? Perhaps.”

‘Time is running out’ to avoid construction disputes 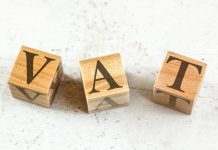 What is more precarious than a knife edge: The construction industry

How construction businesses can prepare for future risks 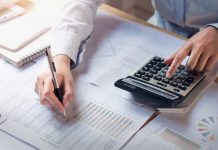