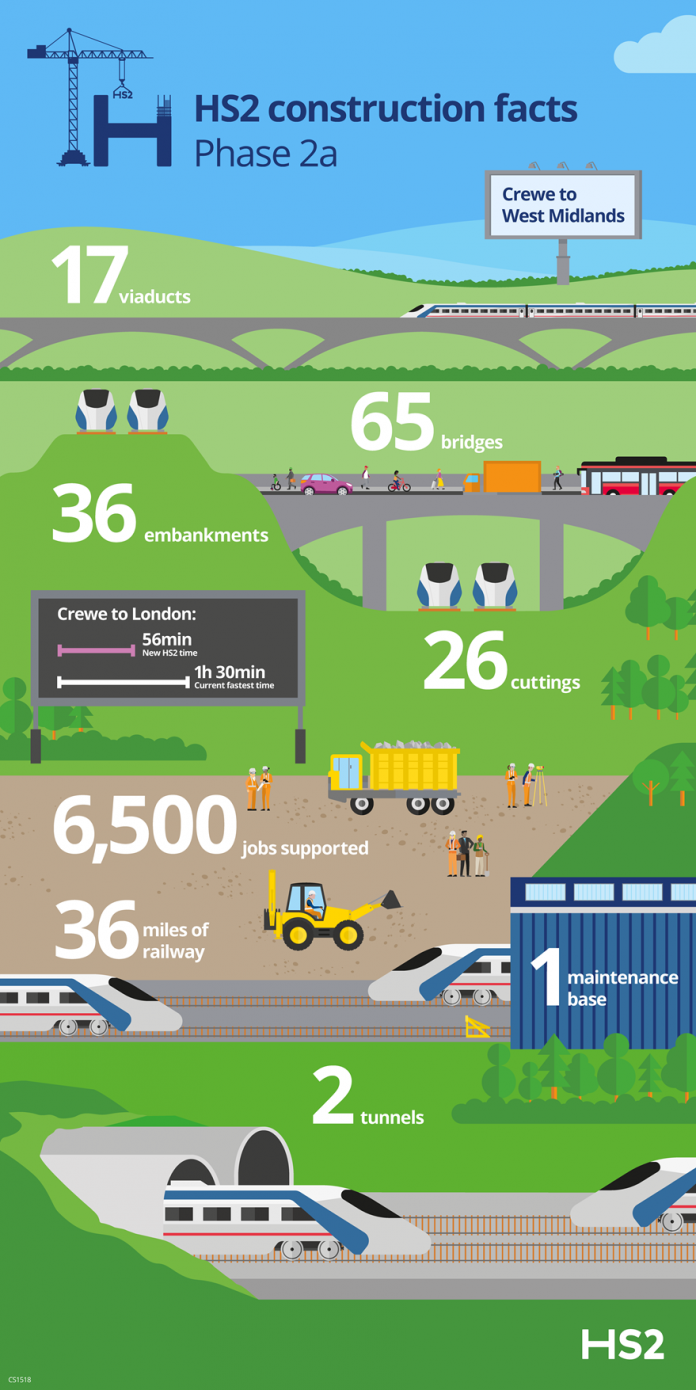 HS2 has invited six firms to tender for advanced civil works (ACW), a two-part enabling works contract for the phase 2a route from the West Midlands to Crewe

Given the similarity of scope for the north and south contracts, bidders must bid for both contracts but will not be able to win both packages for capacity and resilience reasons.

Activity will include land assembly; environmental mitigation; establishment of haul routes and site compounds and preparing the trace of the line – all of which will enable rapid mobilisation and the start of main civils works in Summer 2024.

The winning bidder for the DDP package will work with HS2 Ltd to lead the delivery of the 36-mile route, including managing and coordinating key contracts for delivering the railway’s detailed design and construction, which includes 17 viaducts, 65 bridges and track along the route extending from Phase One in the Midlands to the southern outskirts of Crewe.

Infrastructure that frees up capacity

“Extending the Phase 2a route to Crewe will support 6,500 construction jobs and deliver new infrastructure that frees up capacity on the West Coast railway and shortens journey times together with an improved passenger experience.”