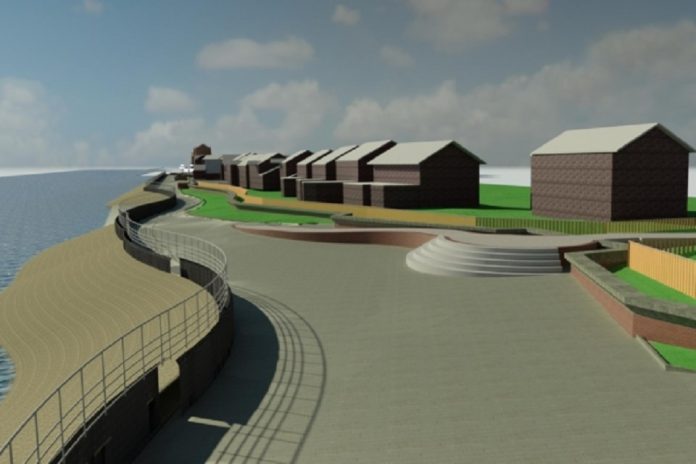 The £42m flood alleviation scheme, approved by Hull’s planning committee earlier this month on the fifth anniversary of the tidal surge that caused devastation to the city, has now had final sign off from the Secretary of State for the Ministry of Housing, Communities and Local Government.

Led by the Environment Agency, the Humber Hull Frontage Improvement Scheme will upgrade tidal flood defences at eight locations along the estuary foreshore, including at St Andrew’s Quay and Victoria Dock Village.

The flood alleviation scheme will provide a 1 in 200 year standard of protection and will reduce the tidal risk for 113,000 homes and businesses. The scheme will include some areas of glass panels to maintain a view of the waterfront and recessed sections to display artistic works.

Public art and community involvement will also be integrated into the alleviation scheme, at areas including Victoria Dock Village and St Andrew’s Quay Retail park.

Thérèse Coffey, Floods Minister commented: “I am delighted that the owners of 113,000 homes and businesses in and around Hull will benefit from a fully government funded flood defence improvements which will help for many decades to come.”

Helen Tattersdale, Project Manager at the Environment Agency added: “We are delighted that the Humber Hull Frontages scheme has been given final approval and look forward to making progress on the ground early in the New Year.

“This £42m investment is great news for the city as it will allow us to better protect thousands of homes and businesses. We will continue to keep residents and businesses affected by our work informed about the scheme at every stage of its development.

“This £42m investment links to a further £16m investment in tidal flood defences either side of Hull at Paull and Hessle, which is being delivered by East Riding of Yorkshire Council.”