Home Planning & Construction News What lies ahead for planning and construction regulations after Brexit?

Planning and construction regulations are likely to be a low government priority when it negotiates the UK’s eventual Brexit. However, as this article argues, these topics deserve early scrutiny and action as outlined by Simon Randall, Consultant at Winckworth Sherwood LLP

Planning and construction related legislation is likely to be a low government priority when it negotiates the UK’s exit from the European Union. However, as this article argues, these topics deserve early scrutiny and action, so as to adopt some Anglo-Saxon principles of reduced regulation and red tape, which currently significantly increases both the cost to industry and the public purse, as well as handicapping the need to build more homes within the UK.

While land use planning remains largely a national matter, the influence of the European Union is significant, particularly in technical requirements relating to planning and development, such that some of the costliest EU-driven regulations in force in the UK cost many billions of pounds.

Whilst it is, at this stage, possible to predict the extent to which the existing regulations will apply to the UK, as this will largely depend upon the nature of our post-Brexit relationship, the UK could formulate their own attitude to a whole range of existing European directives which have been incorporated in our own regulations. These include the Environmental Impact Assessment Directive , the Habitats Directive, the Birds Directive, the Energy Performance of Buildings Directive and a whole range of other Directives dealing with health and safety and employment, including the controversial Working Time Directive.

Accordingly, depending upon the Brexit terms, the UK Government may need to review and amend their attitude to the impact of the relevant Regulations and effectively take back decisions on such matters.

Whilst it is likely that, following Brexit, some similar arrangements will continue within the UK, there is, for example, absolutely no doubt that the bird and habitat regulations involving such matters as the provision of alternative natural green space for particular species, which has the effect of both hindering essential housing development and considerably increasing its cost, may well be watered down. This, coupled with the increasingly expensive energy performance requirements for new buildings, may force the government to relax some of the Regulations so as to reduce both building costs for home buyers and housing associations alike.

So far as health and safety legislation is concerned, the introduction of the various directives into the UK has resulted in some absurd interpretations of the rules, restricting the sale of certain light bulbs, banning hanging baskets and cracking down on certain household appliances.

In addition to the unreasonable demands imposed by planning and building control, changes to the complex EU Procurement Regime introduced with the Public Contracts Regulations 2015 merit significant change which would, in particular, benefit building contractors working for the public sector and housing associations.

Last year the government inherited an over-complex EU procurement regime when it introduced the Public Contracts Regulations 2015. A study by the Centre for Economics and Business Research in 2014 found that procurement processes in the UK incur the highest combined costs to public sector bodies looking to attract bids, and private sector suppliers bidding to win contracts. Indeed they calculated that the process costs on average £45,200, with £8,000 of those costs borne by the public sector employer. This compared to an EU average cost of £23,900, making UK procurement processes 90 percent more expensive than the EU mean.

In the housing association sector, its trade body, the National Housing Federation, estimated in late 2011 that EU procurement costs were equivalent to 9,000 affordable homes per annum. Yet housing associations are only public bodies for procurement purposes due to a serious mistranslation from the original French Directive (2014/24/EU) into English. This Directive contains a number of essential criteria to identify public procurement bodies one of which was: “soit sa gestion est soumise à un contrôle de ces authorites [regionals ou locales] ou organismes [de droit public]”. This was translated into the English version of the Directive and incorporated in the UK Regulations as: “they are subject to the management supervision by those authorities or bodies”. The underlined word “contrôle”, which implies “control” by a state body, is incorrectly translated as “management supervision”. The key regulator for housing associations is the Homes & Communities Agency and “management supervision” by them (if there is any at all) is extremely light touch and undertaken by exception in the unlikely event of an association getting into governance or financial difficulties. Thus housing associations should be removed from the EU rules as they are essentially private sector entities competing, as they are, with house builders and private sector landlords with the unnecessary burdens of expensive regulation.

As an aside, the management supervision regime referred to above, reflects the role of the Charity Commission in its dealings with the 190,000 charities in its care. Adding them to the procurement regime would have a devastating effect on charity costs!

Thus, the EU-inspired regulations which hugely add to the UK building costs should be reviewed early by the government to reduce red tape and ease construction.

The UK, as the most Eurosceptic nation within Europe, must, on its departure from the European Union, devise its own planning, building, construction and procurement rules to more closely reflect the wishes and aspirations of our communities. A start could be made by exempting housing associations from the procurement burden now and making a healthy contribution towards the need to build more homes. 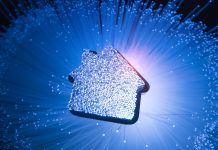 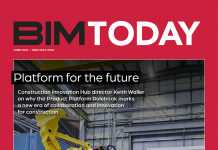 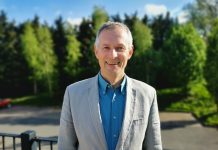