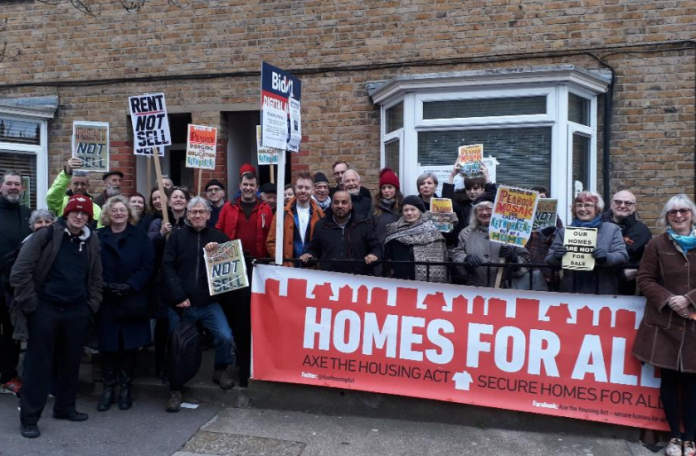 This social home will now be used for what it was always intended, an affordable home for a local family, says GMB London.

Following pressure from the local community, supported by GMB London Region, Peabody Housing Trust has withdrawn 17 Robinson Road off the market and will be making it available to be allocated to a homeless family off the Tower Hamlets waiting list.

GMB London Region has previously protested against the auctioning off of social housing to the highest bidders.

Vaughan West GMB London Political Officer said: “This perfectly adequate home should never have been listed for sale by auction in the first place. London has a massive housing crisis and we never expected a social housing provider such as Peabody to sell off properties such as this one.

“However, we are pleased that after pressure from the local community, Peabody have finally seen sense and agreed with Mayor Briggs of Tower Hamlets, that this home will now be used for what it was always intended, an affordable home for a local family.”