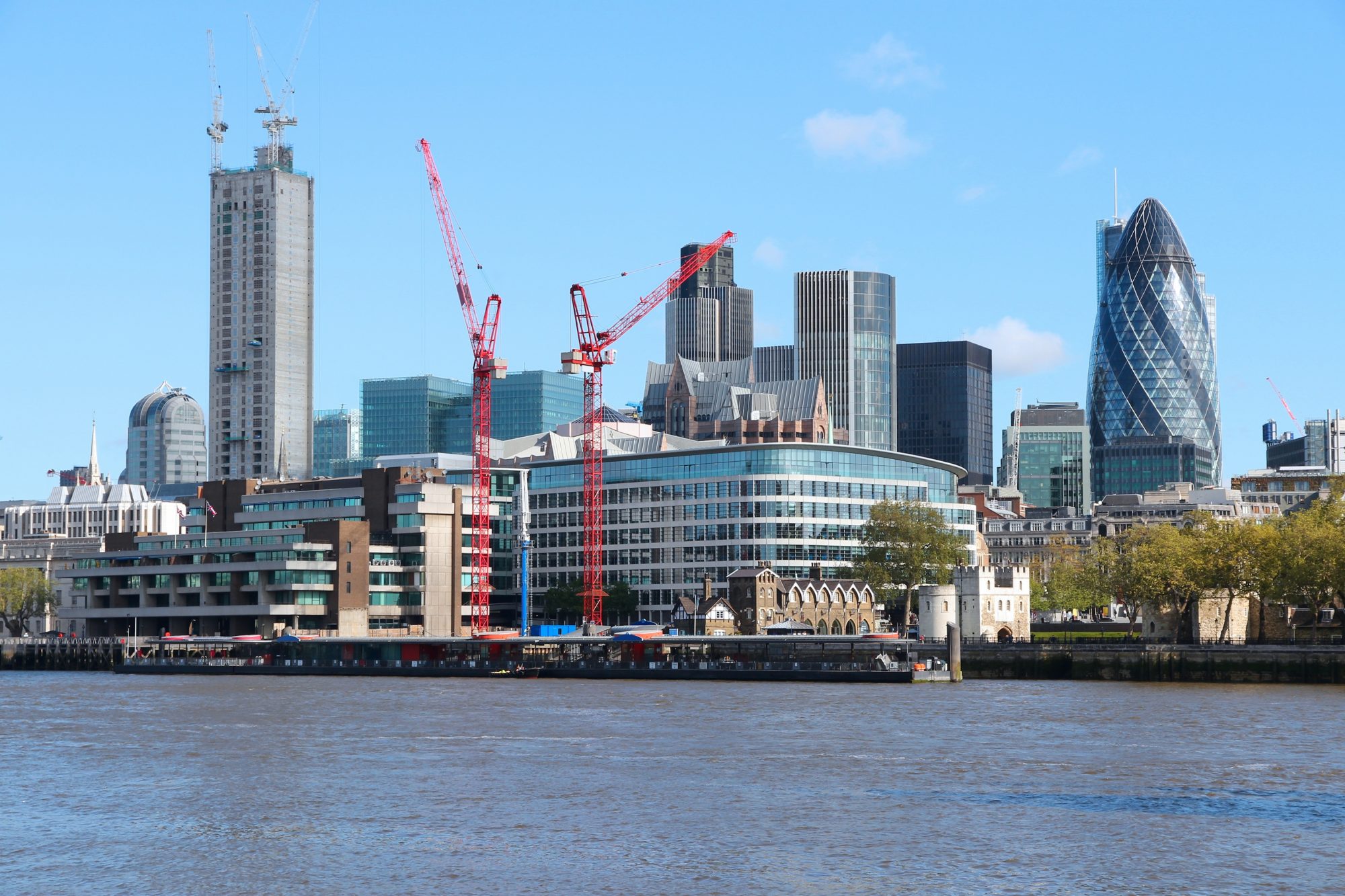 Proposals will see the Levelling Up and Regeneration Bill brought forward to drive local growth, empowering local leaders to regenerate their areas. Planning system reforms will give residents more involvement in local development.

The Energy Security Bill will deliver the transition to cheaper, cleaner, and more secure energy, building on the success of the COP26 Summit in Glasgow.

The Social Housing Regulation Bill will improve the regulation of social housing to strengthen the rights of tenants and ensure better quality, safer homes.

But how has the industry reacted?

According to Simon Cox, managing director at land agent, Walter Cooper, it is a missed opportunity from the government to introduce much-needed planning system reforms.

“Planning reforms have been left out of the Queen’s Speech. Once again this is a missed opportunity for the government and DLUHC to ‘actually level up’.

“Nobody likes a person or government who talks the talk but doesn’t walk the walk and I don’t see any walking from the government here.

“Doubling council tax for second homes, stronger CPO powers, forcing landlords to rent out commercial properties, this feels like a sledgehammer to crack a very small nut of those that abuse the situation for profit.

“What about the hard worker who has bought themselves a second property and is fuelling the local tourism economy? What about the small pension funds that want fair value for their commercial property? What about the homeowner who doesn’t want to sell their forever home for a new road to be built through it?

“Critical planning system reforms would solve many issues for the real estate sector and these need to be introduced at the earliest convenience if things are going to improve.”

“The Levelling Up and Regeneration Bill will be one of the flagship bills of the next Parliamentary session and, of all the bills announced in today’s Queen’s Speech, it promises to be one of the most controversial.

“It will require all of Michael Gove’s skills to steer it intact through Parliament and a significant amount of DLUHC’s bandwidth, perhaps explaining why we haven’t seen expected legislation on topics such as leasehold reform this time around.

“Spanning local government reform, a new local plan process and protection of rights to alfresco dining, the Bill will have something for everyone to get upset about. Whilst the levelling up elements of the legislation including the ‘County Deal’ devolution and the establishment of levelling up missions should proceed reasonably smoothly, some of the proposed planning system reforms could be far more challenging.

“In particular, the reform to environmental assessment will involve substantial changes to speed-up infrastructure delivery as promised by government in the Energy Security Plan. Reforms to Section 106, to create a locally-set non-negotiable levy could also prove tricky.

“Proposing greater local consultation on planning will always be popular with Conservative backbenchers, but there is a risk this could see housing growth thrown under the bus in order to appease local communities, just days after Gove admitted the housing crisis is costing his party votes.

“When considered together as a whole, these provisions risk losing the clarity of the levelling up mission that was such a vote winner for the Government in 2019. The next twelve months may end up highlighting just how impossible it is for the Conservatives to protect their base while delivering on levelling up promises.”

‘The Planning Bill is officially dead’

“The Planning Bill is officially dead. In its place we are promised a Levelling-Up and Regeneration Bill, which ‘refocuses’ the Government’s Planning Reform Agenda to support the Levelling-Up Agenda.

“We have also been promised a move away from mandatory housing targets based on need.

This ‘localism first’ agenda is going to be difficult to implement in a way which ensures that the Government meets its target of delivering 300,000 homes a year, which has still not been officially abandoned.

“We have also been promised reform to the planning obligations system, with a proposed ‘Infrastructure Levy’ replacing CIL and s.106 Agreements.

“However it is a plan that is fraught with risk. The proposal would put the responsibility for delivering infrastructure (including affordable housing) squarely on the shoulders of local councils, which are not geared up nor ready to become large scale infrastructure providers.

“If the Government is not careful, this move could also undermine a number of their more recent planning system reforms – such as the introduction of First Homes and Biodiversity Net Gain, both of which rely on s.106 Agreements as their primary delivery mechanism.”

‘Disappointment to the commitment of building new affordable homes’

The chief executive of Manningham Housing Association has expressed his disappointment that the building of many new affordable homes and a more robust commitment to levelling up were not included in the Queen’s Speech.

“With the cost of living crisis really beginning to bite, I had hoped that the Government would show more ambition by offering tangible support to those communities that will inevitably suffer most.

“The pledge to reform the planning system by giving residents more involvement seems designed to restrict house building rather than encourage it.

“I look forward to providing input to the legislation to improve the regulation of social housing.”

“I also welcome the prospect of measures to drive local regeneration but the people of Bradford and Keighley have repeatedly missed out when additional resources for regeneration projects are allocated.

“This includes transport with the Queen’s Speech containing promises to modernise rail services but, having recently missed out on Northern Powerhouse Rail and a new station in Bradford, hopes within the communities we serve will not be high.”

Responding to the Queen’s Speech, Stephen Marcos Jones, CEO of the Association for Consultancy and Engineering (ACE), said:

“We support the Levelling Up and Regeneration Bill and look forward to seeing the detail as it progresses through Parliament. As outlined in our recent report on levelling up, the imperative and opportunity can only be delivered if local government is empowered to do so. With this in mind, we are pleased to see proposals for local leaders and councils to be given the powers to revitalise town centres and deliver new housing and infrastructure.

“With the Planning Bill not included in this year’s Queen’s Speech, it feels as if we have missed the opportunity for more fundamental reform. However, we await to see changes to the planning process expected in the Levelling Up and Regeneration Bill to see whether modest shifts in approach can unlock opportunity.”

Following the Queen’s speech, Energy and Utilities Alliance (EUA), has declared the time has come for the Government to deliver on the many promises made by Ministers around the hydrogen economy.

“We welcome an Energy Bill designed to promote Carbon Capture and Storage and help deliver large scale hydrogen heating trials. This puts consumers at the heart of decarbonising homes in the UK, giving people the choice between the relevant technologies – heat pumps, heat networks and hydrogen gas boilers.

“The latter will involve no additional upfront costs to the consumer and minimal levels of disruption and creates a secure energy supply free from the blood-stained hands of President Putin.

“We need to hear details of the business model that will deliver UK domestic production of this zero-carbon wonder-fuel, and practical action to make sure every home that wants cheap, zero carbon gas for their boilers, cookers and fires gets it.

“We need to urgently shift away from fossil fuel gas to hydrogen, using the world-class gas networks already underground to supply our homes and businesses. Now is not the time to consider re-wiring Britain; ripping out boilers to be replaced with £10 grand a time heat pumps would be a folly when clean gas is just around the corner.

“Meanwhile, let’s also hear what the Government plan to do to keep bills down this winter. Massive investment in economically-viable energy efficiency schemes would be an entirely sensible step while the Energy Bill progresses through Parliament, creating the hydrogen future the Prime Minister and others have spoken about.”