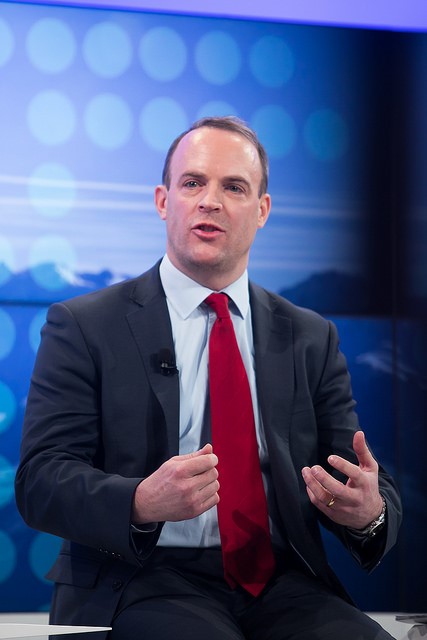 New Brexit secretary Raab is a prominent Breixteer and was a member of the Vote Leave campaign committee ahead of the EU referendum.

He had been housing minister since January, having previously served as justice minister. Raab has been MP for Esher & Walton since May 2010.

He will now be responsible for day-to-day negotiations with the EU’s Michel Barnier.

Davis quit on Monday, saying he no longer believes in Theresa May’s plan for the UK’s future relationship with the EU, as agreed by the cabinet at Chequers on Friday.

Davis said it looked “less and less likely” the party would deliver on the Brexit result and the Conservative commitment to leave the customs union and single market.

He claimed on Monday morning he had no desire to weaken the prime minister, but said he could not be a “reluctant conscript” to her plans that were agreed by the whole cabinet last week.