The Royal Institute of British Architects’ (RIBA) Future Trends survey asked respondents to give monthly predictions for overall workload and staffing levels over the next three months. It also asked for predictions about workloads in four key sectors. This included private housing, commercial, community, and the public sector.

According to the data the Workload Index rose from +26 in February to +36 in March. London and the south of England showed the greatest increase in confidence, with practices located in the former seeing figures of +42 and +39 in the latter.

The survey revealed that all four key sectors saw an increase during March this year, but it was private housing that remained the most positive. This sector saw its confidence rating reach +34 in March, an increase from +27 in February.

During the same period commercial sector confidence also increased from +15 to +19.

RIBA said both private housing and the commercial sector continued to be the primary drivers behind the increase in workload for architects, with the two sectors increasing at a rate of around eight per cent a year.

At the other end of the spectrum public sector workload continued to be the poorest performer, but did see some increase during March, reaching +5. This was a rise of +1 compared to February.

Additionally, the RIBA Future Trends Staffing Index also revealed confidence was growing. The figures increased from +9 in February to +16 in March. RIBA noted an increase in the number of practices that anticipated taking on more temporary staff in the medium term. This suggested greater certainty about future projects. 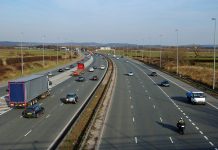