UK’s self-employed construction workers will get a grant of 80% of their average monthly trading profit over the last three years up to £2,500, the chancellor has announced

Millions of self-employed individuals will receive direct cash grants though to help them during the coronavirus outbreak.

Sunak has set out plans that will see the self-employed receive up to £2,500 per month in grants for at least 3 months.

The new Self-Employed Income Support Scheme will allow those eligible to receive a cash grant worth 80% of their average monthly trading profit over the last three years. This covers 95% of people who receive the majority of their income from self-employment.

Sunak said the package was “one of the most generous in the world that has been announced so far”.

The new Self-Employed Income Support Scheme brings parity with the Coronavirus Job Retention Scheme, where the government committed to pay up to £2,500 each month in wages of employed workers who are furloughed during the outbreak.

A crucial part of the UK’s workforce

Chancellor Rishi Sunak said: “Self-employed people are a crucial part of the UK’s workforce who’ve understandably been looking for reassurance and support during this national emergency.

“The package for the self-employed I’ve outlined today is one of the most generous in the world that has been announced so far. It targets support to those who need help most, offering the self-employed the same level of support as those in work.

“Together with support packages for businesses and for workers, I am confident we now have the measures in place to ensure we can get through this emergency together.”

Do I qualify for the Self-Employed Income Support Scheme?

To qualify, more than half of their income in these periods must come from self-employment.

To minimise fraud, only those who are already in self-employment and meet the above conditions will be eligible to apply. HMRC will identify eligible taxpayers and contact them directly with guidance on how to apply.

The income support scheme, which is being designed by HMRC from scratch, will cover the three months to May. Grants will be paid in a single lump-sum instalment covering all 3 months and will start to be paid at the beginning of June.

Individuals should not contact HMRC now. HMRC will use existing information to check potential eligibility and invite applications once the scheme is operational.

Those who pay themselves a salary and dividends through their own company are not covered by the scheme but will be covered for their salary by the Coronavirus Job Retention Scheme if they are operating PAYE schemes.

Construction workers, plumbers, electricians and many other self-employed people who are eligible for the new scheme will be able to apply directly to HMRC for the taxable grant, using an online form, with the cash being paid directly into people’s bank account.

Brian Berry, chief executive of the FMB, said: “Construction workers across the country will now be taking a collective sigh of relief knowing they will now be protected in the same way that employees will be if they lose work due to COVID-19.

“I am delighted that the chancellor has heeded our calls to be generous with his offer to the self-employed, who make up almost 40% of those working in the construction industry. Building companies will now also be able to close sites to protect workers and public health without having to worry about the losses faced by self-employed workers on those sites.

“We now urge the Treasury and HMRC to ensure that all support packages are up and running as soon as physically possible.”

Relieved Chancellor has brought forward the protection scheme for the self-employed. My worry is that if people cannot get access to the Scheme until June it will simply be too late for millions. People need support in the coming days and fortnight. 1/

We welcome the announcement which offers support to the vast majority of the UK’s 5 million self-employed, a number of whom work in construction. We recognise the complexities of the scheme but it’s critical that this support is delivered on the ground as soon as is possible. https://t.co/p9NtAui6HE 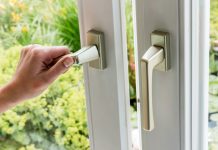