We know how many people are hit by the housing crisis – it’s time to take action to end it, says James Prestwich, head of policy at the National Housing Federation

For years, researchers and campaigners have been trying to understand the full scale of the housing crisis. The most visible aspects are just the tip of the iceberg – homelessness, to take just one example, means much more than the stereotypical image of someone sleeping on the streets. What’s more, there are other aspects of the housing crisis that are much harder to quantify: the people who can’t afford to pay their rent without pushing themselves into poverty, or are stuck in a home they can’t get around anymore.

Now, for the first time, we have been able to quantify exactly how many people are hit by the housing crisis in all its forms, including high house prices and rents, unsuitable or poor quality homes, and the overall shortage of new homes. Our latest research shows that a staggering 8.4m people – about 1 in 7 in England – are affected by the housing crisis in one way or another.

We also know how many people are touched by each of these different aspects. More than 3.5m people are living in overcrowded homes, while 2.5m people can’t afford their rent or mortgage costs. Another 2.5m people are living in so-called “hidden households”, unable to move out of their parents’ home or a flat-share because of the high cost of living. And this is before we get to the 1.7m people in unsuitable housing, the 1.5m people in poor quality homes, or the 400,000 people who are either homeless or at risk of homelessness. Of the 8.4m people hit in total, some are unlucky enough to be affected by more than one issue at once.

Clearly, this is a spectrum of different experiences – we aren’t saying that every single one of these situations are equally bad. But we shouldn’t forget that they are all having serious impacts on real people. Many of those stuck in hidden households have put off starting a family because they can’t find somewhere they can afford to put down roots. Many of the people living in unsuitable homes aren’t able to even get around their house. And our previous research has shed light on the problems faced by overcrowded families, including parents sleeping in bathrooms or hallways and children unable to do their homework.

It’s also vital to remember that the housing crisis affects people in all parts of the country. People in every region are affected, including 2.2m in the North of England and 1.5m in the Midlands. Different issues are more common in different regions – more people in the North struggle to afford their rent, while people in the South are more likely to face issues like overcrowding or living with their parents because they can’t afford to move out.

Given the scale of the problem, it’s clear that the private sector alone cannot build all the homes that the country needs. Simply building more homes will do nothing to bring down prices – we need to pay close attention to the people who need some form of affordable housing to help them get back on their feet, save to build a new life or put down roots in a stable home.

Our research shows that more than 3.6m people need to be living in appropriate social housing, but currently aren’t. Significantly, this is about double the government’s own estimate. Official figures are a total of the number of people who have approached their council to apply for social housing. But we know the need is much greater than this. For one thing, many people don’t even bother applying for social housing in the first place, because they think there’s almost no chance of success. It’s clear, then, that many people who are in desperate need of social housing aren’t included in the official figures.

Delivering the amount of social housing we need, ensuring that everyone can live in a decent home they can afford, will require a major building programme. And this can’t happen without government support. We’ve previously calculated that the country needs around 145,000 affordable homes every year in order to meet need, including 90,000 for social rent.

Overall, this will require government investment of around £12.8bn each year. This is a significant step-up on existing funding levels, but we believe that it can be done. Not only is it the only way to end the housing crisis that damages millions of people’s lives, it also makes economic sense. The government is currently spending £22bn each year on housing benefit, topping up low earners’ rents. Investing in new social housing could bring this cost down considerably, all while growing the economy (potentially by as much as £120bn each year).

About 1 in 7 people in England are hit by the housing crisis in one way or another – this is the true scale of the issue. Not only do we know that, but we also know the solution. It’s time for the government to set it in motion, delivering the homes the country needs and ending the housing crisis for millions of people. 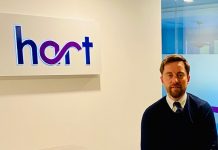 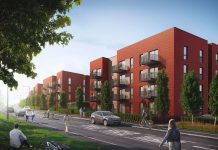 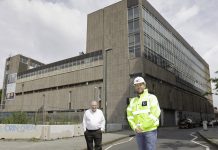